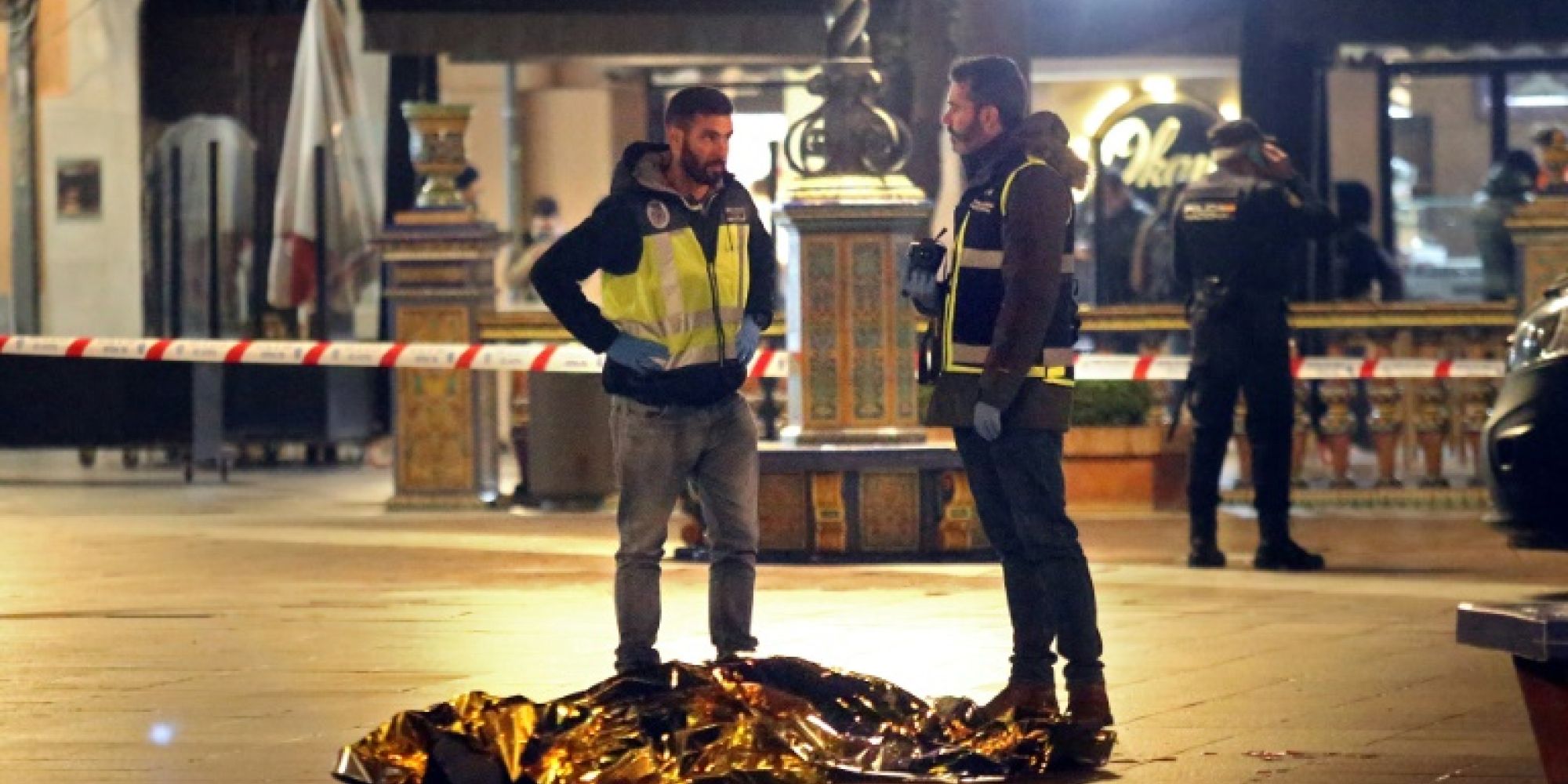 One dead in machete attack on Spain churches

A church official was killed and a priest seriously wounded late Wednesday when a man wielding a machete stormed two churches in southern Spain, the government said.

Prosecutors immediately opened a terror probe into the attack, which took place in the port city of Algeciras in Spain's southern Andalusia region.

'Just after 7:00 pm (1800 GMT) this evening, a man entered the church of San Isidro in Algeciras, where, armed with a machete, he attacked the priest, leaving him seriously wounded,' an interior ministry statement said.

'Subsequently, he entered the church of Nuestra Senora de La Palma in which, after causing damages, he attacked the verger. The verger managed to get out of the church but was caught by the attacker outside and sustained mortal injuries,' it said, indicating he had died on the spot.

'Moments later, (the assailant) was disarmed and arrested and is currently in police custody.'

The two churches are several hundred metres apart and located in an area very close to the port.

Police initially said several people had been wounded but later clarified it was only the priest, with the emergency services confirming he had sustained injuries 'to the neck'.

The mayor of Algeciras said the verger who died was called Diego Valencia and identified the priest as Antonio Rodriguez.

In a posting on Twitter, the local congregation said Rodriguez, 74, had been celebrating the Eucharist at San Isidro church when he was attacked, describing his condition as 'serious but stable'.

A police source told AFP the assailant was wearing a long robe and had 'shouted something' as he carried out the attack.

Eyewitnesses at Nuestra Senora de La Palma told local media that a man ran into the building at around 7:30 pm just as they were finishing the Eucharist service. They said he was shouting and had started to throw icons, crosses and candles to the floor.

Prosecutors opened a terror probe which is being led by a judge from the Audiencia Nacional, Spain's top criminal court which handles terror-related cases.

Police did not identify the suspect but released a video in which he is seen from behind wearing a black, white and grey hoodie and black trousers and being led away, handcuffed, by two police officers.

Algeciras town hall said it would hold an official day of mourning on Thursday when flags would be lowered to half-mast. A demonstration would take place at midday to express outrage at the bloodshed.

The attack drew swift condemnation from across the political spectrum.

'I send my deepest condolences to the families of the verger who die in this terrible attack,' Prime Minister Pedro Sanchez wrote on Twitter, wishing a speedy recovery to the injured.

Opposition leader Alberto Nunez Feijoo of the right-wing Popular Party said he was 'appalled' by the incident.

Police have not commented on the possible motives, or political and religious affiliation of the attacker.

However, the incident was denounced by the local Muslim community, which said it condemned 'the brutal and vicious attack in Algeciras' and deplored the verger's death.

'These criminal acts, which some want to link to Islam or Muslims, tarnish the coexistence that society in Algeciras has historically enjoyed,' it said in a posting on the Facebook account of Ishbilia mosque in Seville, the regional capital.

'These reprehensible acts are far from our religion and the Muslim community.'