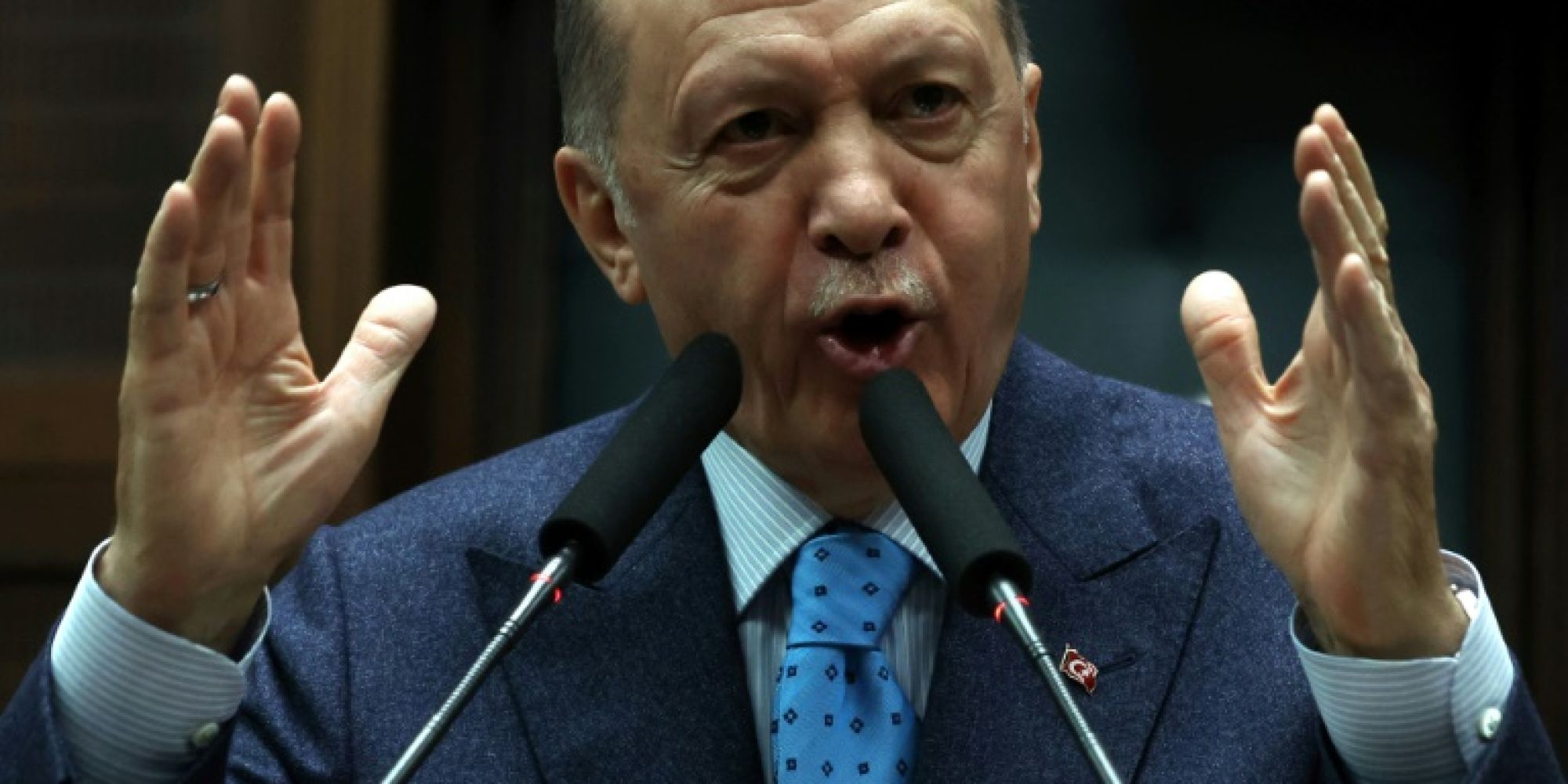 Turkey's Erdogan announces elections for May 14

President Recep Tayyip Erdogan has announced that Turkey's elections will be held on May 14 -- a month earlier than scheduled -- as the opposition still searches for a unified candidate to stand against him.

This could prove to be the most challenging election in Erdogan's two-decade rule; which has seen economic booms, giant development projects as well as disputes with neighbours, wars and a failed coup.

'I will use my authority ... (to) bring the election date forward to May 14,' Erdogan said in a video from his meeting with young people in northwestern city of Bursa this weekend.

Turkey's next general election was officially due on June 18.

'This is not an early election but bringing it forward,' Erdogan said during the video broadcast shared by his office.

The Turkish leader said that they had agreed on an adjustment to the timetable with its junior right-wing coalition partner to avoid disrupting the school exam schedules.

The election campaign is due to start on March 10, which would give the Turkish opposition even less time to prepare.

They have been trying for months to agree on a single candidate to challenge Erdogan at the polls.

While Turkey's high inflation and weakening currency could help their cause, internal disagreements play to Erdogan's advantage.

He has been using the government's dominance in the media to control the nation's political debate.

An opposition party source told AFP this week that their joint candidate would be announced in February.

Istanbul's popular opposition mayor Ekrem Imamoglu is a favourite in opinion polls, which suggest he could beat Erdogan in a head-to-head race.

It was he who put an end to the domination of Erdogan's ruling party in the 2019 local elections.

An Istanbul court last month banned the 52-year-old from politics, but he has appealed and can technically run for president.

Imamoglu's legal battle has turned the main opposition CHP party's leader Kemal Kilicdaroglu into the most likely candidate to stand against Erdogan.

Bookish and less telegenic than the mayor, Kilicdaroglu has struggled to secure the support of the other opposition leaders.

Erdogan, a pious Muslim who does not drink or smoke, is seeking to secure a place alongside Mustafa Kemal Ataturk -- in the pantheon of transformative Turkish leaders.

Critics, however, accuse him of undermining the secular pillars of the modern republic.

Since he came to power in 2003, first as prime minister and then president, he has embarked on an ambitious infrastructure programme, building tunnels, bridges and the country's largest airport.

He challenged Turkey's coup-filled past and cut the wings of the military, himself surviving a bloody coup attempt in 2016.

But his subsequent crackdown on opponents as well as uneasy relations with NATO allies have raised questions about Turkey's future direction under his rule.

Erdogan had on Wednesday spoken of his intention to bring the election date forward to May 14, recalling the day Turkey held its first free election in 1950.

The winner on that occasion, Adnan Menderes -- a prime minister and an emblematic figure for the Turkish conservatives -- was toppled by a military junta in 1960 and executed a year later.

Erdogan's pick of May 14 is seen as a gesture to the conservative electorate.