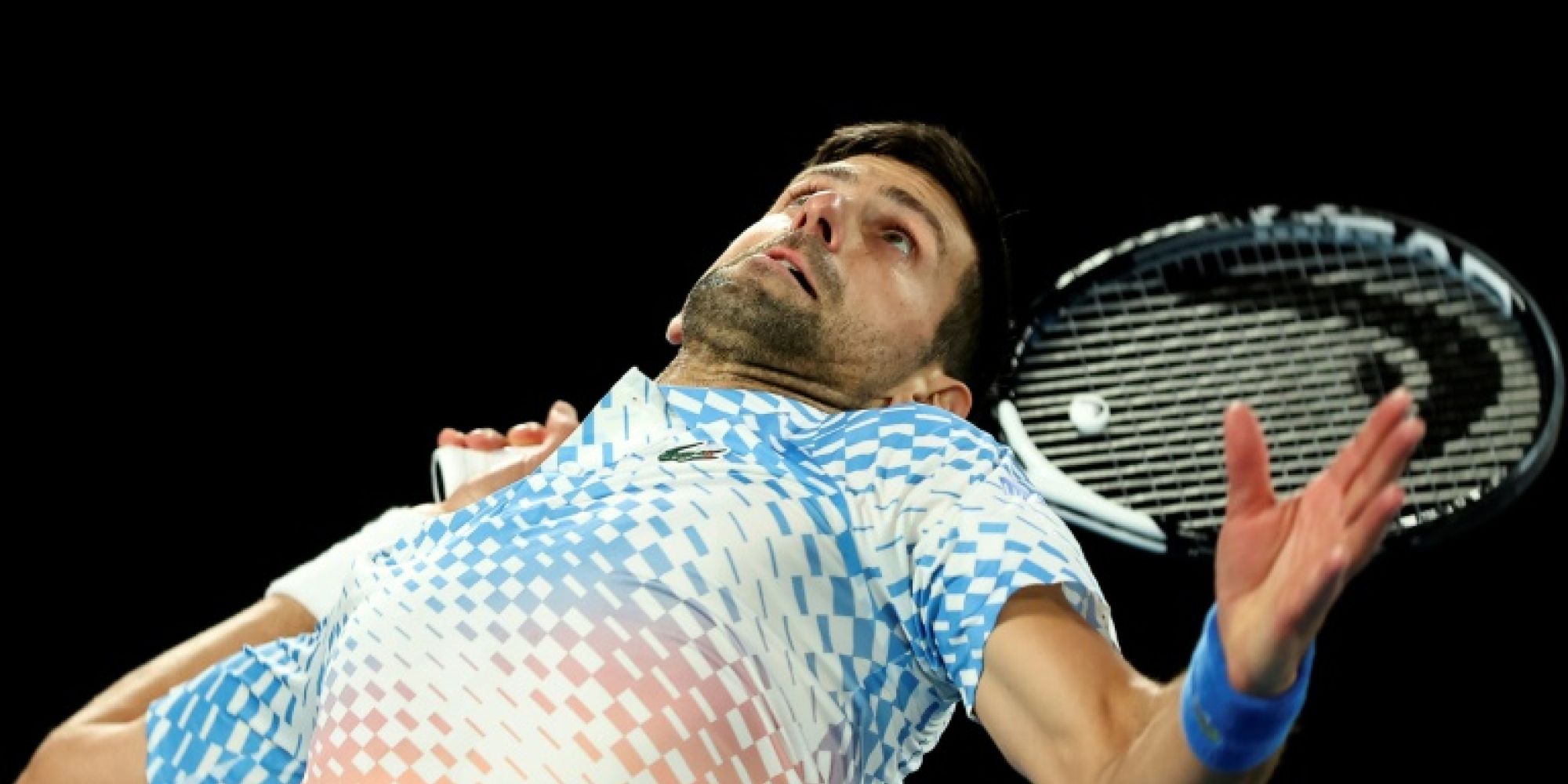 Djokovic barrels into Australian Open third round as seeds fall

Novak Djokovic scrapped his way into the Australian Open third round Thursday to ramp up his bid for a 22nd Grand Slam crown, but Ons Jabeur was prime among the numerous seeds to crash out.

Most of the carnage occurred in the men's draw -- second seed Casper Ruud, Taylor Fritz, Alexander Zverev and Diego Schwartzman were all sent packing on day four at Melbourne Park.

With the shock exit on Wednesday of hobbling defending champion Rafael Nadal, the top two seeds are both now gone.

With top-ranked Carlos Alcaraz also absent through injury, it presents a huge opportunity for Djokovic, who even before that was hot favourite to win a 10th Melbourne crown.

The 35-year-old Serb required a medical timeout and had heavy strapping on his left thigh against 191st-ranked qualifier Enzo Couacaud.

He was also bothered by some rowdy fans and at one point during the match demanded that a drunken fan be thrown out.

'There was a lot happening tonight in the match,' Djokovic, who has been struggling with a hamstring injury, told the Rod Laver Arena.

His on-court interview was momentarily paused when a spectator shouted out.

'I love you too, thank you,' said Djokovic, who has enjoyed a warm return to Melbourne Park following his deportation a year ago because of his stance on Covid vaccines.

Among the leading men's players who lost out Thursday, world number three Ruud was always struggling against hard-hitting Jenson Brooksby, and the Norwegian went down in four sets to the American, 6-3, 7-5, 6-7 (4/7), 6-2.

The 39th-ranked Brooksby, who is on his Australian Open debut, will face compatriot Tommy Paul in round three.

Ruud, who could have become world number one in Melbourne, refused to blame an abdominal injury.

'I gave it my all, but in the fourth set especially it wasn't enough,' he said.

'This is a dream and I don't want to wake up at all,' said 113th-ranked Popyrin, who was reduced to tears by the crowd chanting his name.

Zverev, the 12th seed, suffered another setback on his return from serious injury as he lost to 107th-ranked Michael Mmoh.

In the women's draw it looked as if most of the top seeds would sail through.

But after the clock ticked past midnight, Tunisian number two seed Jabeur was beaten 6-1, 5-7, 6-1 in 1hr 41min by Czech world number 86 Marketa Vondrousova.

Earlier in the day, Aryna Sabalenka showed why she is a serious contender by powering into the third round.

Sabalenka, who reached the semi-finals at the US Open last year, extended her 2023 unbeaten record to six matches. She won the recent Adelaide International without dropping a set.

It is a marked contrast to the start of last season when her serve completely deserted her, reducing her to tears during an Australian Open warm-up event.

Sabalenka served three aces against Rogers but, tellingly, no double faults. She talked openly about the hard work involved in turning her fortunes around.

'I worked a lot on my serve. You can't even imagine,' she told reporters.

'Oh my God, I did, I think, almost everything to try to fix my serve.'

The 21-year-old Volynets won 6-4, 2-6, 6-2 and then paid a heartfelt tribute to her extended family in war-ravaged Ukraine.

'I really feel for them and to have their support through all of this is incredible,' she said.