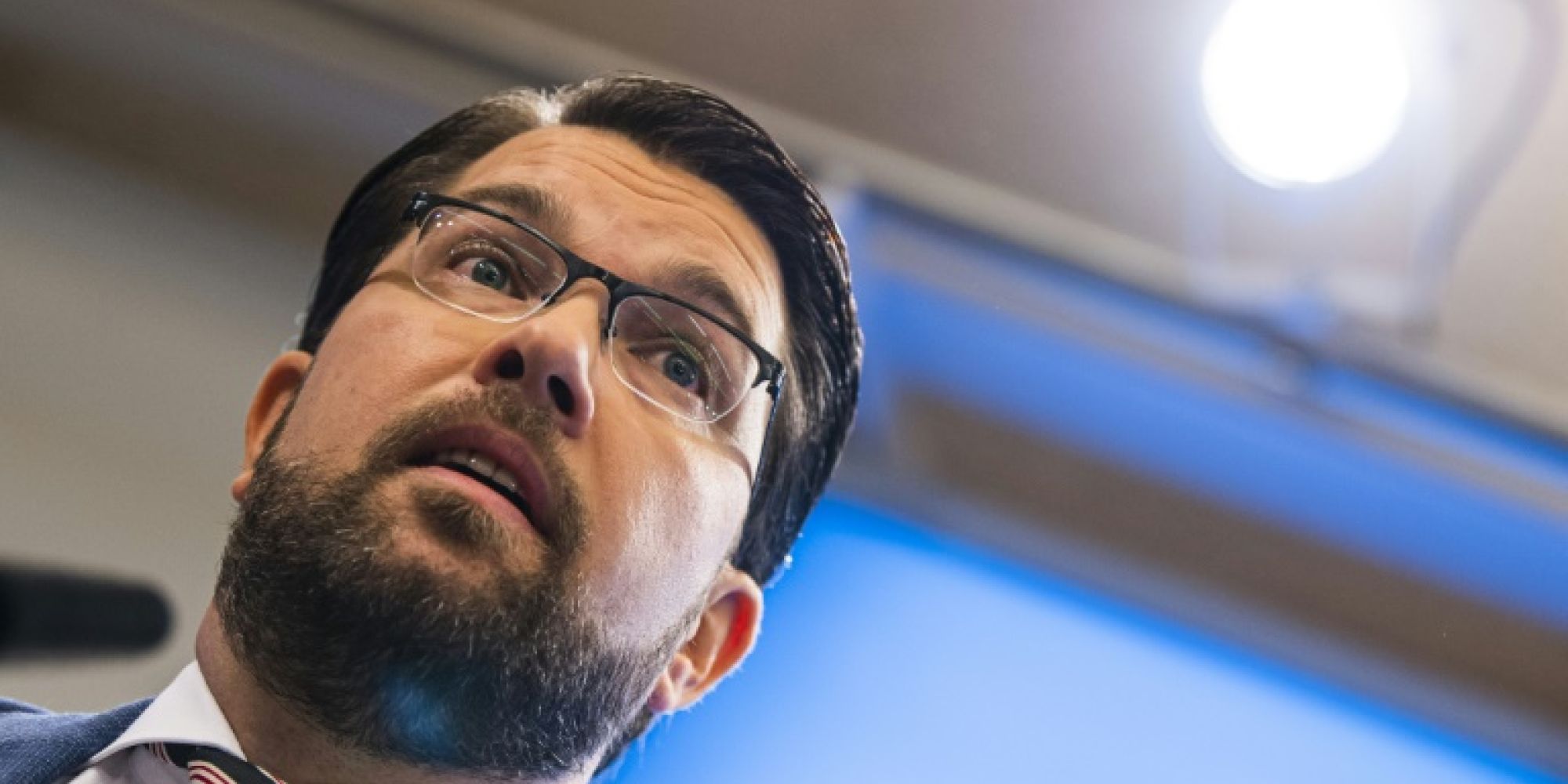 The leader of the far-right Sweden Democrats has attacked Turkey's President Recep Tayyip Erdogan as an 'Islamist dictator' as Ankara maintains its objections to approving Stockholm's bid for NATO membership.

Jimmie Akesson, whose party is currently propping up the Swedish government, made the comments in an interview with the Dagens Nyheter newspaper published Wednesday.

There are limits on how far the country would go to appease Turkey to secure its NATO membership '...because it is ultimately an anti-democratic system and a dictator we are dealing with,' Akesson told the newspaper.

Akesson also questioned whether Turkish President Recep Tayyip Erdogan, who prides himself on having never lost a national election over 20 years of rule, could be called democratically elected.

'I'm the party leader for the anti-islamic party SD and I have strong views on an Islamist dictator like Erdogan. He is elected by the people, yes. But so is Putin in that sense,' Akesson said.

The anti-immigration Sweden Democrats (SD) rose to be the country's second largest party in the September general election with 20.54 percent of the vote. Their support is crucial in order to prop up Prime Minister Ulf Kristersson's right-wing coalition government.

Turkey and Hungary are the only two countries who have yet to ratify Sweden's NATO membership.

Ankara wants Stockholm to crack down on activists close to the outlawed Kurdistan Workers' Party (PKK) before it will approve Sweden's NATO aspirations.

It also wants them to go after people accused of ties to Fethullah Gulen, a US-based preacher it accuses of involvement over a failed 2016 coup, but who Washington has refused to extradite.

Akesson's comments come a week after pro-Kurdish activists hung an effigy of Erdogan by its legs outside Stockholm city hall. The display was meant to evoke the fate of Italy's dictator Benito Mussolini, whose body was strung up after he was shot dead in 1945.

Both the Turkish and Swedish governments condemned the act, but that sparked a debate in Sweden about the need to avoid making sacrifices on freedom of expression.

Turkey and Sweden signed a memorandum of understanding at the end of June, paving the way for the membership process to begin. But Ankara says its demands remain unfulfilled -- in particular for the extradition of Turkish citizens Turkey wants to prosecute for 'terrorism'.

The Swedish government has stressed that the Swedish judiciary has the final say in these cases -- and that the courts are independent.

On Saturday, Erdogan's foreign policy adviser Ibrahim Kalin told reporters that the country was 'not in a position' to ratify Sweden's NATO membership.