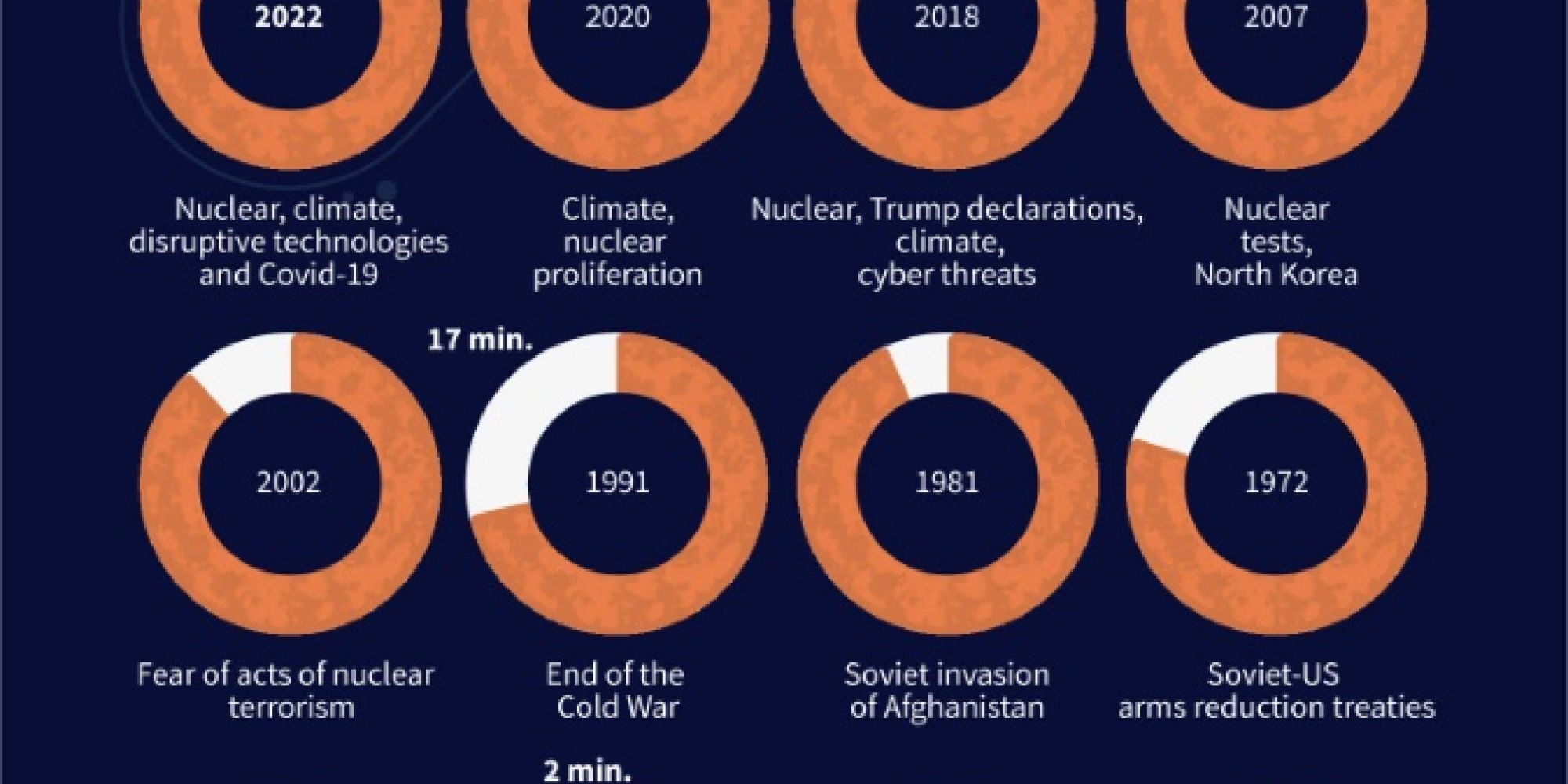 Doomsday Clock to be updated on January 24

An update is coming to the 'Doomsday Clock,' representing the judgment of leading science and security experts about the perils to human existence.

The Bulletin of the Atomic Scientists announced on Tuesday that they will announce at 10:00 am (1500 GMT) on January 24 whether the time of the symbolic clock will change.

The organization describes the clock as a 'metaphor for how close humanity is to self-annihilation.'

A decision to reset the hands of the clock is taken annually by the Bulletin's science and security board and its board of sponsors, which includes 11 Nobel laureates.

For 2023, the Bulletin said they will take into account the Russia-Ukraine war, bio-threats, proliferation of nuclear weapons, the continued climate crisis, state-sponsored disinformation campaigns and disruptive technologies.

The hands of the clock are currently at 100 seconds to midnight.

It was originally set at seven minutes to midnight.

The furthest it has ever been is 17 minutes, following the end of the Cold War in 1991.

The Bulletin was founded in 1945 by Albert Einstein, J Robert Oppenheimer and other scientists who worked on the Manhattan Project which produced the first nuclear weapons.

The idea of the clock symbolizing global vulnerability to catastrophe followed in 1947.