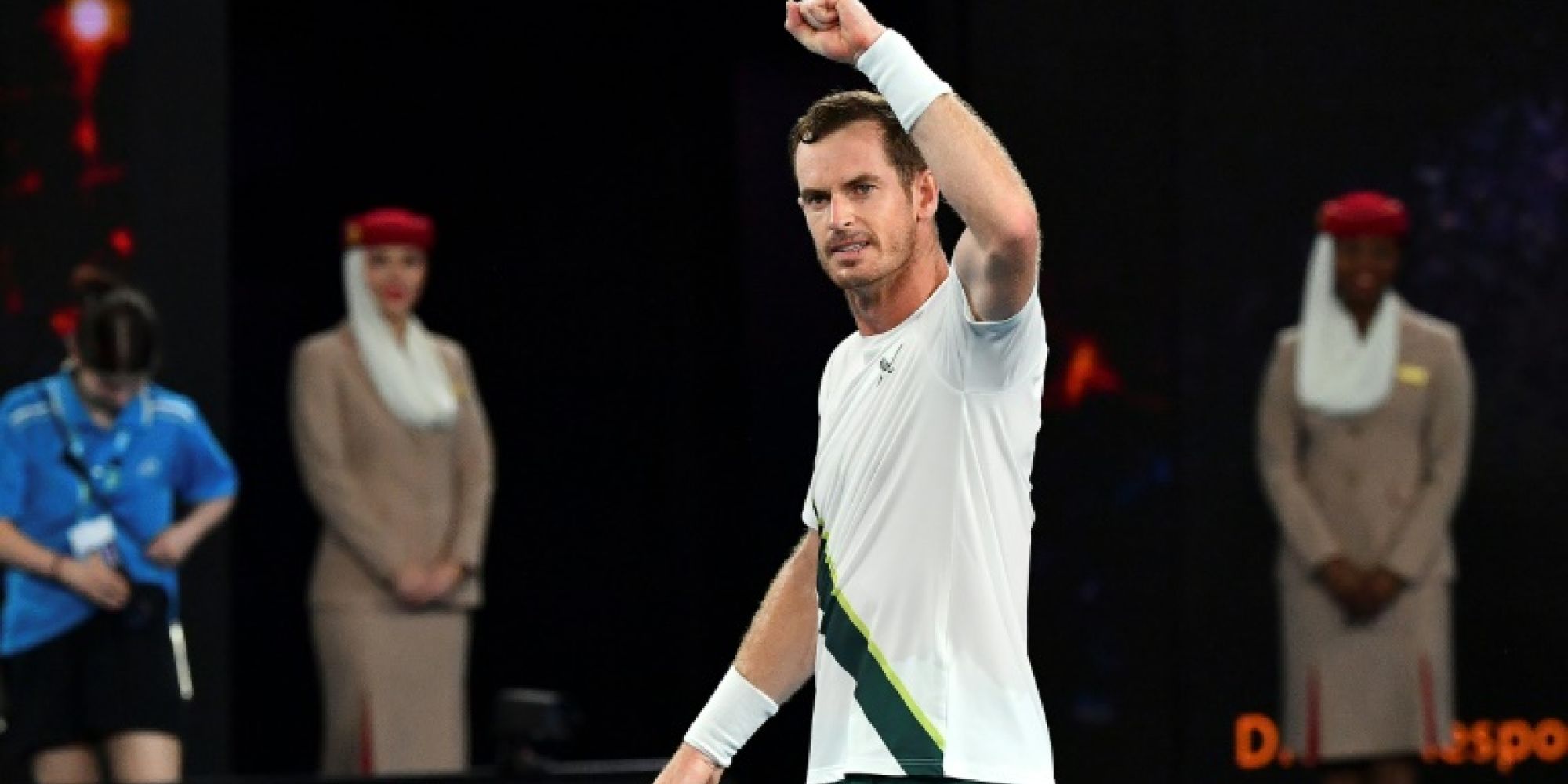 Andy Murray rolled back the years to defeat 13th seed Matteo Berrettini in a five-set epic at the Australian Open on Tuesday, on a day when sweltering heat and then heavy rain played havoc.

There was also controversy off the court on day two after organisers banned Russian and Belarusian flags at Melbourne Park.

Novak Djokovic was set to make his eagerly anticipated return to the Grand Slam later Tuesday, following his ban and deportation last year.

The day looked set to belong to the 35-year-old Murray -- and Melbourne's famously fickle weather.

'I will be feeling this this evening and tomorrow,' the former world number one, who plays with a metal hip after career-saving surgery, said.

'But right now unbelievably happy and proud of myself.'

The three-time major winner faces either Fabio Fognini or Thanasi Kokkinakis in round two.

Former US Open champion Thiem was outplayed as he continued his return from a wrist injury that kept him off the court for nine months across the 2021 and 2022 seasons.

As the mercury rose, the heat forced play to be halted on outside courts. The roofs were closed on the three main stadiums: Rod Laver Arena, Margaret Court Arena and John Cain Arena.

Play resumed on the outside courts about three hours later, only to be disrupted again in the evening when a storm hit, dumping torrential rain that forced players back into the locker room. About 90 more minutes of play were lost.

Serbia's Djokovic was deported on the eve of last year's Australian Open because of his stance on Covid vaccines.

But the 35-year-old will be back when he faces Roberto Carballes Baena of Spain in his opener and looks likely to be given a warm reception by the Rod Laver Arena crowd.

On Tuesday, Tennis Australia banned Russian and Belarusian flags after a complaint from the Ukrainian ambassador to Australia.

The red, white and blue stripes of Russia were seen Monday during at least two matches, with Ukrainian fans reportedly calling security and police to the stands.

Since Russia's invasion of Ukraine, Russian and Belarusian players have normally competed under a neutral flag as independents, as is the case at the Australian Open.

Moscow called the ban an 'unacceptable politicisation of sports'.

The women's draw threw up no real shocks.

Tunisia's second seed Ons Jabeur, runner-up at Wimbledon and the US Open last year, was far from her fluent best but eventually defeated Slovenia's Tamara Zidansek.

The shaky Jabeur won the first set on a tiebreak, lost the second 6-4, then finally found her rhythm to clinch the decider 6-1.

'I just tried to follow what my coach told me to do,' she said of her turnaround in the third set.

'I wasn't really doing that and he's going to kill me after the match,' she joked.

Caroline Garcia and Aryna Sabalenka -- fourth and fifth seeds respectively -- had it easier as they swept into the second round.

France's Garcia took just 65 minutes to overwhelm Canadian qualifier Katherine Sebov 6-3, 6-0 and cement her status as a contender for the first Grand Slam of the year.

The 26th seed Elise Mertens was another winner. The Belgian outlasted Spain's former Melbourne finalist Garbine Muguruza, who was cramping before losing 3-6, 7-6 (7/3), 6-1.