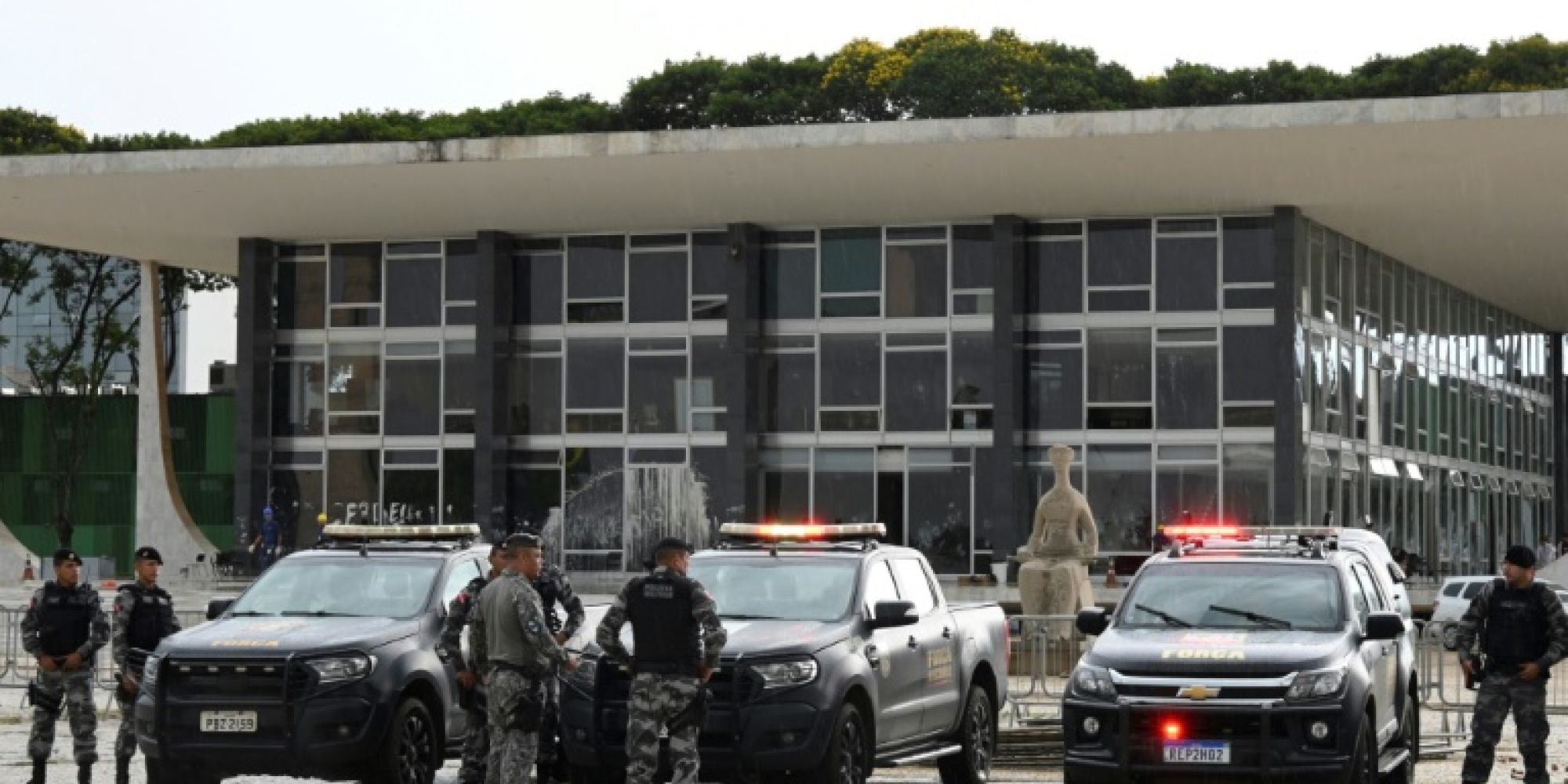 Brazil intensified a mop-up operation Thursday after the shock ransacking of government buildings in the capital, as President Luiz Inacio Lula da Silva said the rioters likely had inside help.

'I am convinced that the door of the Planalto (presidential) palace was opened for people to enter because there are no broken doors,' the president said in Brasilia.

'This means that someone facilitated their entry,' added Lula, who also pointed a finger at 'conniving agents' from the police and armed forces.

Dealing with the aftermath of the violent reaction by so-called bolsonaristas to his new presidential term, Lula added that 'from now on we will be tougher, more cautious, more prudent.'

He said any 'radical bolsonarista' found still working for the government will be dealt with, and cited media reports of alleged threats made by staffers inherited from the previous administration.

'How can I have a person outside my office who might shoot me?' asked the president, who narrowly defeated Bolsonaro in an October vote following a deeply divisive campaign.

Human Rights Watch, meanwhile, urged the government to 'thoroughly investigate all those who have incited, financed, or committed acts of violence in an attempt to negate election results.'

Investigations continue into security lapses and to identify those who masterminded and financed the rioters.

The attorney general's office announced Thursday it had identified 52 individuals and seven companies suspected of having helped pay for the uprising.

According to national broadcaster TV Globo, the suspects included leaders in the pro-Bolsonaro agro-business sector.

They are thought to have paid for the food and transport of rioters who arrived in Brasilia from several regions of the country on about 100 passenger buses.

'The pro-Bolsonaro movement is under pressure and lacks the degree of organization necessary for a counter-offensive,' said sociologist Geraldo Monteiro, co-author of a book on Bolsonarism.

In a parallel development, Globo and newspaper Folha de Sao Paulo reported Thursday that a memo proposing the overturning of election results had been found by authorities in the home of Bolsonaro's former justice minister Anderson Torres.

Torres had been serving as the security chief of Brasilia when the riots occurred, though he -- like Bolsonaro -- was in the United States at the time.

Federal police, executing a search warrant of Torres's house, reportedly retrieved a memo advocating for Bolsonaro to place a 'defense' cordon around the Superior Electoral Tribunal's headquarters in order to overturn the results.

Torres for his part said the memo was one of many proposals delivered to the ministry and it was in a pile of documents to be 'shredded in due course.'

In a Twitter thread, Torres said the leaked document is 'helping to feed false narratives' about him.

'I respect Brazilian democracy,' he said. 'My conscience is clear about my actions as minister.'

Torres was fired from his security post after the riots. He is expected to return from a US holiday Friday to face accusations of collusion.

Brasilia's military police chief and the region's governor have also lost their jobs.

In the United States, dozens of Democratic US lawmakers called Thursday for President Joe Biden to expel Bolsonaro.

'We must not allow Mr. Bolsonaro or any other former Brazilian officials to take refuge in the United States to escape justice for any crimes they may have committed when in office,' said the lawmakers.

Efforts continue to track down more of those involved, with suspected rioters identified through security cameras or selfies they themselves posted on social media.

Seeking to prevent a repeat of Sunday's destruction, security forces were placed on a war footing Wednesday in response to threats of fresh protests.

But the promised mass mobilization to 'take back power' from Lula and his leftist government never materialized, leaving riot police with helicopter backing twiddling their thumbs as they maintained a security ring around Brasilia's Esplanade of Ministries.

A poll published by the Datafolha institute Wednesday said 93 percent of Brazilians condemned Sunday's uprising, though another -- by Atlas Intelligence -- found one in five supported the rioters.

The arrest of nearly 2,000 and the strong security deployment appeared to act as a deterrent to renewed mobilization.