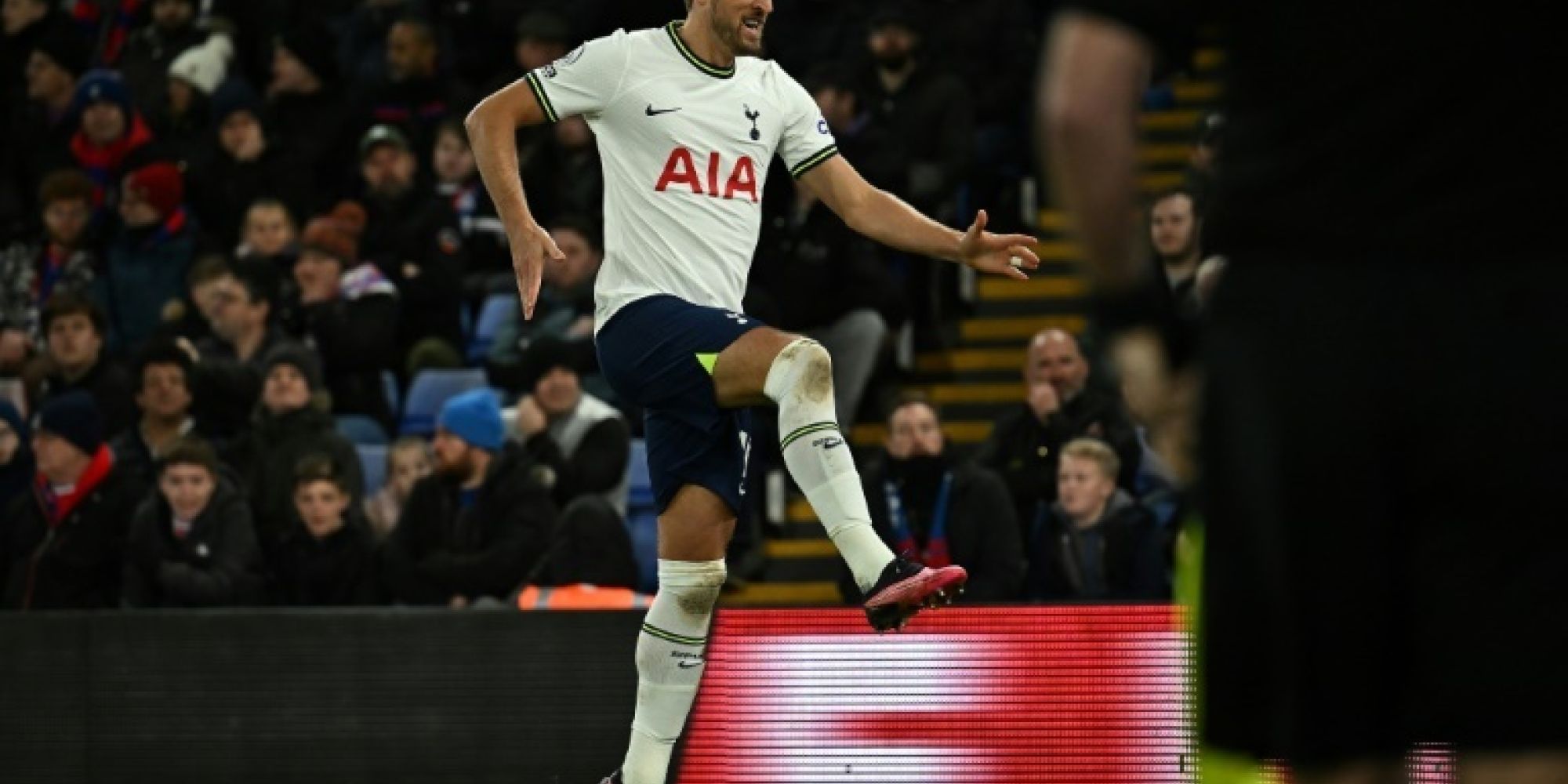 Harry Kane lifted the gloom at Tottenham on Wednesday, scoring twice in a convincing 4-0 win against Crystal Palace as Nottingham Forest hauled themselves out of the relegation zone.

Forest beat bottom side Southampton 1-0 while troubled Wolves drew at Aston Villa and West Ham shared the points with Leeds.

The disaffected Italian manager, used to success at Inter Milan, Chelsea and Juventus, warned this week he would only stick around if he was 100 percent convinced by the club's project.

Conte was looking for a reaction after Sunday's 2-0 defeat at home against Aston Villa but his team were second best in the first half at Selhurst Park, lacking zip in attack.

But it was a different story after the break, with England captain Kane scoring twice in five minutes in his 300th Premier League appearance to move just two goals behind Jimmy Greaves' all-time record for the club of 266.

Earlier, Palace had come agonisingly close to opening the scoring in the 27th minute when Jordan Ayew brought a fine save from Tottenham goalkeeper Hugo Lloris after he was found by Wilfried Zaha.

That galvanised Palace and minutes later Joachim Anderson hit a powerful left-footed shot from just outside the area that flashed just wide.

An insipid Tottenham survived until half-time but came out after the break a totally different side.

They broke the deadlock in the 48th minute when Ivan Perisic crossed to Kane from the left and he neatly nodded past Vicente Guaita at the near post.

Kane doubled Spurs' lead when the ball fell to Bryan Gil on the right and he flicked a pass to the England captain, who sent a low strike unerringly into the bottom left corner.

Matt Doherty made it 3-0 midway through the second half and Son Heung-min completed the scoring four minutes later.

Nottingham Forest climbed out of the Premier League relegation zone courtesy of a precious 1-0 victory which heaped more misery on bottom club Southampton.

Taiwo Awoniyi's goal earned Forest a first top-flight away success of the season to strengthen their survival hopes.

West Ham looked to be heading for a sixth straight Premier League defeat when they fell behind to Willy Gnonto's goal for Leeds just before the half-hour.

But David Moyes's side drew level shortly before half-time through Lucas Paqueta's penalty after VAR had asked referee David Coote to view the pitchside monitor following a challenge on Jarrod Bowen.

Gianluca Scamacca gave them the lead moments after the restart but Rodrigo equalised in the 70th minute.

Daniel Podence fired Wolves into the lead at Villa Park but Danny Ings levelled in the 78th minute to ensure Wolves remained in the relegation zone.

Manchester City take on Chelsea on Thursday, bidding to close the gap to leaders Arsenal to five points.