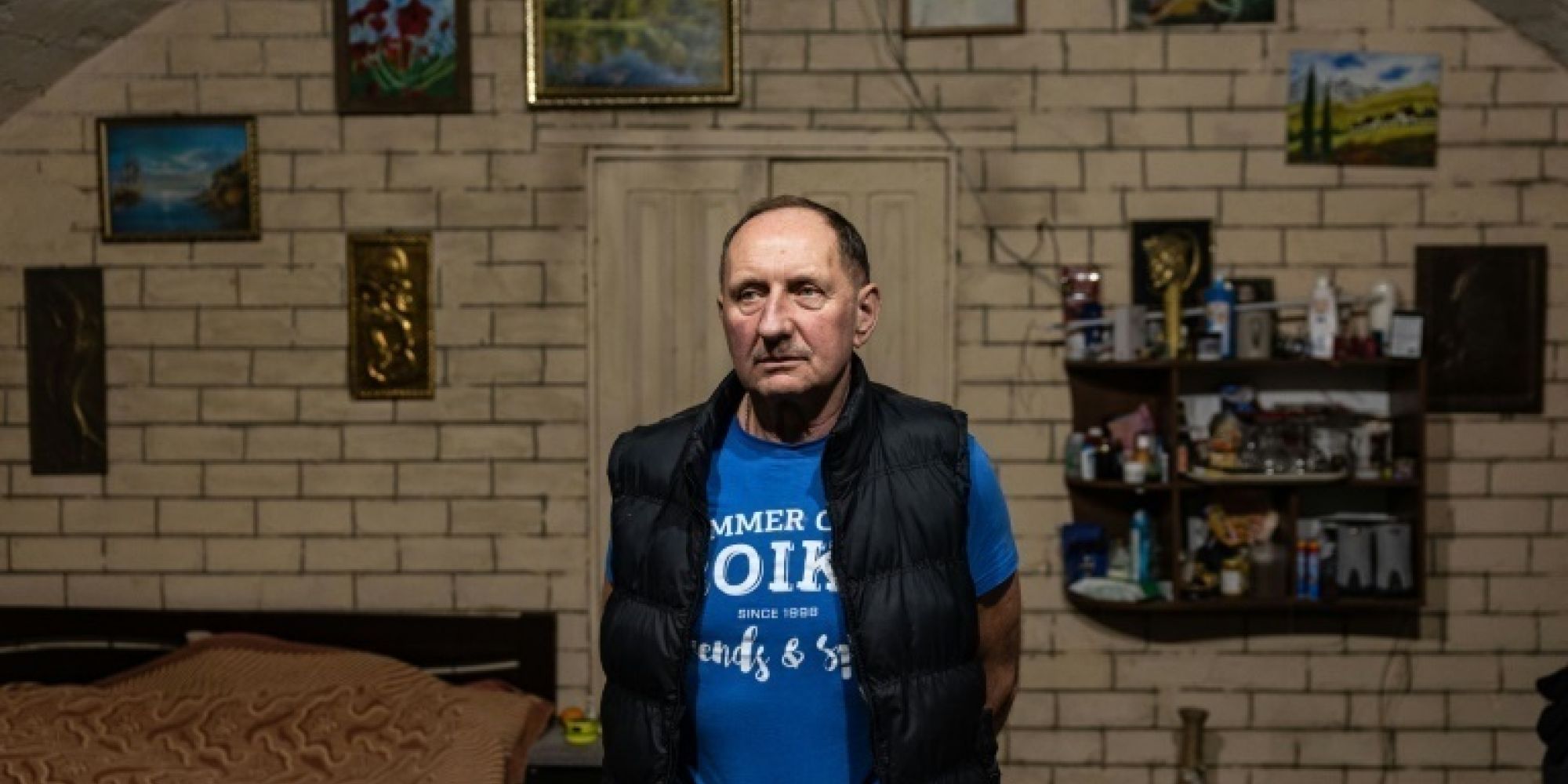 During the long months of Russian occupation in Izyum, Andriy Pleshan had as many as 60 people sheltering in his cellar, including a months-old baby.

Pleshan opened up his 19th century cellar for the local inhabitants to hide in -- echoing history, since the underground shelter was also used during World War II for those fleeing violence.

The town in eastern Ukraine, which had some 45,000 residents before the invasion, was reclaimed by Ukrainian forces in September after being occupied by Russia in the first months of the war.

After offering up the long-standing shelter to his neighbours, Pleshan did his best to make it comfortable.

He decorated the 70 square metre space with religious icons and paintings. Among them is a portrait of poet Taras Shevchenko. A record player has been set up and gym equipment including dumb bells and a punching bag lie in the corner.

During the first month of war, the frightened residents hardly left their underground home at all because it was too dangerous.

Among those who sheltered in his cellar was Nyka -- a baby aged just two months old when she first arrived with her parents a few days after the war started.

She was the youngest of all those hiding in the cellar, and Pleshan became close to the family.

'I became her godfather,' says Pleshan, proudly. He remembers being the only one who could soothe the baby to sleep while explosions boomed overhead.

They lived in terror of raids by Russian soldiers who regularly came to check on those sheltering in their cellars, and whether they had nationalist tattoos on their bodies.

'We could have been killed at any time,' Pleshan recalls, pouring a glass of his own homemade alcohol.

'This suffering united us'.

As the war enters its 11th month, most people have left. Those hiding in the cellar in Izyum have all gone -- some scattered around the country, others have fled abroad.

Only Pleshan remains in the cellar, with his dogs and cats.

Friends are living at his place, but he has chosen to stay in the ageing shelter to care for his pets.

He misses the company of Nyka and her parents, who sheltered in the cellar for two months before leaving.

'The parents feared for the health of the little one, who never saw the light of day,' Pleshan says.

'They managed to leave to join their relatives in Kursk,' he says, referring to a city in Russia not far from the Ukrainian border.

He has spoken to them since on the telephone.

'I told them I wanted to see them again soon, and they promised to come back in the spring,' he says.

In the early stages of the war, Izyum came under intense Russian shelling and the invading army occupied the city from early April until its liberation.

After it was liberated by Ukrainian soldiers in September, the discovery of a mass burial site and the corpses of torture victims made Izyum a byword for the alleged atrocities committed under Russian occupation.

The city is still filled with half-destroyed buildings, smashed facades and buildings blackened by smoke.

'Before, we lived well in Izyum,' says Pleshan, sadly. 'It was a pretty town, where we hunted, fished, collected mushrooms.

'Now, whenever there is an unexpected noise, we wonder what is going on. Men, children, animals -- everyone is afraid.'