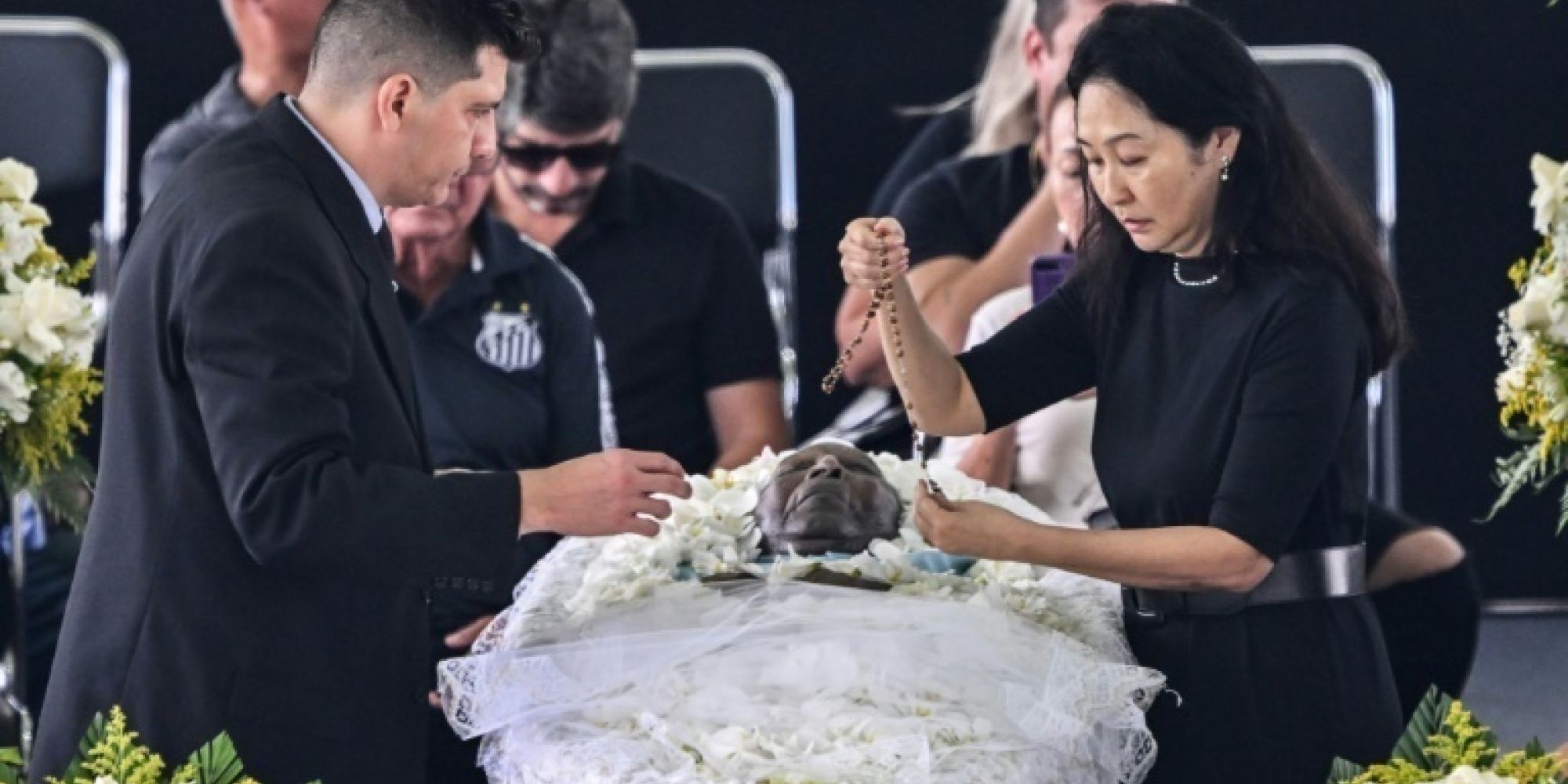 An emotional Brazil began paying its final respects Monday to football legend Pele with a wake at the stadium where he first took the world's breath away with his dazzling skill.

Throughout the day, thousands of fans and football dignitaries slowly filed through the Vila Belmiro, home to Pele's longtime club, Santos.

More continued to join the queue as night fell, waiting their turn to walk past the body of 'O Rei' (The King), lying at the center of the field.

Pele's coffin was draped in the flags of Santos and Brazil and surrounded by white flowers, including bouquets from the likes of Real Madrid or current Brazil star Neymar, whose father was in attendance.

Lula's office announced earlier that he would attend the wake on Tuesday morning, less than 48 hours after taking office, to 'pay his respects and tribute,' before a funeral procession and interment later in the day.

Pele, a three-time World Cup winner widely considered the greatest footballer of all time, died Thursday at age 82 after a battle with cancer.

FIFA president Gianni Infantino, who attended the wake with the heads of the South American and Brazilian football confederations, said the sport's governing body would ask all member countries to name a stadium in Pele's honor.

'Pele is eternal. He's a global icon of football,' he told journalists in Santos, a southeastern port city 75 kilometers (45 miles) from Sao Paulo.

Carlos Mota and his 12-year-old son Bernardo had traveled more than 500 kilometers from Rio de Janeiro to pay tribute to their hero.

'My whole childhood was influenced by what Pele did for Brazil, by his World Cup wins. He was a national idol,' Mota, 59, told AFP.

'I've always told my son, there are three indisputable facts: the ball is round, the grass is green and Pele is the greatest of all time.'

'I never saw Pele play, but I've seen the videos. He's the greatest player who ever walked the Earth,' he said.

Seventy-five-year-old retiree Vera Lucia, who had made the trip from Sao Paulo, was also braving the scorching sun to stand in line, which stretched to two kilometers in the early afternoon.

'I'm just devastated,' she said. 'We always loved watching his matches as a family.'

Born Edson Arantes do Nascimento, Pele exploded onto the scene at age 15, when he made his professional debut with Santos.

Tributes have poured in from around the world since his death, with a Who's Who of current and former football greats hailing his genius for the 'beautiful game.'

A stream of athletes, politicians, dignitaries and fans are expected in Santos for the wake, though turnout may be dented somewhat by the New Year's holiday weekend.

Some 7,000 people had filed past the casket by mid-afternoon, according to Brazil's TV Globo.

Pele's coffin was carried into the stadium by pallbearers dressed in black, led by his son Edinho.

The late icon's widow, Marcia Cibele Aoki, his third wife, whom he married in 2016, cried before his open casket as she reached out to touch his head. She also placed a rosary in his coffin.

Other tributes have come in from around Brazil, which held three days of national mourning.

At the headquarters of the Brazilian Football Confederation in Rio, a giant poster with Pele's image bears the word 'eternal.'

And Lula's inauguration Sunday began with a minute's silence in Pele's memory.

Pele had been in fragile health, suffering from kidney problems and then colon cancer.

But he remained active on social media, cheering on Brazil from his hospital bed in Sao Paulo during the World Cup in Qatar and consoling the pre-tournament favorites when they were eliminated in the quarter-finals, three weeks before his death.

The wake will be followed by a funeral procession Tuesday through Santos, including past the house of Pele's mother, 100-year-old Celeste Arantes, who is still alive.

The procession will end at Santos's Memorial Cemetery, where a Catholic funeral service will be held before Pele is interred in a special mausoleum.