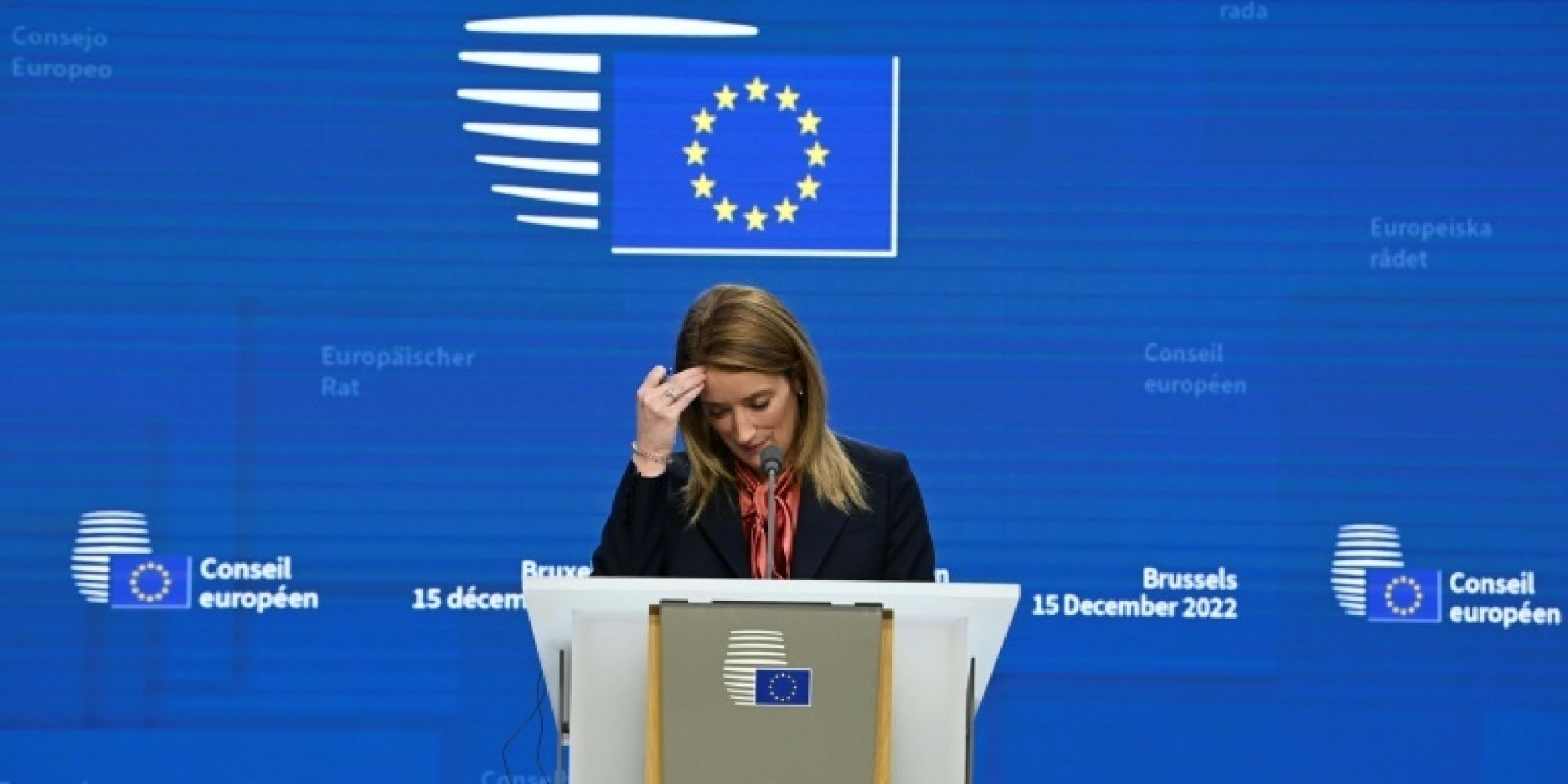 The European Parliament on Monday announced its chief, Roberta Metsola, had launched 'an urgent procedure' to lift the immunity of two MEPs amid a corruption scandal linked to Qatar.

The parliament did not give the lawmakers' names but said it was in response to an investigation by Belgian law enforcement into the graft allegations.

Sources briefed on the Belgian probe told AFP the two MEPs targeted by the procedure were an Italian, Andrea Cozzolino, and a Belgian, Marc Tarabella.

Both are members of the centre-left Social and Democrats grouping in the parliament.

The development follows a string of Belgian police raids in December on the addresses of MEPs, former MEPs and lobbyists that turned up a total 1.5 million euros ($1.6 million) in cash.

There are suspicions that the money was tied to alleged graft in the European Parliament benefiting Qatar.

Qatar denies having a role in any wrongdoing.

The scandal has shaken the European Parliament, with one of Metsola's vice presidents, Greek MEP Eva Kaili, among four suspects arrested in the raids in Belgium.

Through her lawyer, Kaili has denied knowing of the existence of 150,000 euros found in her home and asserted she is innocent.

A Belgian judge determined that parliamentary immunity did not apply in Kaili's case because she was allegedly caught red-handed. She remains in custody.

Tarabella's home was searched by Belgian authorities on December 10, according to a law enforcement source.

Metsola, tweeting about her procedure to lift the two MEPs' immunity, said: 'There will be no impunity. None.'

The parliamentary speaker has sought to frame the scandal as an outside attack on European democracy.

She has also vowed reforms to clean up the parliament, including by strengthening whistle-blower protections, banning all 'unofficial friendship groups' with foreign governments, and increasing vetting of MEPs finances.

The parliament's statement said the next step in lifting the MEPs' immunity would see Metsola detailing the request at the legislature's next plenary session on January 16.

From there, it would go to the parliament's legal affairs committee for a closed-door vote, with a decision then to be put to the full parliament to approve or reject it.

Metsola has asked for that process to be completed by February 13.

All four suspects arrested in the Belgian police raids remain in pre-trial detention.

They are: Kaili; her Italian boyfriend Francesco Giorgi, who was a parliamentary aide; former Italian MEP Pier Antonio Panzeri; and Niccolo Figa-Talamanca, the Italian head of an NGO suspected of making payments to MEPs.

All four are charged with 'criminal organisation, corruption and money laundering'.

Greece and Italy have launched their own investigations into the alleged corruption.

Kaili has been stripped of her vice president role and Greek authorities have seized a property and a bank account that were in her and Giorgi's names.

Tarabella was suspended from the Belgian Socialist Party on December 13, after the search on his home.

Through his lawyer, Tarabella said he had done nothing wrong and 'supports the lifting of his immunity if it is requested'.

Cozzolino was suspended from the Italian Democratic Party on December 16 pending the outcome of the graft probes.

Giorgi, according to one Belgian media report, has confessed and given details about the alleged graft operation.

One of Kaili's lawyers has said she felt 'troubled' and betrayed by Giorgi.