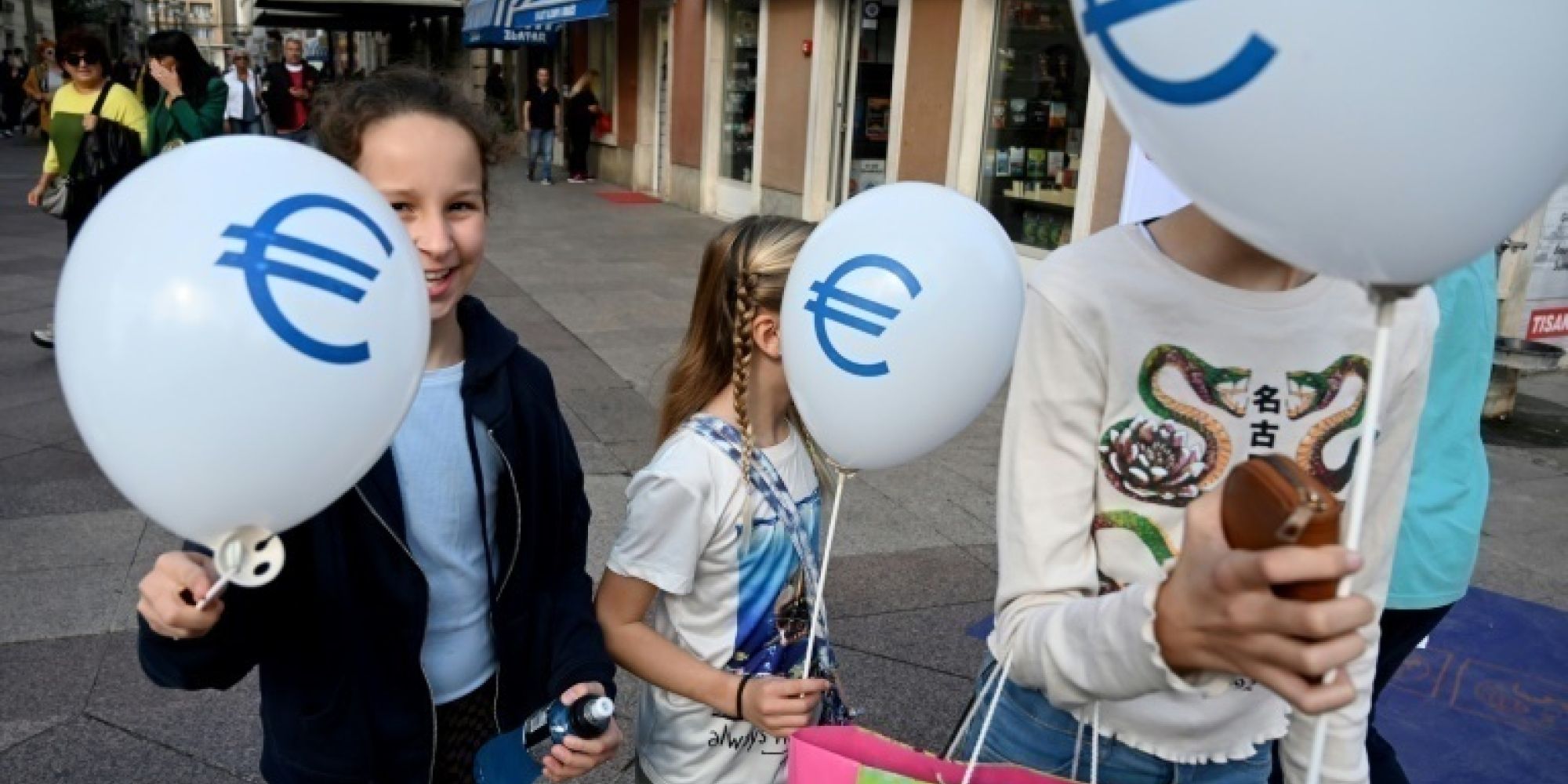 Croatia on Sunday switched to the euro and entered Europe's borderless zone -- two steps Prime Minister Andrej Plenkovic called a 'historic moment' for his country that joined the European Union nearly a decade ago.

At midnight, the Balkan nation bid farewell to its kuna currency and became the 20th member of the eurozone.

It is also now the 27th nation in the passport-free Schengen zone, the world's largest, which enables more than 400 million people to move freely around its members.

'It is the season of new beginnings. And there is no place in Europe where this is more true than here in Croatia,' tweeted EU chief Ursula von der Leyen, as she arrived in the country to mark the occasion.

During a joint press conference at the Bregana crossing, von der Leyen praised 'two immense achievements' for the EU's newest member reached on the same day.

'So indeed this is a day for the history books.'

Plenkovic echoed the point, stressing it was a 'historic moment' as the former Yugoslav republic, that fought a war of independence in the 1990s, has achieved what he called its 'strategic goals'.

Von der Leyen then headed to Zagreb where she was treated to a coffee at the main square by Plenkovic, who in a symbolic gesture paid in the new currency.

Experts say the adoption of the euro will help shield Croatia's economy at a time when inflation is soaring worldwide after Russia's invasion of Ukraine sent food and fuel prices through the roof.

But feelings among Croatians are mixed.

While they welcome the end of border controls, some fear the euro switch will lead to an increase in the cost of living as businesses round up prices when they convert them.

'It will be difficult. Prices that are already high will become even higher,' said Ivana Toncic, a teacher from Zagreb.

'The euro was already a value measure -- psychologically it's nothing new -- while entry into Schengen is fantastic news for tourism,' he told AFP.

Use of the euro is already widespread in Croatia.

Croatians have long valued their most precious assets such as cars and apartments in euros, displaying a lack of confidence in the local currency.

About 80 percent of bank deposits are denominated in euros and Zagreb's main trading partners are in the eurozone.

Officials have defended the decision to join the eurozone and Schengen, saying that in doing so Croatia completes its full EU integration.

Experts say the adoption of the euro will lower borrowing conditions amid economic hardship.

Croatia's inflation rate reached 13.5 percent in November compared to 10 percent in the eurozone.

Analysts stress that eastern EU members with currencies outside of the eurozone, such as Poland or Hungary, have been even more vulnerable to surging inflation.

French President Emmanuel Macron on Sunday hailed Croatia's switch to the euro, describing it as a 'stable and solid' currency that had contributed to Europe's resilience in facing the consequences of the war in Ukraine.

In recent days, customers have queued at banks and ATMs to withdraw cash, fearing payment problems during the immediate aftermath of the transition period.

As the clock struck midnight, a series of events were held along Croatia's borders with its EU neighbours to symbolise barrier-free travel.

Croatia's entry into the Schengen area is expected to provide a boost to the Adriatic nation's key tourism industry, which accounts for 20 percent of its GDP.

Previously long queues at the 73 land border crossings with Slovenia and Hungary will become a thing of the past.

But border checks will only end on March 26 at airports due to technical issues.

And Croatia will still apply strict border checks on its eastern frontier with non-EU neighbours Bosnia, Montenegro and Serbia.