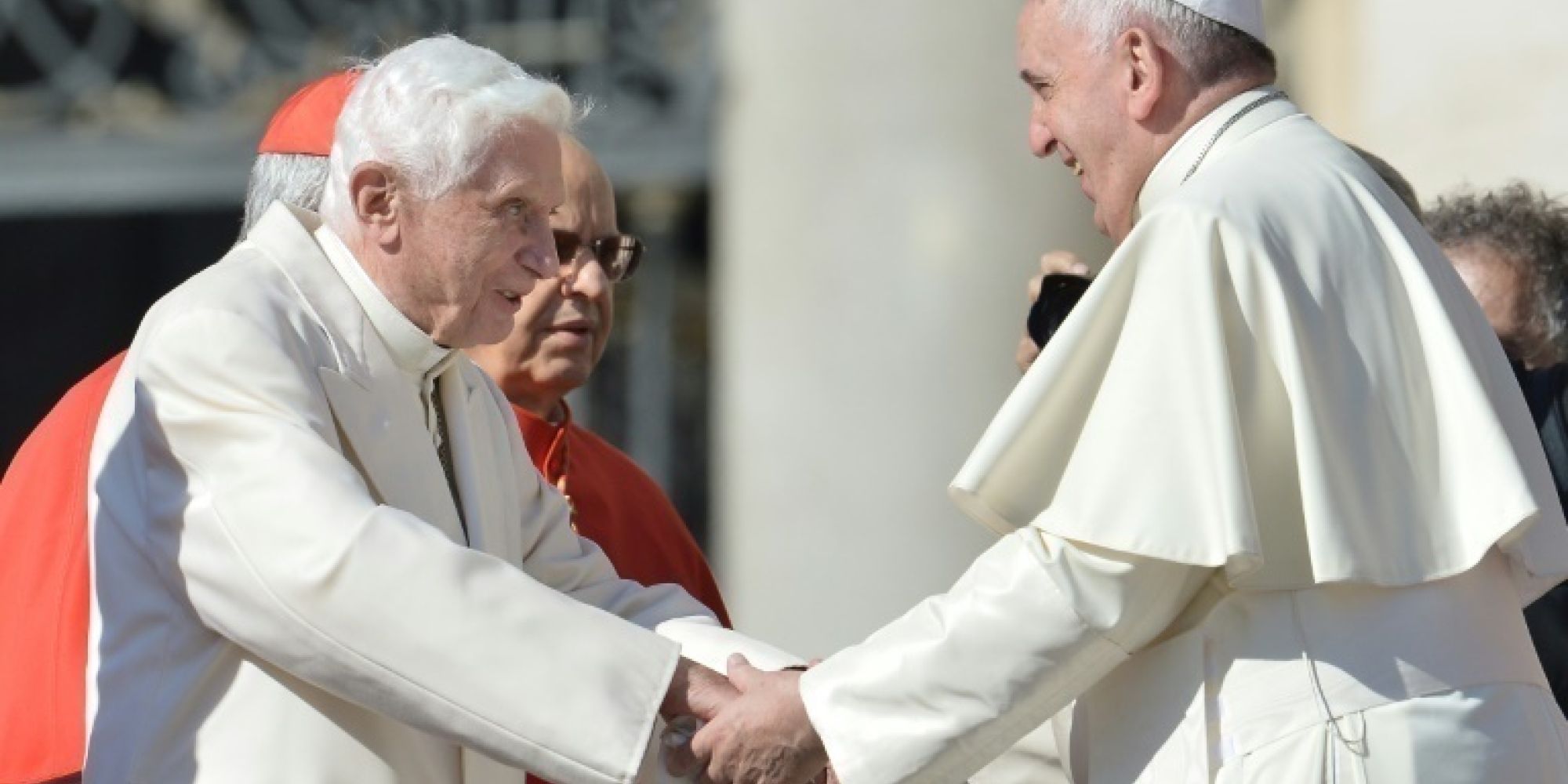 Catholic controversy over two popes in the Vatican

The shock retirement in 2013 of pope Benedict XVI, who died on Saturday aged 95, raised serious questions within the Roman Catholic Church about the extent to which there could be two 'men in white' at the Vatican.

His decision at the age of 85 to become the first pontiff to step down in almost 600 years also created a precedent that has loomed over the papacy of his successor, Pope Francis.

Benedict chose to be known as 'pope emeritus' and said he would live 'hidden from the world' in a former convent inside the Vatican grounds.

The unique decision to accommodate both a pope and his predecessor within the tiny city state provoked surprise in some quarters, amid concern that Benedict's presence could make it harder for Francis to make St. Peter's chair his own.

The unusual cohabitation initially went without a hitch.

But while Benedict stuck at first to his promise to carry out a life of quiet contemplation and academic research, he later weighed in on the explosive issues of clerical sex abuse and whether the priesthood could be opened to married men.

His contribution to a book in January 2020 on celibacy was seen as a strategic attempt to undermine Francis and boost the cause of a combative ultra-conservative wing of the Church.

Francis had tried to stamp out any ambiguity in 2016, saying Benedict was 'a pope emeritus and not the second pope', comparing his elder to 'a grandfather at home'.

For his part, Benedict also distanced himself in a March 2021 interview from 'fanatical' Catholics who repeatedly voiced doubts about whether he stepped down willingly.

'There is only one pope,' he insisted.

But popular culture ran with the idea of two.

'The Two Popes', a 2019 film by Brazilian director Fernando Meirelles, imagined an oratorical joust between an authoritarian German pope played by Anthony Hopkins and a future Argentine pope, played by Jonathan Pryce, who likes to watch soccer and who wants to teach the pope to tango.

Experts said the problem was that no rules were drawn up to define what role Benedict should play after he stepped down as head of the church.

'There were hints of a problem right from the start,' when Benedict gave up the papal hat but not the postal address, Richard Gaillardetz, Catholic theology professor at Boston College, told the National Catholic Reporter amid an uproar when Benedict condemned the idea of married priests.

'The publication of views on controverted issues, when offered by a man who insists that he too still deserves the title 'pope' (albeit pope emeritus)... is deeply problematic,' Gaillardetz said.

Even Benedict's supporters said he should have used his given name, Joseph Ratzinger, when signing his contribution to the 2020 book.

Historian Francesco Margiotta Broglio, head of Italy's religious freedom commission, told La Stampa at the time that 'Ratzinger should neither write nor speak'.

'If he continues to go against the reigning pope, he could become an anti-pope,' Margiotta Broglio said.

Benedict's age and physical frailty -- he reportedly had difficulty speaking or writing in his final years -- prompted some Vatican watchers to question whether he was indeed the author of his published reflections, or whether someone put words in his mouth.

'It seems likely some prelates opposed to Francis have sought to hide their plots in the mantle of the emeritus,' said Massimo Faggioli, theology professor at Villanova University.

The ex-pope said when he resigned that he no longer had the strength of mind or body to carry on. His personal secretary Georg Gaenswein in 2016 had described him as 'slowly fading'.

'Benedict's interventions... have raised questions regarding whether, given his own infirmity... he is being manipulated by persons eager to undermine the current papacy, even if Benedict himself is not,' Gaillardetz said.

Benedict's decision set a precedent that has had a knock-on effect on Francis's papacy, with every illness or cryptic comment sparking speculation he, too, might quit.

In July, suffering knee problems that have forced him to rely on a wheelchair, Francis admitted he needed to slow down or think about stepping aside.

And earlier in December, he revealed he had signed a resignation letter when he took office should poor health prevent him from carrying out his duties.

Until now, his resignation and the election of a successor would have meant there were three 'men in white' at the Vatican, an extraordinary situation that, with Benedict's death, no longer applies.