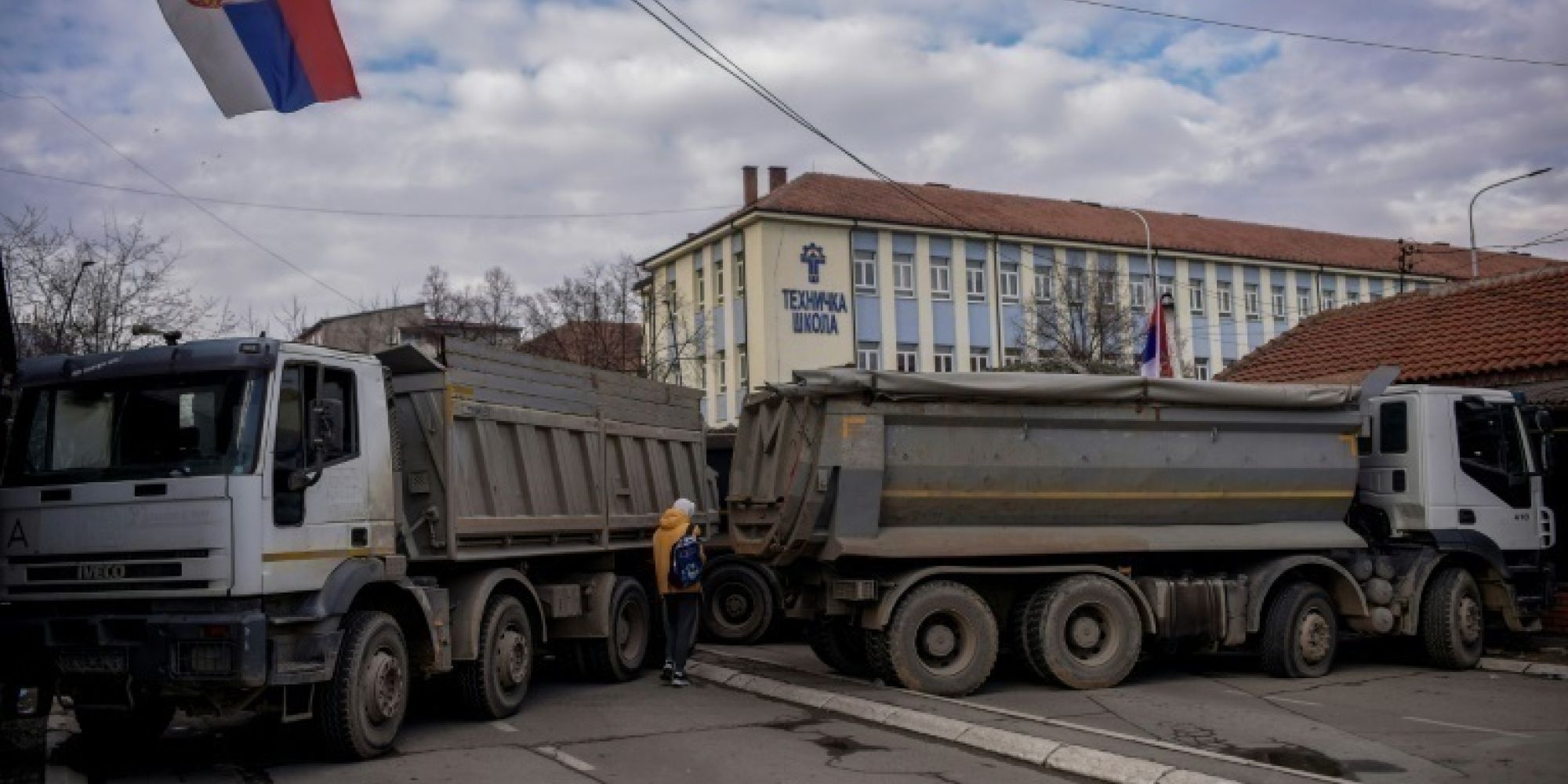 Barricades were first dismantled on the Serbian side of the Merdare border point and Kosovo announced the crossing was open a day after Washington and Brussels urged both to ease a simmering crisis.

Later on Thursday, Kosovo Serbs started removing the largest barricade in Rudare, near the flashpoint Kosovo town of Mitrovica, taking away some of the roughly dozen trucks blocking the road, according to an AFP correspondent.

The removal of roadblocks started at other sites too and it was expected that would be completed late Thursday, the Serbian state-run RTS television reported.

The latest trouble erupted on December 10, when ethnic Serbs put up barricades to protest the arrest of an ex-policeman suspected of being involved in attacks against ethnic Albanian police officers -- effectively sealing off traffic on two border crossings.

Serbian President Aleksandar Vucic and Kosovo police announced the easing of the border standoff after the EU and the United States urged immediate de-escalation and said they were working with both sides.

Kosovo declared independence from Serbia in 2008, after a bitter war in late 1990s.

But Belgrade still refuses to recognise it and encourages Kosovo's 120,000 ethnic Serbs to defy Pristina's authority -- especially in the north where they make up the majority.

After the roadblocks were erected, Kosovar police and international peacekeepers were attacked in several shooting incidents, while the Serbian armed forces were put on heightened alert this week.

On Thursday, EU and NATO, the latter leading a peacekeeping force in Kosovo, hailed the removal of barricades.

'Violence can never be a solution,' he tweeted and stressed the need for 'urgent progress' in the EU-facilitated dialogue between Belgrade and Pristina.

'We expect all parties to stick to their commitments,' the alliance's spokeswoman Oana Lungescu tweeted.

Kosovo Prime Minister Albin Kurti noted it was 'even better that this (removal of barricades) will be done without the intervention of our police.'

Political analyst Aleksandar Popov said tensions in Kosovo are so high that it would 'only take one stray bullet' to significantly aggravate the situation.

However, he called the recent unrest a 'controlled conflict' and an arm-wrestling contest between Belgrade and Pristina over the influence in the north, where authorities for years have been seeking a special status within Kosovo.

'Pristina gave Serbs the reason to protest by making arrests, the barricades were orchestrated by Belgrade and international peacekeepers mediated to prevent escalation.

'The minute it looked like it was getting out of hand, the West used diplomatic means to stop the whole thing,' Popov told AFP.

Earlier Thursday, around a dozen protesters who were still at a barricade site in Rudare voiced dissatisfaction with the decision to remove the roadblocks.

'It makes no sense, we fought for rights that were not fulfilled, we feel cheated, abused,' a 25-year-old man, who refused to give his name, told AFP.

In a move that initiated a calming of the situation, a Pristina court ordered Wednesday that the former police officer, whose detention Serbs cited as the main reason for erecting the barricades, be released from prison and placed under house arrest.

Northern Kosovo has been on edge since November when hundreds of ethnic Serb workers in the Kosovo police as well as the judicial branch, including judges and prosecutors, walked off the job.

They were protesting a controversial decision to ban Serbs living in Kosovo from using Belgrade-issued vehicle licence plates -- a policy that was eventually scrapped by Pristina.

The mass walkouts created a security vacuum in Kosovo, which Pristina tried to fill by deploying ethnic Albanian police officers in the region.