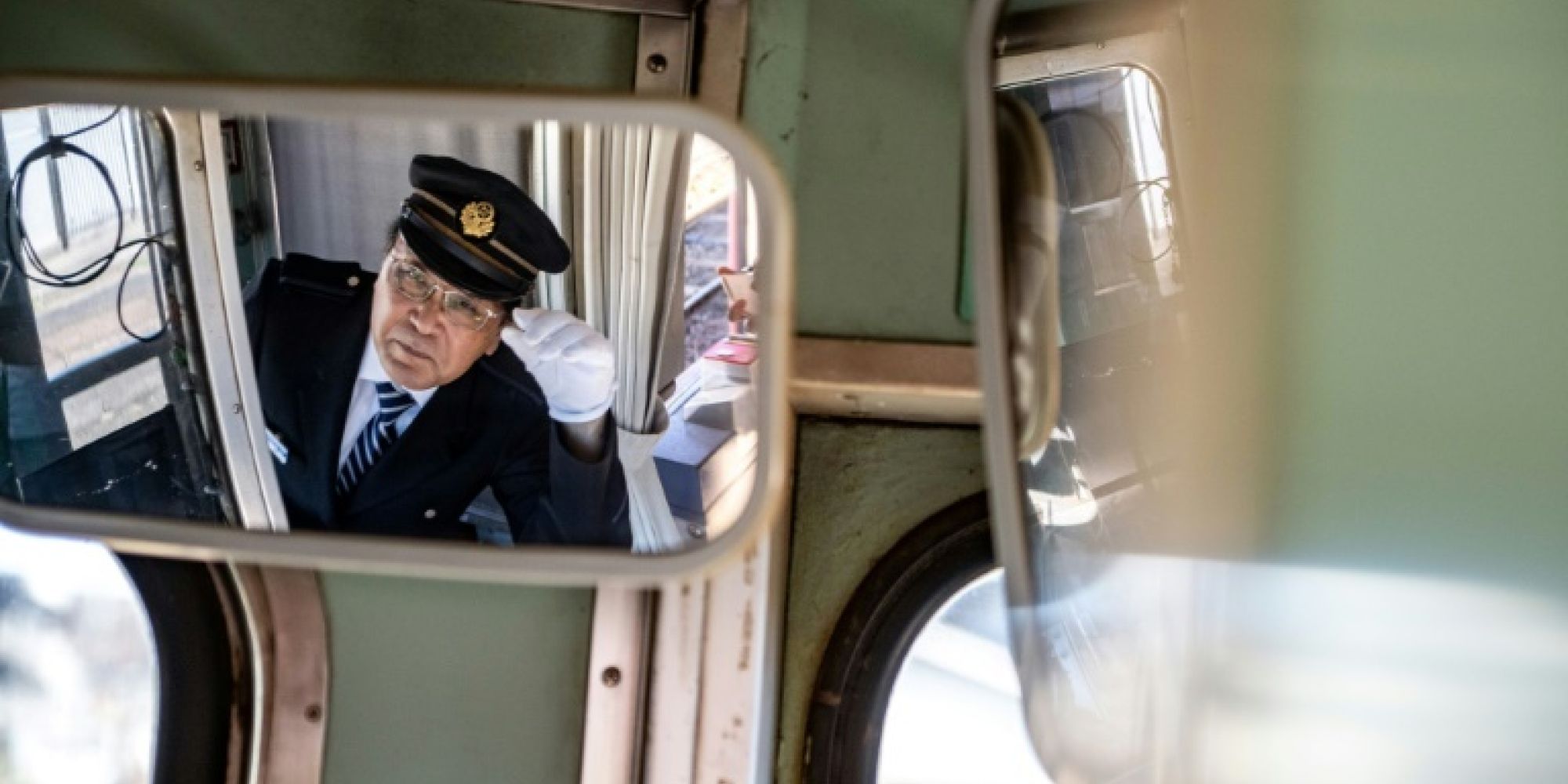 Japan's 'Little Trains that Could' battle for survival

In the driver's seat of a two-carriage train, Katsunori Takemoto puts on his white gloves and checks the antiquated gauges before setting out alongside cabbage fields in Japan's rural Chiba.

Like many small railway lines across Japan's countryside, the 60-year-old trains that ply this route are a loss-maker, but Takemoto has found a way to keep the business afloat.

With a combination of savvy marketing partnerships with pop stars and branded souvenirs, the president of the Choshi Electric Railway navigated the firm into the black in 2021, while helping promote the local region.

'I feel strongly that this is the mission of all local trains. We want to serve as advertising vehicles for communities,' Takemoto told AFP.

'Towns without trains wither away. So rebuilding rural trains must be done as part of rebuilding communities.'

But the 99-year-old business he took over in 2011 is the exception rather than the rule in Japan, home to hundreds of loss-making rural rail lines.

'If we leave things as they are and don't do anything, it is clear to everyone that sustainable public transport systems will fall apart,' Transport Minister Saito said earlier this year.

The rural lines are legacies of Japan's economic boom through the 1970s but failed to adapt to rural depopulation, as younger people left for cities and some villages emptied altogether.

Infrastructure like city halls and hospitals is increasingly built along main roads, with visitors expected to drive rather than take trains.

Of the country's 95 small railways -- services outside urban areas or major regional links -- 91 recorded deficits last year, according to the transport ministry.

That contrasts sharply with lucrative urban lines like Central Japan Railway, which operates the shinkansen super express between Tokyo and Osaka.

It earned a net profit of nearly 400 billion yen for the year to March 2020, before the pandemic took hold.

Major train operators can use profits from urban areas to subsidise rural services, but even industry titan East Japan Railway (JR East), which serves 13 million passengers daily in Tokyo and eastern Japan, is baulking at the cost.

'We have done all we can to increase usage and cut costs,' Takashi Takaoka, a JR East executive officer, told reporters this year.

'The fact is that there are areas where trains are not the best mode of transportation.'

Not everyone agrees, and governors from around half of Japan's regions have filed a joint plea to the transport minister warning that slashing rural routes will endanger tourism and require spending on alternatives like buses.

But experts say change is inevitable and communities need to embrace innovations, potentially including self-driving transport.

For now though, lines like Takemoto's are turning to alternatives to stay afloat.

His Choshi Electric Railway makes 80 percent of its revenue from non-train operations, including baking and selling its popular soy sauce-soaked crackers.

The company has sold everything from corn puffs to slices of railway track, and Takemoto aggressively promotes the line on television, joking about his cash-strapped firm with well-rehearsed self-deprecating puns.

He has even run 'haunted house' trains and 'professional wrestling' lines where bare-chested fighters rumbled in front of passengers and at stations.

And the firm has paired up with pop idols, comedians and YouTubers to keep the company in the public eye.

'Ironically, we have to focus on non-train services in order to keep the trains running,' Takemoto said.

'Maybe the time will come when our service as a railway firm will no longer be needed. But it's not the time now,' Takemoto insists.

'We are beaten up, all battered and covered in rust. But we believe there are many things we can still do and we must keep moving forward.'