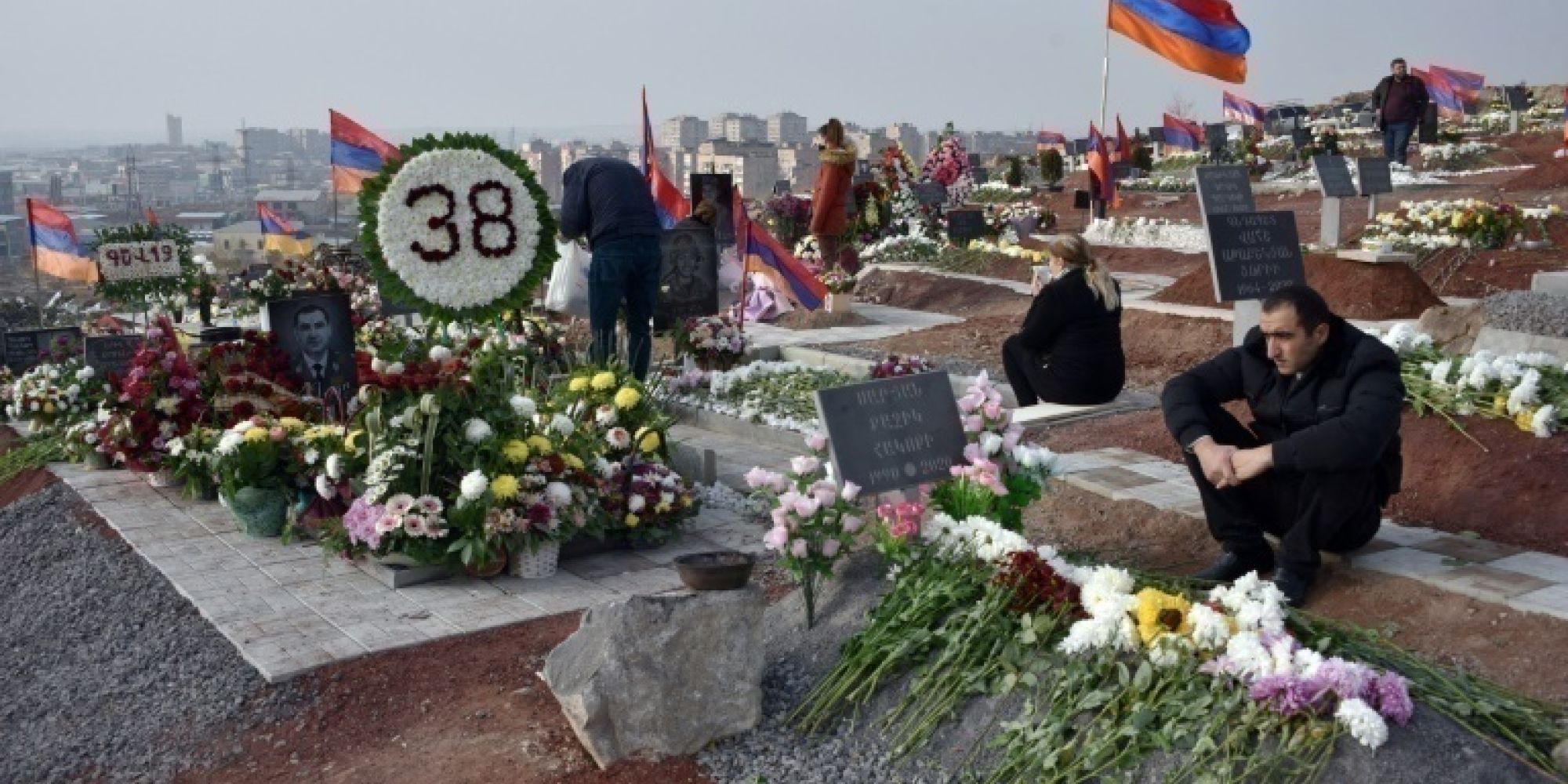 The leader of Armenia on Tuesday questioned the role of Russian peacekeepers in Nagorno-Karabakh as he discussed a blockade of the breakaway region with President Vladimir Putin.

Since mid-December Azerbaijani activists have been blocking the Lachin corridor, the only land link between Armenia and Karabakh, to protest what they claim is illegal mining. As a result of the blockade, the mountainous region of some 120,000 people is running short of food, medicines and fuel.

Baku claims the protests are spontaneous but Yerevan accuses Azerbaijan of orchestrating the demonstrations in order to push Armenians to abandon the disputed territory.

Meeting Putin on the sidelines of a regional summit in Saint Petersburg, Armenian leader Nikol Pashinyan said he wanted to discus the 'crisis' and possible ways to solve it.

'This is a zone of responsibility of Russian peacekeepers in Nagorno-Karabakh,' Pashinyan said.

But contrary to the agreement, 'the Lachin corridor is not under control of the Russian peacekeepers.'

Azerbaijan and Armenia fought two wars over Karabakh. The most recent fighting, in 2020, claimed more than 6,500 lives and ended with a Russian-brokered truce that saw Yerevan cede territories it had controlled for decades.

Speaking in front of journalists, Putin said that the settlement of tensions in the South Caucasus was the 'main issue.'

He said the leaders began discussing the issue on Monday evening but did not provide further details.

Ilham Aliyev, the leader of Armenia's arch-enemy Azerbaijan, was also present in Saint Petersburg for the regional summit.

Moscow has sought to maintain its role as a powerbroker between the ex-Soviet republics despite being bogged down in its military campaign in pro-Western Ukraine.