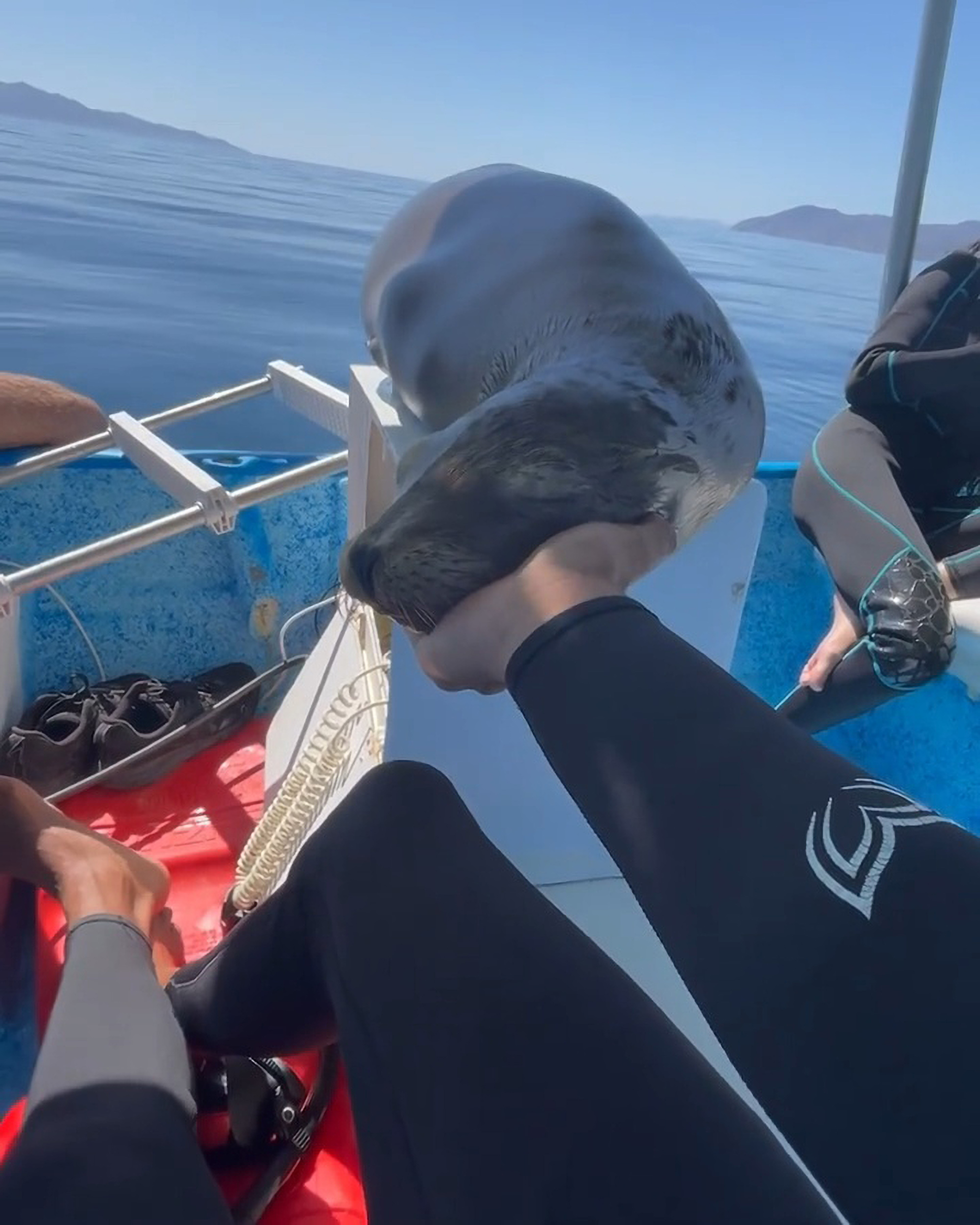 This is the adorable moment an exhausted sea lion invites itself aboard a boat and falls fast asleep using a diver’s hand for a pillow.

The video shows the sea lion resting its head in the diver’s hand before the images show the moment it jumped on board the boat, where Alexander Schmidt Marquez, who filmed the moment with his friends, was preparing for another dive.

The footage shows the sea lion as it approaches the boat off La Ventana, in Baja California Sur state.

Then, while the delighted divers watch, it leaps onto the boat’s gunwale and – apparently exhausted – yawns widely.

As one diver rubs its head, the sea lion closes its eyes and falls asleep using his hand as a pillow.

Alexander, 30, told Zenger News in an exclusive interview: “We wouldn’t be able to tell for sure but for how fast he jumped in the panga, the yawning and how she fell asleep gave us the impression that she was exhausted.

“But there’s a rock close by where all sea lions gather and rest about a mile from where we were, so who knows the exact reason.” 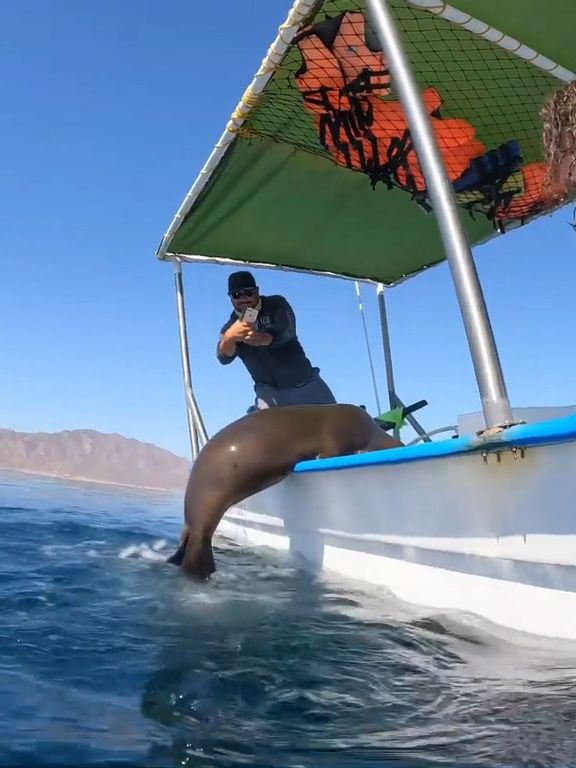 The sea lion jumping on the panga and during its close encounter with Alexander Schmidt Márquez, in La Ventana, Baja California Sur, Mexico, on Tuesday, April 26, 2022. The sea lion fell asleep and was likely very exhausted. (@alexsharks_/Zenger)

Alexander explained how he filmed the cute encounter on April 26 before sharing it with his 64,000 Instagram followers on June 9, a day after World Oceans Day.

He captioned the video: “I want to take today’s World Ocean Day to dedicate it to this guy, that moment, when this sea lion, probably exhausted decided to take a nap in our panga and how sometimes the ocean when you most need it sends you little care messages, in the right moment, at the right time, with the right people.

“I often realize that the times that you expect nothing and you’re completely open to the beauty of it, from the smallest fish do the greatest wave is when he surprises you and embraces you the most.

“That same day we had the biggest fever of mobulas, Brydes whales and orcas feeding on a pigmy sperm whale, as if this cute pup wasn’t already extraordinary. 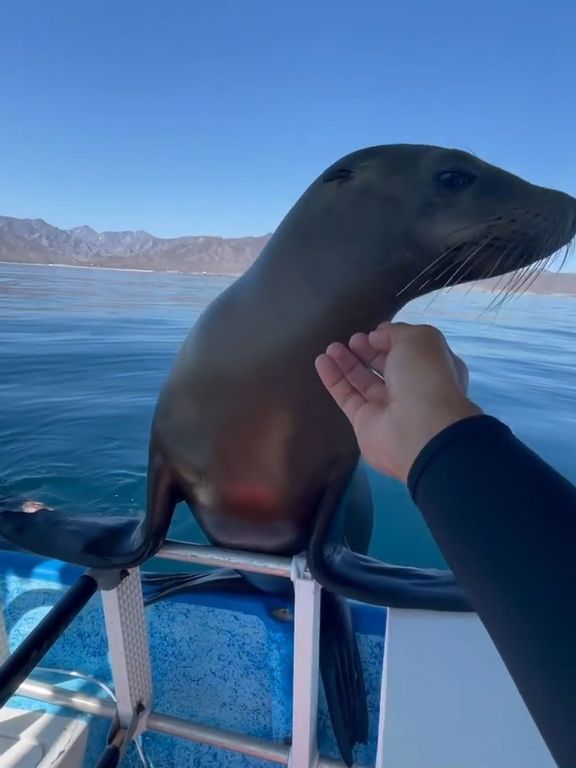 The sea lion resting on the panga and during its close encounter with Alexander Schmidt Márquez, in La Ventana, Baja California Sur, Mexico, on Tuesday, April 26, 2022. The sea lion fell asleep and was likely very exhausted. (@alexsharks_/Zenger)

“World oceans day everyday this is just a reminder for us all to keep it up.” (sic)

Baja California Sur is one of the most famous locations off the coast of Mexico for sea lion watching.