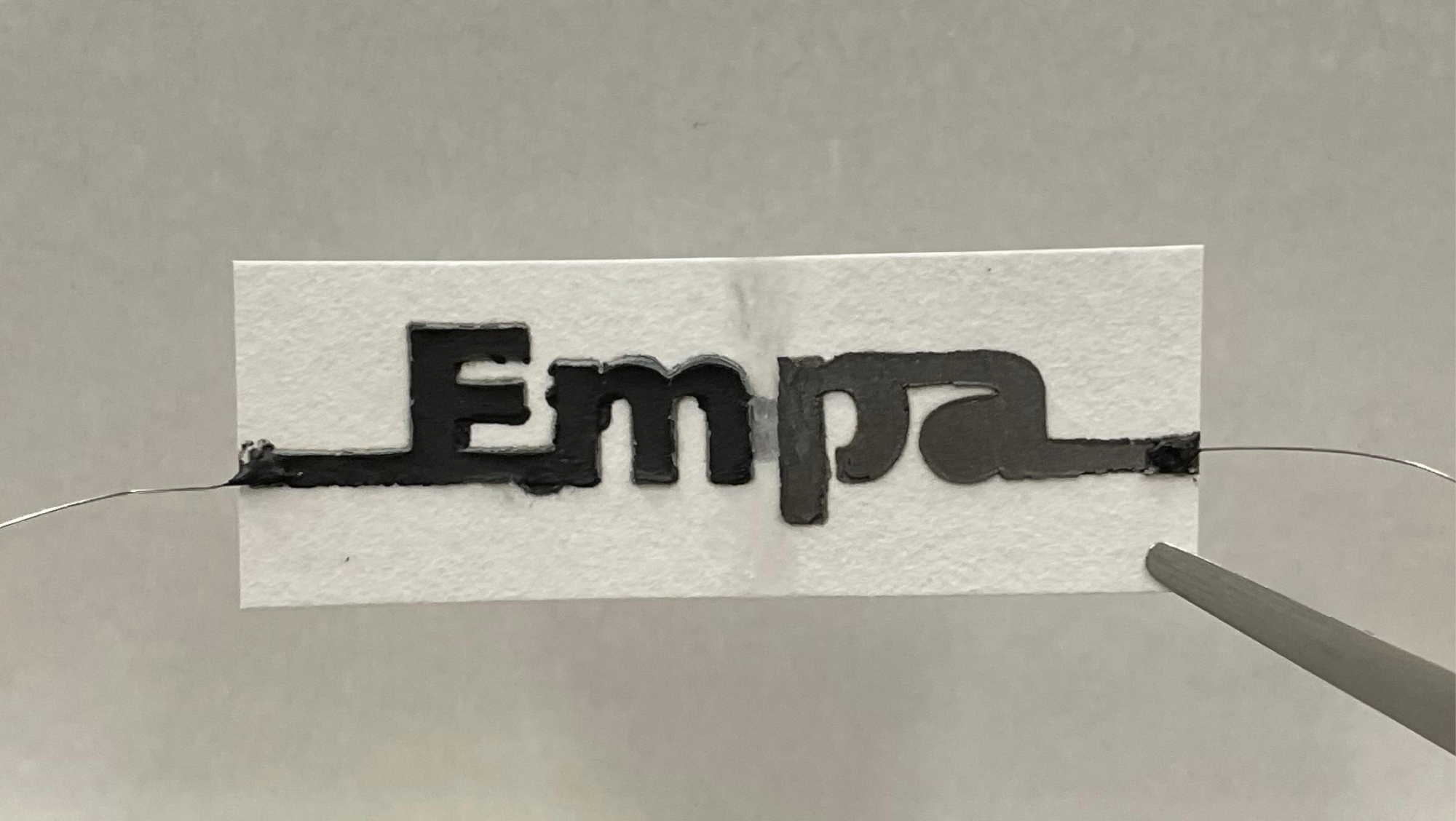 Because it is made of paper and contains zinc, both of which are biodegradable, scientists say it could help reduce the environmental impact of these types of batteries.

Devised by Gustav Nyström and colleagues at the Swiss Federal Laboratories for Materials Science and Technology, the battery is made of at least one cell that measures one square centimeter or approximately 0.15 square inches.

Three ink markings cover a rectangular piece of paper on which is sodium chloride — table salt — while one end of the paper is dipped in wax.

On one side of the paper is the first ink marking, which contains graphite flakes and acts as the positive end of the battery.

On the other side is another ink marking containing zinc powder and this acts as the negative end of the battery.

A third ink marking is printed on both sides which contains graphite flakes and carbon black and this connects the positive and negative ends of the battery to two wires which sit at the wax-dipped end of the paper.

The new ‘just-add-water’ disposable paper battery devised by Gustav Nyström pictured in undated photograph. The battery is made of paper and contains zinc, both of which are biodegradable, and could have a positive environmental impact. (Matthew Newby, SWNS/Zenger)

When a few drops of water are added, the salts in the paper dissolve and charged ions are released.

These ions activate the battery by dispersing through the paper and cause the zinc at the negative end to release electrons.

The electrons are transferred from there to the positive end via the graphite and carbon black ink and the wires where they become oxygen and are released into the air.

All these reactions create an electrical current that is used to power the device.

Presenting their work in the journal Scientific Reports, the researchers demonstrated their battery’s abilities by combining two cells into one battery and used it to power an alarm clock with a digital display.

Two drops of water made the battery activate after 20 seconds and when not powering a device, it reached a voltage of 1.2 volts. 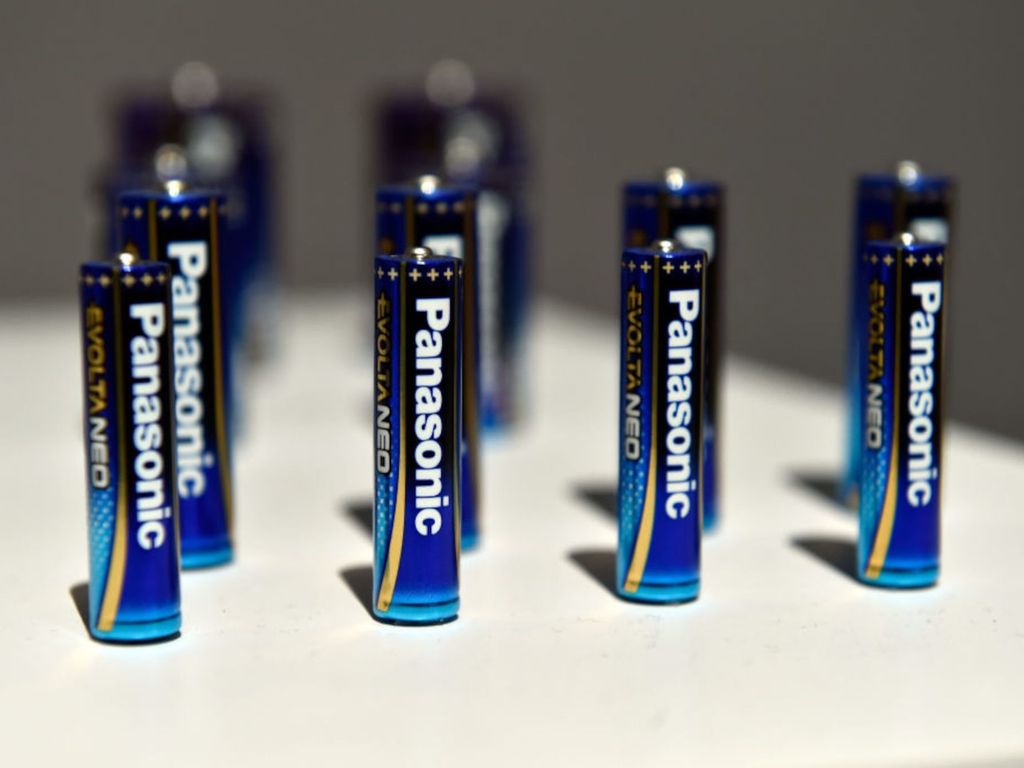 Panasonic dry-cell batteries are displayed at the Panasonic booth during CES 2018 at the Las Vegas Convention Center on January 9, 2018 in Las Vegas, Nevada.  (Photo by David Becker/Getty Images)

In comparison, the voltage of a standard AA battery used from TV remote controls to toys is 1.5 volts.

The battery’s performance dropped considerably after an hour because the paper dried out but when two more water drops were added, it kept a stable voltage of 0.5 volts for an extra hour and more.

Nyström and colleagues say the biodegradability of paper and zinc means their battery could minimize the environmental impact of low-power electronics.

The researchers say that it could be further enhanced by reducing the amount of zinc used in the ink, which would also mean the electricity the battery generates could be more precisely controlled.