American Travelers Are More Diligent Vacation Planners Than The British 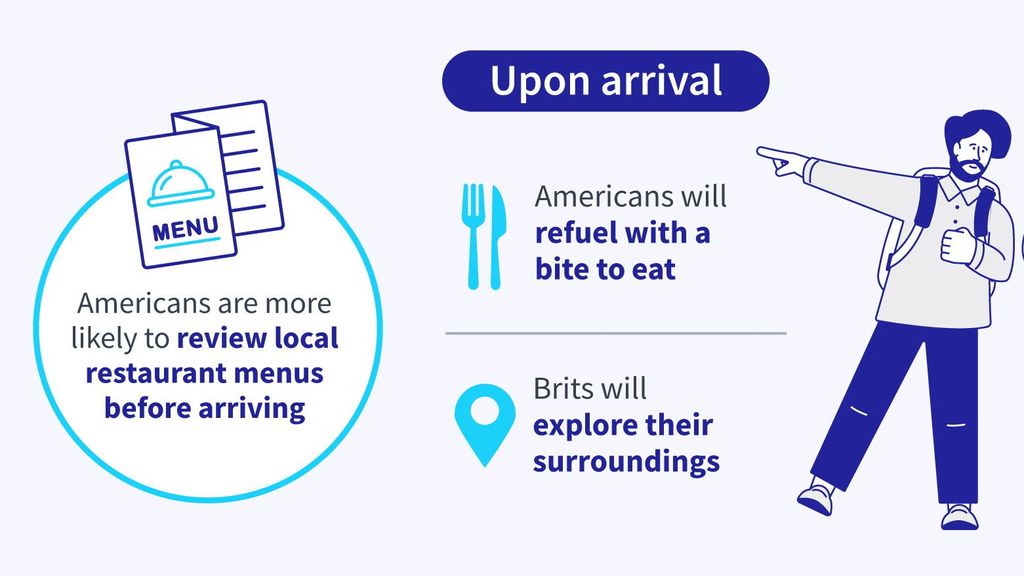 British travelers are not as scrupulous about their vacation plans as their American counterparts – with those in the U.S. packing earlier, spending longer planning and getting to the airport hours in advance.

However, despite their best-laid plans, the research of 2,000 holidaymakers, from the U.K. and the U.S., found Americans are more forgetful – as 64 percent misplace something crucial.

And while many American vacationers claim they ‘wouldn’t dream’ of packing the night before – 63 percent admit to doing exactly that, compared to 57 percent of British tourists.

The theme of British travelers being more laid back continues when they touch down, as it’s the Americans who are fitting in more activities and excursions – organizing an average of five per jaunt.

U.S. travelers are also more likely to book their activities before departing, rather than deciding how to fill the days upon arrival – getting their tours and trips locked in up to four weeks before arriving.

It also emerged that despite the U.K. being renowned for its infatuation with the weather, Americans are more likely to book a destination that includes soaring temperatures.

Research commissioned by travel agency Go City shows that British travelers are more laid-back vacation planners than their American counterparts – with those in the USA packing earlier, spending longer planning and getting to the airport hours in advance. (Jon Mills, SWNS/Zenger)

“Despite U.K. tourists taking a more relaxed approach to their travels, both U.S. and British travelers want to ensure they are maximizing their time on their trips.

“At Go City we use rich data like this to ensure we’re providing great options for every type of traveler.”

The research also found that although Americans are more meticulous with their planning, they are more likely to describe themselves as ‘spontaneous’ when booking their next destination.

But maybe unsurprisingly, they are happier to explore their own country, while British sightseers are much more inclined to look further afield for their travel plans.

With this in mind, the British are more vigilant about ensuring their passport is up to date.

When finally reaching their vacation destination, they will explore their surroundings, while Americans will look to refuel with a bite to eat after their long journey.

They are also more likely to review local restaurant menus before arriving.

But American vacationists, who travel in a couple, are more likely to have an argument with their other half when prepping for their time away, with just 44 percent of Brits saying the same. 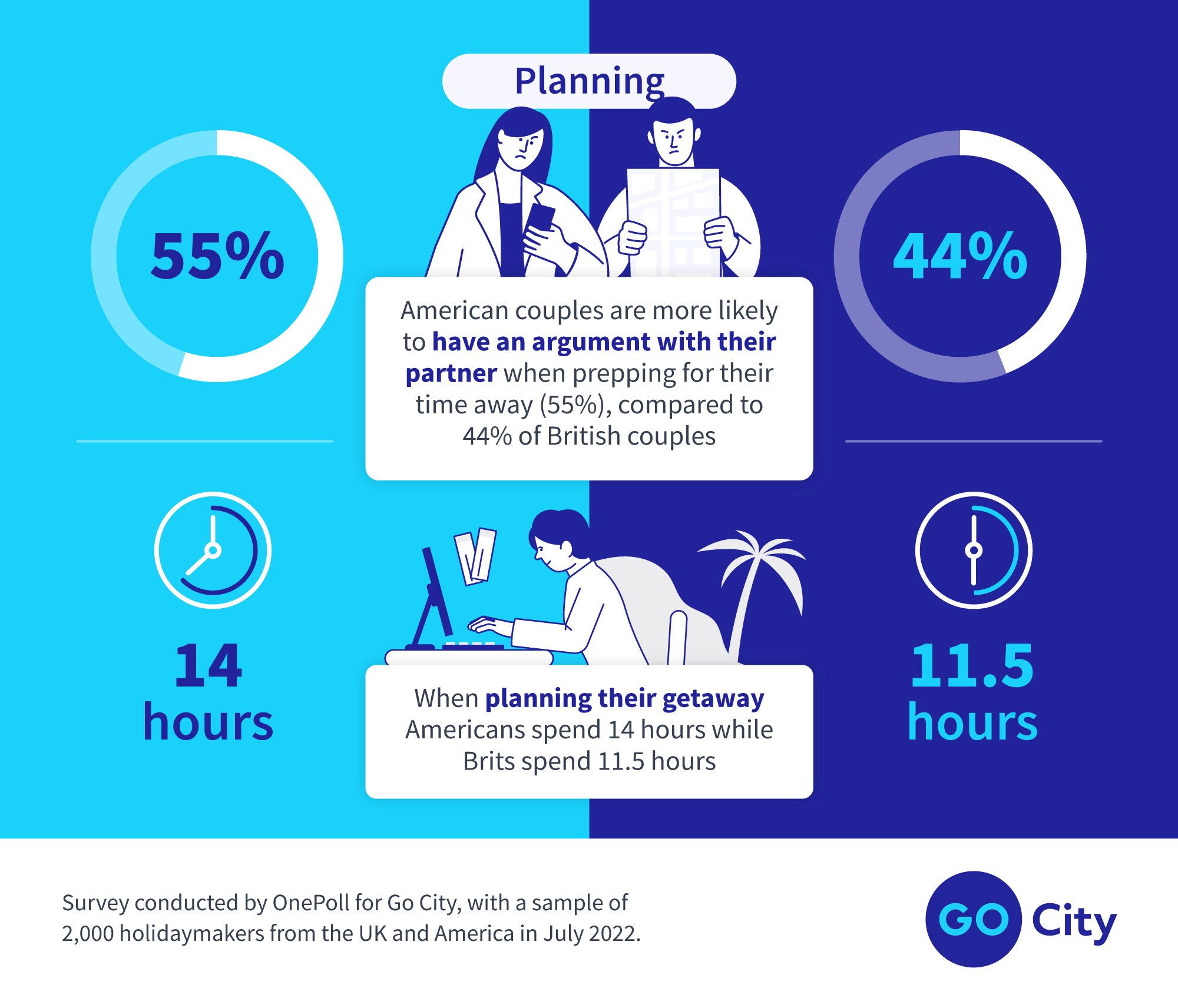 Research commissioned by travel agency Go City shows that British travelers are more laid-back vacation planners than their American counterparts – with those in the USA packing earlier, spending longer planning and getting to the airport hours in advance. (Jon Mills, SWNS/Zenger)

Both nations, however, believe their own country is the most organized when preparing for a getaway.

And overall, Americans spend an average of 14 hours planning their getaway, with British tourists racking up 11-and-a-half hours.

Jon Owen added: “Travelers are needing to become advance planners in order to get the access and experiences they expect on their city break.

“We may see the number of hours spent planning continue to rise as demand is so high.

“That’s why we try to give as much power to travelers as possible, ensuring they have all the options in one app, so they can easily make the most of their excursions.”

American Travelers Are More Diligent Vacation Planners Than The British.