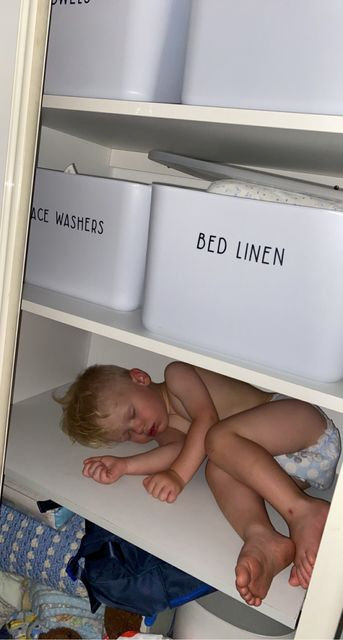 Meet the child who falls asleep anywhere but his own crib – including in his closet, on a shelf, and even on his pet dog.

Little Cruze Johnston, two, has a habit of taking a nap in the most unusual of places around his home in New South Wales, Australia.

His mother, Kate Johnston, 22, found her son’s antics so hilarious that she posted a TikTok video of him sleeping in a variety of locations around the house – which has since gone viral and gained 4.6 million views.

Kate – who works as a marketing assistant – from Byron Bay, New South Wales, Australia, said of her only child: “One night I went to check on Cruze in his cot and I found him asleep under his changing table.

“I woke him up and asked ‘what are you doing?’ and he looked at me and laughed.

“The next night he did the same thing and then from then on, every single nap and bedtime he got more and more creative and found weird places to sleep.

“He has snoozed in his wardrobe, behind a chair, on shelves, on a swing and the craziest place I found him was in a cupboard – he’d taken all of his shoes and things out of the bottom shelf and then closed the door and went to sleep. He even falls asleep on our pet dog, Hercules.

“It can sometimes take me a few minutes to find him.” 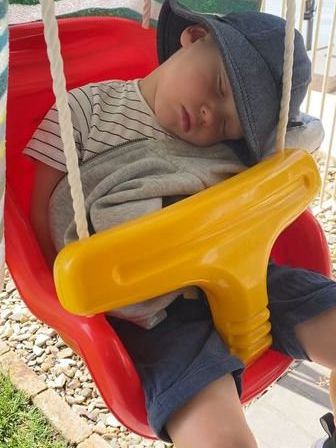 Meet the tot who will fall asleep anywhere but his own cot – including in his wardrobe, on a shelf and even on his pet dog. (Kate Johnston, SWNS/Zenger)

Kate started posting daily updates documenting the funniest places Cruze had chosen to sleep on her Instagram page to the delight of friends and family.

Soon she decided to make a TikTok video and after posting a hilarious video to her account in January 2022, the video went viral, and it has since been watched 4.6 million times.

“I even had responses from people saying that they did the same as a child and others were commenting telling me Cruze must have been a cat in a previous life.

“People just thought it was hilarious.”

Cruze has since watched the video several times and is particularly entertained by his own antics.

Kate said: “He watches the videos and laughs at himself – he thinks he’s quite funny.”

Kate revealed that Cruze is a good sleeper and can conk out anywhere because he is so active during the day. 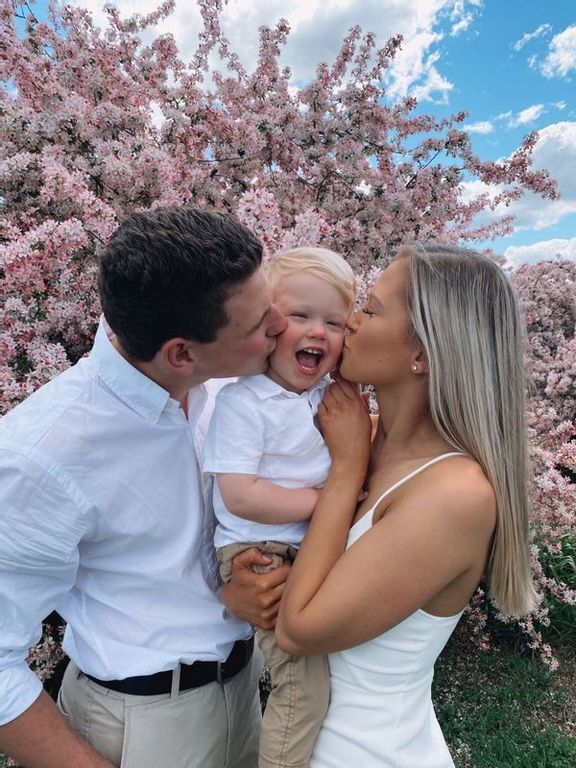 Meet the tot who will fall asleep anywhere but his own cot – including in his wardrobe, on a shelf and even on his pet dog. (Kate Johnston, SWNS/Zenger)

She said: “He’s so busy and just doesn’t stop running and climbing which is why he’s so worn out by the end of the day.

Cruze’s mom also puts his good sleeping habits down to his time at the Tresillian Sleep School, Australia, where he received training to learn how to fall asleep.

Kate explained: “As a baby, Cruze was a bad sleeper as I would be up with him throughout the night.

“So, when he was eight months old, I took him to a sleep training school for a week which taught him to sleep in a cot.

“It was fantastic and ever since, he’s been a fabulous sleeper – he’s just anywhere but his cot.”

During the height of his unusual sleeping phase, Kate and her husband, Bryce Johnston, 22, a delivery driver, bought their son a bed to encourage him to spend his nights and nap times tucked in there, which has so far has proven effective.

Kate said: “We decided to buy Cruze a proper bed to see if he would sleep better there and it seems to have worked.

“Initially, he slept on the carpet beside it when we first put it in his room but now, he’ll happily sleep in it.

“I’ll put him in there and he’ll go to sleep straight away.

“We enjoyed his funny little phase while it lasted though, it became a bit of a game for us as well as him – every nap time I would think ‘I wonder where he’ll choose to sleep tonight?”

The post Crib Away From Me: Child Would Rather Fall Asleep On The Dog, Than Its Own Bed appeared first on Zenger News.

Crib Away From Me: Child Would Rather Fall Asleep On The Dog, Than Its Own Bed.

Read more: Crib Away From Me Child Would Rather Fall Asleep On The Dog Than Its Own Bed