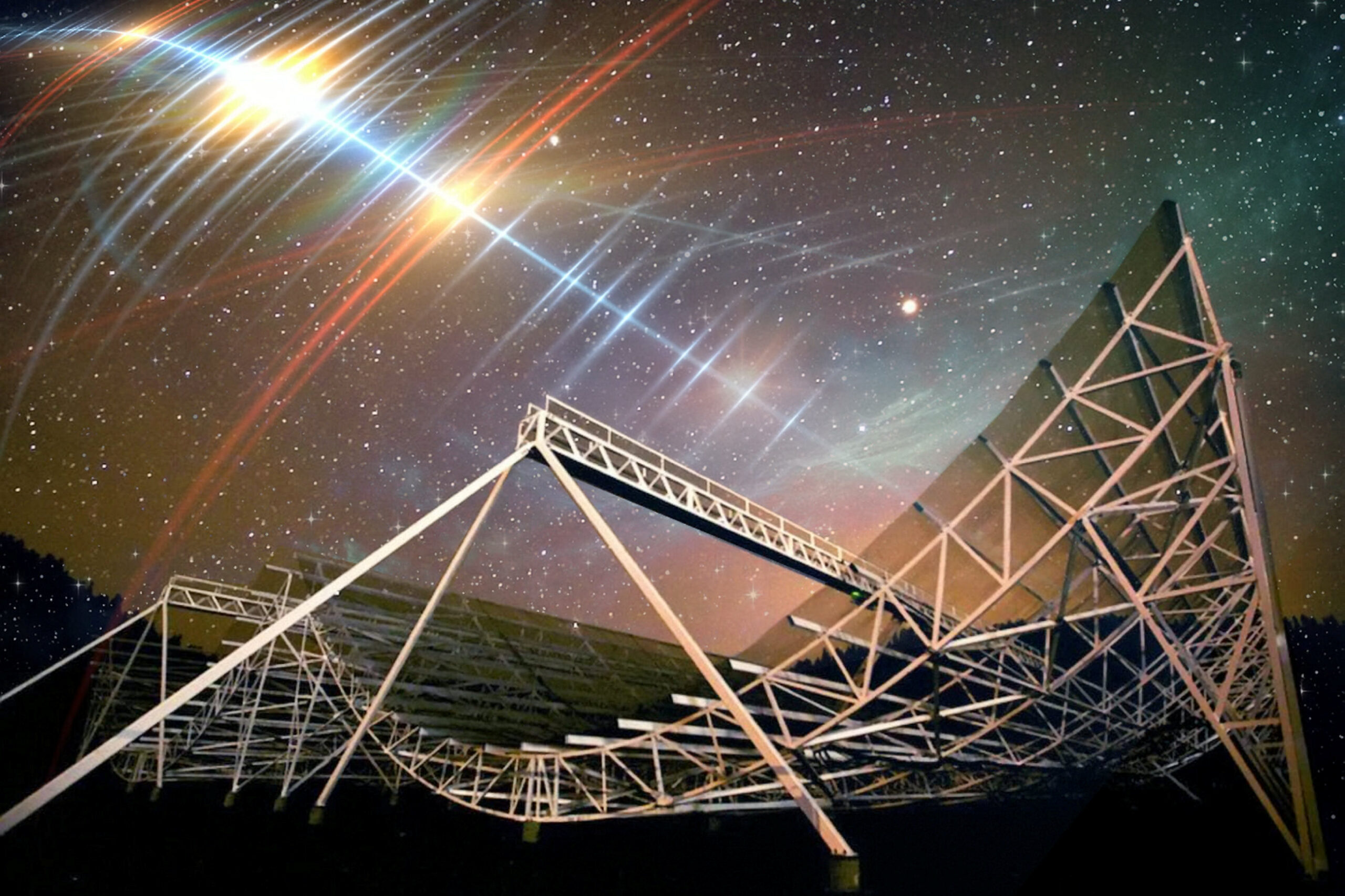 Scientists have discovered a radio signal coming from a galaxy far, far away, that beats like a heart.

The pulses come from billions of light years away and are a million times brighter than similar stars in our own galaxy and the radio bursts last 1,000 times longer than average.

Researchers say the signal, which is a type of fast radio burst, appears to be flashing with surprising regularity.

However the source of the burst, which was observed from Canada, remains a mystery.

Fast radio bursts come from an unknown place in space but tend to only last a few milliseconds at most.

This one lasts for up to three seconds, around 1,000 times longer than the average fast radio burst.

The team detected bursts of radio waves that repeat every 0.2 seconds in a clear pattern similar to that of a beating heart.

The team say it is the longest-lasting fast radio burst and beats in a clearer way than any other.

Where it comes from remains a mystery, but it is in a distant galaxy several billion light years away from Earth.

The team say it could come from either a radio pulsar or a magnetar, both of which are types of neutron stars — extremely dense, rapidly spinning collapsed cores of giant stars.

The signals it emits, such as the frequency of bursts and how they change as the source moves away from the Earth, could be used to measure the rate at which the universe is expanding.

The first fast radio burst was discovered in 2007 and hundreds of similar flashes have been detected across the universe since. 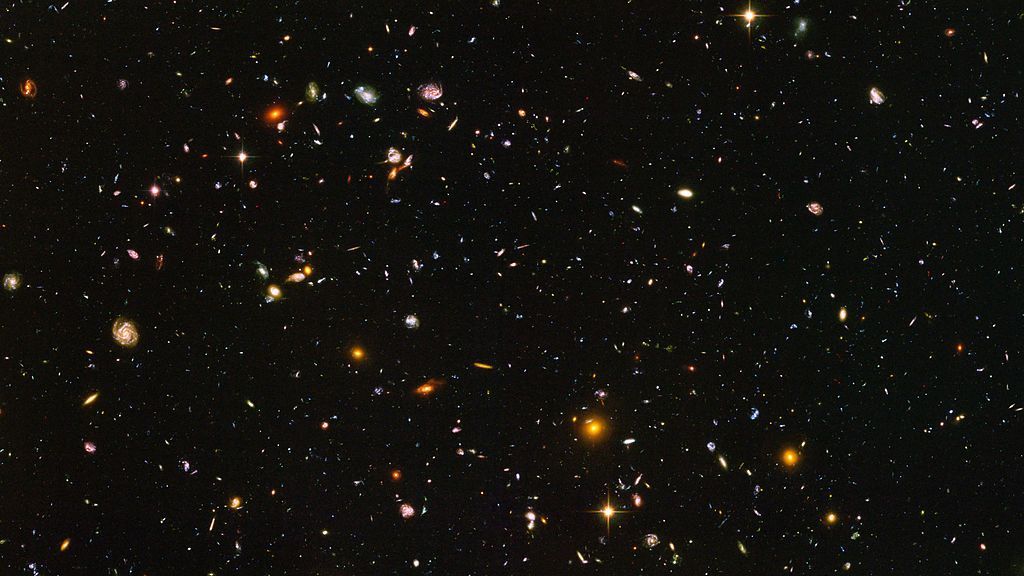 In this NASA handout, a view of nearly 10,000 galaxies are seen in a Hubble Telescope composite photograph released March 9, 2004.  (Photo by NASA/Getty Images)

Between 2018 and 2020 scientists discovered the first fast radio bursts that seemed to emit radio waves in a regular pattern.

This signal consisted of a four-day window of random bursts that then repeated every 16 days.

The 16-day pattern was what gave them regularity but the signal of the bursts themselves was random.

The new discovery was picked up by a telescope in British Columbia, Canada, on December 21, 2019.

The telescope, which is part of the Canadian Hydrogen Intensity Mapping Experiment, was being manned by Daniele Michilli when the unusual signal appeared.

He explained: “It was unusual. Not only was it very long, lasting about three seconds, but there were periodic peaks that were remarkably precise, emitting every fraction of a second — boom, boom, boom — like a heartbeat.”

The team found similarities between it and emissions from radio pulsars and magnetars in our own galaxy.

Radio pulsars are neutron stars that emit beams of radio waves, appearing to pulse as the star rotates, while a similar emission is produced by magnetars due to their extreme magnetic fields.

However emissions from the new radio burst were more than one million times brighter.

Michilli said the luminous flashes may come from a distant radio pulsar or magnetar that is normally less bright as it rotates but for some unknown reason ejected a train of brilliant bursts, in a rare three-second window the team was luckily positioned to catch.

He added: “CHIME has now detected many fast radio bursts with different properties. 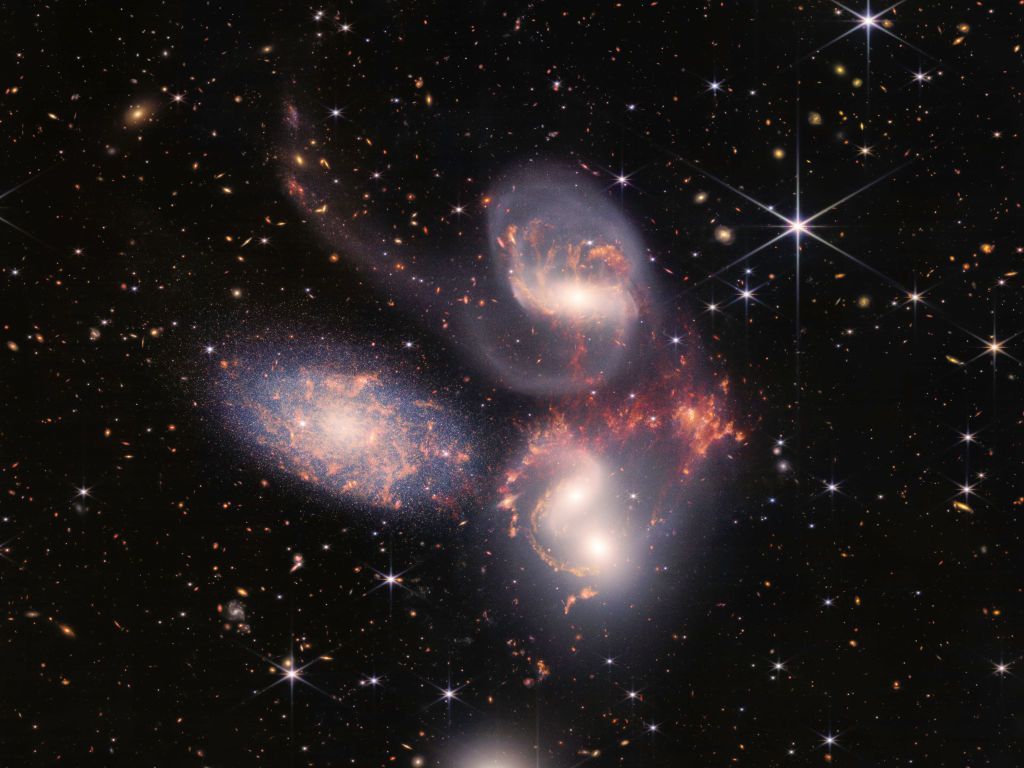 In this handout photo provided by NASA, NASA’s James Webb Space Telescope reveals Stephans Quintet, a visual grouping of five galaxies, in a new light on July 12, 2022 in space. (Photo by NASA, ESA, CSA, and STScI via Getty Images)

“We have seen some that live inside clouds that are very turbulent, while others look like they are in clean environments.

“From the properties of this new signal, we can say that around this source, there is a cloud of plasma that must be extremely turbulent.”

The team hope to catch the bizarre burst again in the future so they can understand more about where it comes from and neutron stars in general.

Michilli, who is currently a post-doctoral scholar at the Kavli Institute for Astrophysics and Space Research of the Massachusetts Institute of Technology, added: “This detection raises the question of what could cause this extreme signal that we have never seen before, and how can we use this signal to study the universe.

“Future telescopes promise to discover thousands of fast radio bursts a month, and at that point we may find many more of these periodic signals.”

The findings were published in the journal Nature.