Big Winners Being Overweight Can Be An Advantage For Gaming Competitions 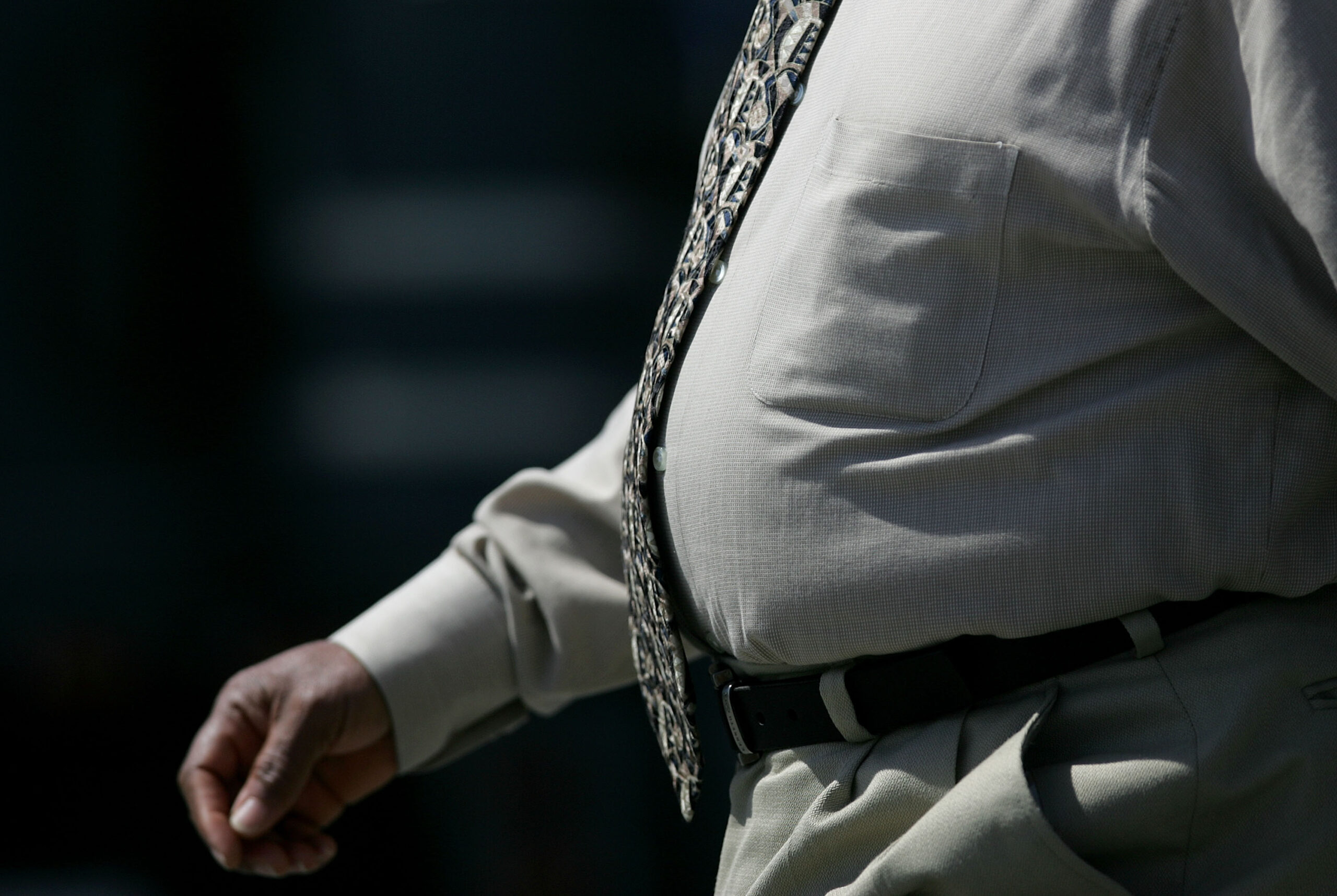 Being overweight is actually an advantage when it comes to competing in video game tournaments, according to a new study.

Obese people are more prone to impulsive behavior, such as over-eating, and that trait can boost performance in eSports.

And gorging on calorie-loaded cookies and cakes and fizzy drinks is also good as the energy lift provides an edge over rivals during marathon competitions.

The surprising finding has implications for larger people in the office, and bosses should consider them for computer-based activities.

Lead author Dr. Petr Parshakova said: “Employers have too little understanding of how to select employees for particular tasks.

“We tried to answer the question: Does BMI affect the results of computer skills? This is the first such analysis ever conducted.”

The findings are based on CS:GO (Counter Strike: Global Offensive) – a shooter game played by more than a million around the world.

The BMI (body mass index) of 821 players was evaluated from photographs using artificial intelligence.
Individuals’ results from 2012 to 2020 showed those with severe obesity were more successful in long matches.

Dr. Parshakova, of the National Research University Higher School of Economics in Perm, Russia, said: “They outperformed everyone else. 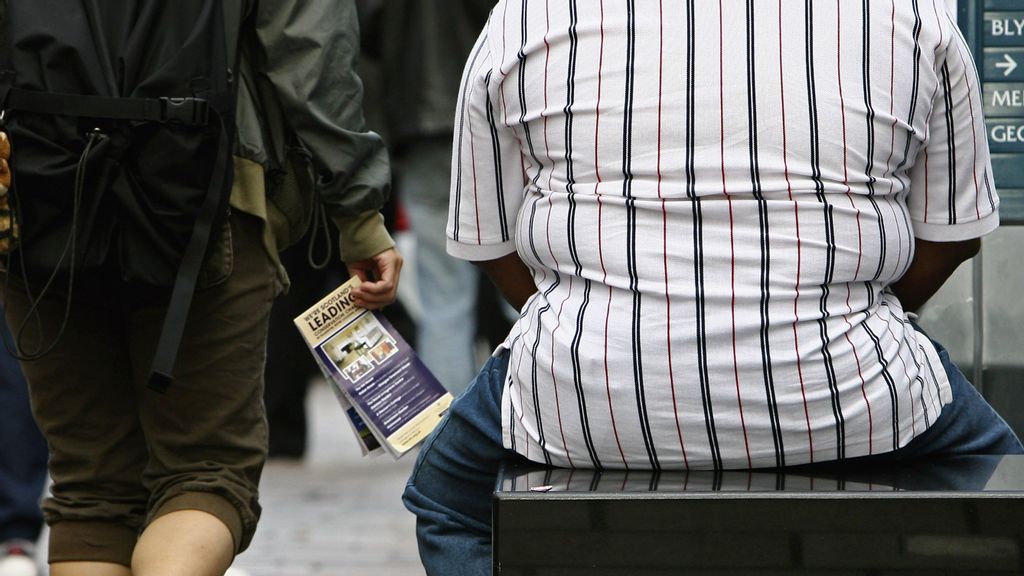 An overweight person sits on a bench in Glasgow City centre September 12, 2006 in Scotland. A forecast report on UK obesity trends states that a third of adults and a fifth of children will be obese by 2010, resulting in more people suffering from related diseases and an increase in healthcare costs. (Photo by Jeff J Mitchell/Getty Images)

“As playing time increases, high BMI turns out to be a positive factor.

“The peculiarities of the psyche and physiology of obese individuals might explain this.”

They made up a quarter of the sample – close to population data of many countries. For example, in 2016 the proportion was 28 and 36 percent in the United Kingdom and the United States, respectively.

Dr. Parshakova said: “The reason people with Class III obesity are more efficient might be due to their higher impulsivity.

“It is considered one of the causes of obesity and addiction to games.

“Another explanation could be that obese people consume more calories, helping them cope with protracted tasks.”

He added: “It touches on the broader issue of including obese individuals in modern work activities that are often associated with computer technology.”

Worldwide, about one in eight adults are obese and four in ten are overweight.

“It directly affects overweight people and the attitude of society towards them.

“Yet, in medical research, obesity is not considered a disease, although its relationship with numerous diseases and health problems has been proven.”

It has been linked to cardiovascular and musculoskeletal illnesses, diabetes, some cancers and even cognitive decline.

But few studies have demonstrated the effects on work performance.

Results from the eSports industry are in the public domain – as are snaps of the players.

Dr. Parshakova said: “This is an opportunity for a quasi-experiment – when the experimenter does not influence the participants or the conditions. 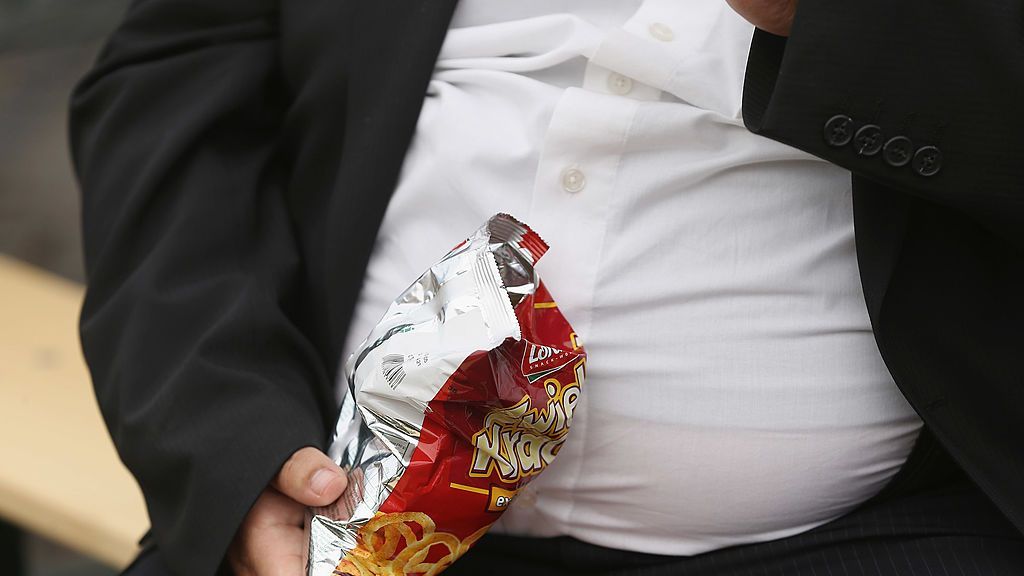 A man with a large belly eats junk food on May 23, 2013 in Leipzig, Germany. According to statistics a majority of Germans are overweight and are comparatively heavier than people in most other countries in Europe. (Photo by Sean Gallup/Getty Images)

“It is problematic to collect such data in other areas – for example, in engineering, design, or analytics, where people perform repetitive tasks of varying duration on the computer.”

In CS:GO, two teams of five oppose each other on up to five maps during a match. Once a team wins 15 rounds – each lasting less than two minutes – it wins that task.

Participants’ average age was 23, similar to that of traditional sports. They were all men. Women are a minority in eSports.

Interestingly, the findings only applied to online events. Those with a high BMI generally perform worse in live competitions.

Dr. Parshakova added: “Because live events differ from online events in terms of audience presence and higher prestige, social pressure and negative attitudes towards overweight players might account for this difference.

“This could mean either that discrimination against obese participants exists or other players are emotionally stronger.”

The study was published in the International Journal of Obesity.

The post Big Winners: Being Overweight Can Be An Advantage For Gaming Competitions appeared first on Zenger News.

Big Winners: Being Overweight Can Be An Advantage For Gaming Competitions.

Read more: Big Winners Being Overweight Can Be An Advantage For Gaming Competitions