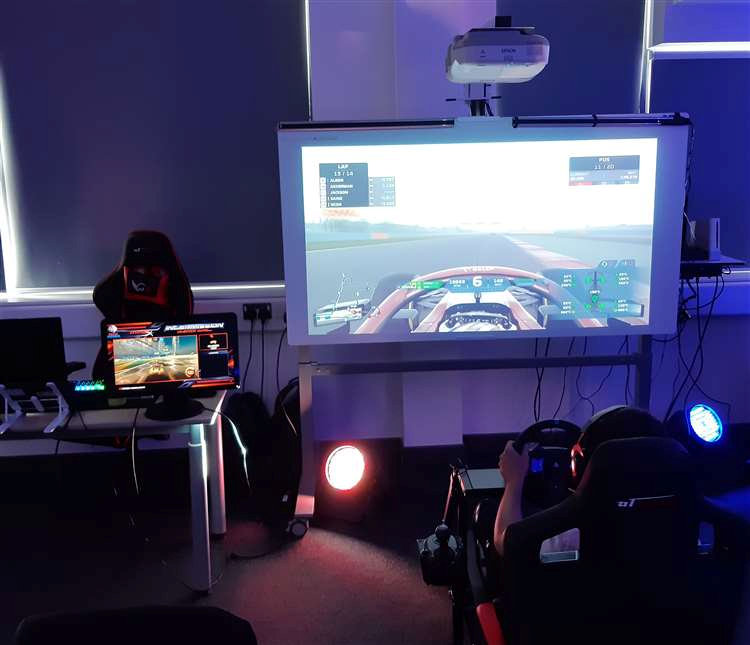 A secondary school has become one of the first in the world to offer an Esports qualification after installing a gaming arena at the college.

Wilmington Academy in Dartford, in England’s southeast, has invested thousands of British pounds in the new Esports arena after launching its Business and Technology Education Course (BTEC). BTEC is a secondary graduation certificate that is accepted for admission in many universities.

It hopes will give the students the skills to become professional players.

A growing billion-dollar industry, Esports has opened up countless new career paths spanning from pro gamer athletes to “shoutcasters” – broadcasters who run live commentary on matches on Twitch and YouTube.

It is also linked to highly sought-after skills in the digital jobs market including data analysis and video production, as well as more conventional skills in communication and teamwork.

Professional Esports teams have even been set up by top football clubs Manchester City and Paris Saint-Germain, whose players compete online in games such as FIFA, Fortnite, and League of Legends.

Wilmington Academy is among the first group of schools in the UK to offer its students a chance to study the subject. 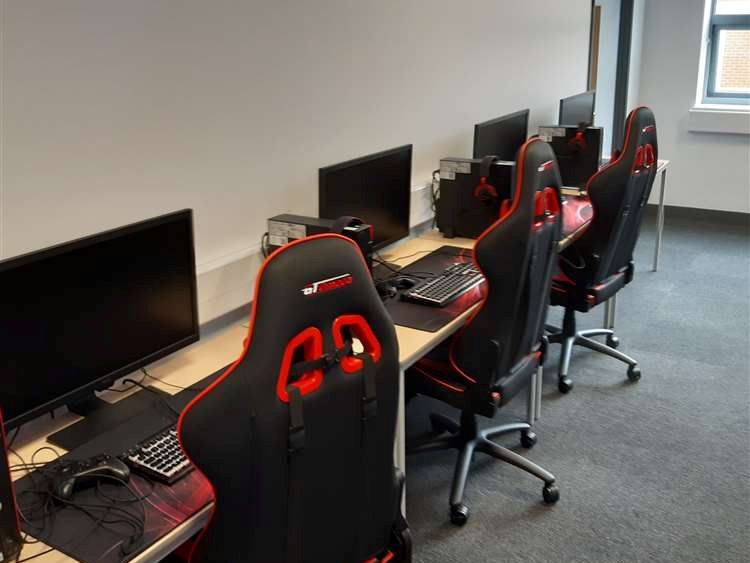 During the pandemic, education provider Pearson partnered with the British Esports Association to design a BTEC Level 3 qualification in Esports, the first of its kind in the world.

The qualification covers a wide range of knowledge and skills required to work in and around the industry, including video production, games design and launching an enterprise, as well as skills and analysis of Esports games.

The Leigh Academies Trust and other local sponsors have given the mixed school approximately $29,000.

That money has helped transform a classroom on its Common Lane site into an Esports arena complete with state-of-the-art gaming hardware, equipment and its own sportswear merchandise.

Explaining the rationale behind the project, principal Michael Gore said: “We did a lot of research into job opportunities and career opportunities and we found a bit of a niche in the market where Esports was one of the highest-grossing careers for students when they left school.

“Globally it is a huge market and we wanted to make sure our students had the skills and could manage those skills in an effective way and have apprenticeships.” 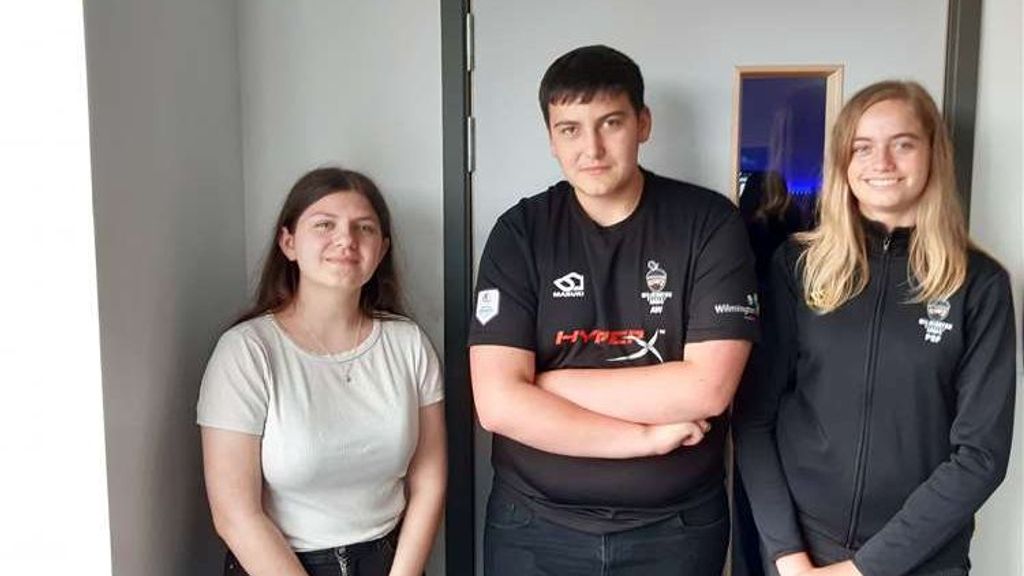 The first cohort of post-16 students started the course in September but there are already plans to expand the size of the current intake from 12 to 30 during the next academic year to meet demand.

Gore added: “The uptake and interest has been pretty prolific I would say.

“Indicative figures to come into an Esports post-16 subject has really risen and we have therefore invested in that future and we believe our numbers are going to be increasing year-on-year.”

In response to any parents who may be wondering if their child is playing video games instead of learning, he said: “There’s a huge amount of team building that actually goes on digitally.

“They are playing with teams across the world, communicating with them, upskilling themselves in electronic skills.”

Gore said previously that gaming used to be “quite an isolated situation” where people played on their own but that’s no longer the case.

He said: “Esports is a vast network of opportunities and communication going forward.”

The new Esports arena and qualification builds on work the school has already done, which has teams competing across the UK including one of the first all-female and non-binary sides.

Practical lessons center around the popular games Overwatch, Rocket League, and League of Legends – a team-based strategy game where two teams of five face off to destroy the other’s base.

Esports teacher James Marriott says the games are very different from those he played in his teens.

And he believes the transferable business skills of data analysis and problem-solving developed on the course will give pupils a competitive edge in either the jobs market or further studies at college or university.

He said: “I think it was an opportunity we sort of fell across. It was something I was keen to do.

“I didn’t realize there wasn’t as many in Kent that didn’t do it, especially in secondary schools.

“Us leading it as a BTEC as well as running the Esports teams, in front of the curve, I think we have been slightly lucky so I’m happy with that.” 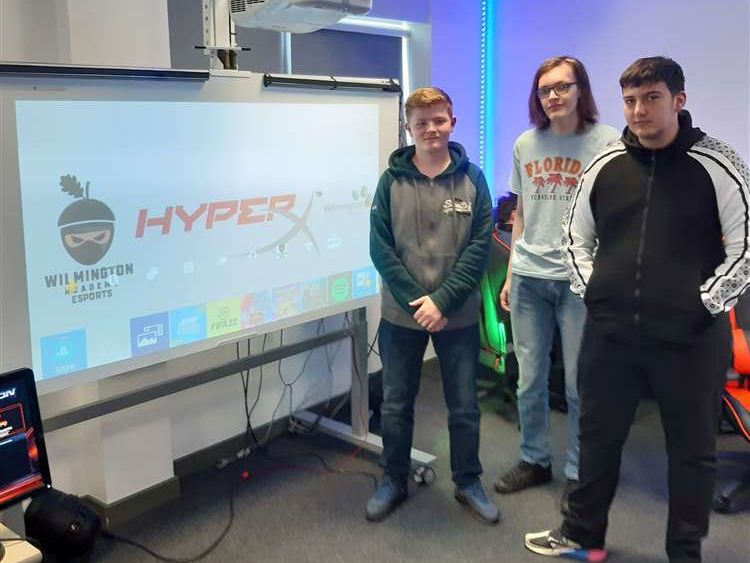 He also said it has been a learning experience for himself as a creative media department educator, as he says it has changed the classroom dynamic and made learning a more collaborative experience for all.

“It’s great, I think it’s going to be the way forward and other schools will come on, and as part of the Leigh Academy Trust if we can be the lead in that then that’s great for us.”

Professional gaming continues to go from strength to strength with international competitions offering up huge prizes.

It’s hoped Wilmington’s alumni will return once they complete the program to pass on the baton and “inspire the next generation of Esports and digital learners”.

Ex-pupil Amber Gleed, who leads one of the school’s mixed teams, is among those sharing her skills and knowledge.

The 18-year-old explained: “Communication would be the biggest thing. In a game with six other people who you are in a team with you just have to talk to them.

“As the head captain and coach of the Overwatch team that was the thing I had to get everyone to work on.

“I’m still drilling it into them but it’s like now we have started doing it and we are communicating it more it’s obviously coming across a lot more.

“I feel like just knowing how to communicate properly in a team of just five to six other people, it’s a helpful thing.”

It’s also something the ex-student believes will help her and her former classmates in the near future.

She added: “You have got to have the confidence to say the right things at the right time.

“Having clear communication now and working on it and developing just helps that later down the line.”

It’s not just about competing. Other pupils hoping to enroll in the brand new Esports BTEC are eyeing up other careers in the industry.

Poppie Foard, 16, said: “You could have a streaming career so just by playing the games with other people watching and earning money that way.”

Asked what her favorite aspect was, she replied: “It’s really great to work as a team. We’ve all started to talk to each other more.”

Fellow student and team-mate Aaron Watkins has also taken an interest in the technical and business side of the sport and the 15-year-old can see himself hosting events in the future.

With the League of Legends championship competitions attracting a bigger online audience than the U.S. Superbowl, hosting can be a lucrative job.

When asked what sets Esports apart from traditional gaming, Aaron said: “It’s basically the feeling of doing something other than for yourself.

“There’s a reason to you actually playing. It makes you want to practice more and more.”