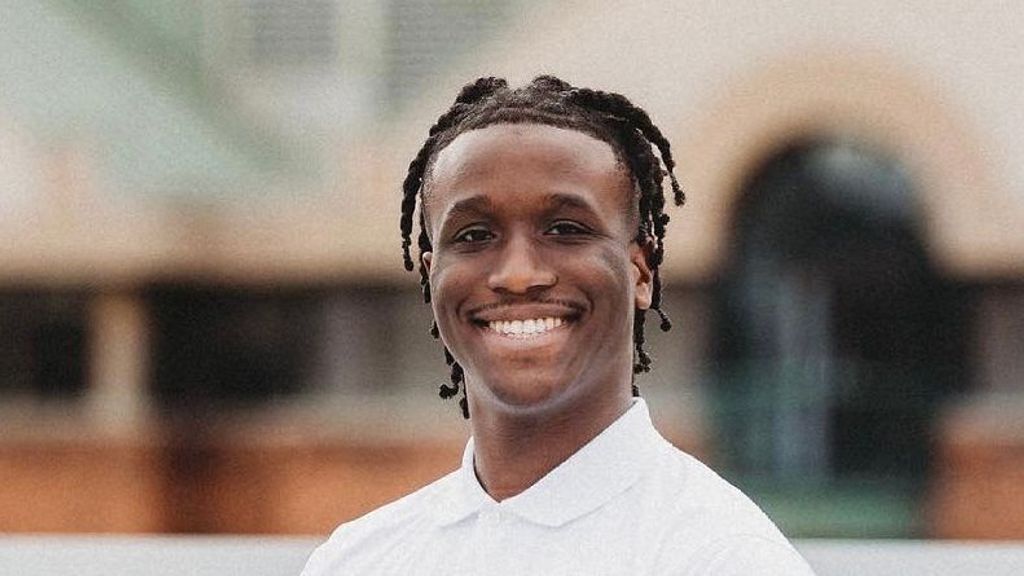 Mykal Manswell speaks with maturity beyond his years, especially when addressing mental health concerns among African Americans related to racism and the pandemic.

The 25-year-old former college football player referenced racial suffering having affected blacks since the birth of America and beyond during an interview with Zenger.

“The African-American community has unfortunately dealt with generational trauma for over 400 years. That type of healing must be seen as a priority, not a problem because when left untreated, unsupported or simply uneducated, history will continue to repeat itself,” Manswell, a North Carolina-based mental health counselor, said 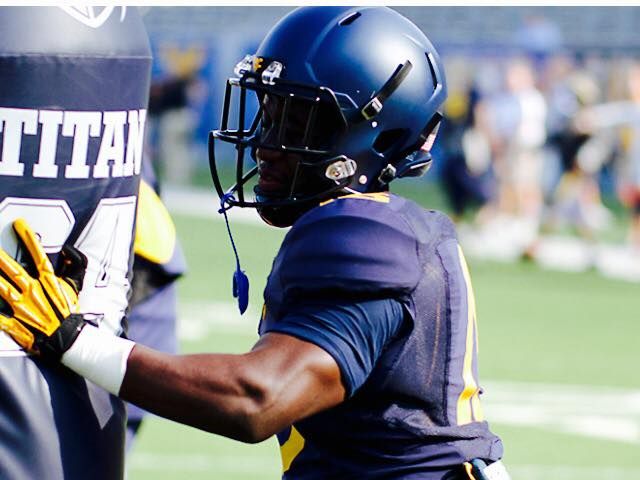 “I had to watch the 2015 season play out and missed out on my first bowl experience for the Cactus Bowl,” said Mykal Manswell, who became depressed while delivering pizza to the homes of West Virginia football fans after being kicked off the team. (Courtesy Mykal Manswell)

“I am proud to be an African American in the mental health field and of every single mental health student or professional who is making a difference. The field can continue to thrive if more people of our community support one another through encouragement to seek therapy, pursue an education in the field or organize community events so that it can become normalized effectively. Pain doesn’t discriminate, so it is important for the African-American community to heal every single day.”

Manswell is also the founder HYPE Consulting, which provides services and guidance in areas such as mental health, sports psychology, career development and leadership training.

“Mykal is a man who never forgets where he came from and how he got there,” said Best, who mentors athletes. “Mykal is just real, and he lives up to the HYPE of his company’s name.”

Manswell launched the company when he was in graduate school pursuing a master’s degree in counseling psychology.

“The benefits of implementing positive self-talk, productive goal-setting and managing performance anxiety have helped me, too, in a variety of fields and achievements, whether it was competing for a roster spot on the Division-I level, obtaining several jobs in diverse career fields or presenting at multiple national conferences in the fields of sport psychology and mental health,” Manswell said. “The clients I had the pleasure of working with have understood the value of these simple concepts.”

“Because the process of becoming successful and building confidence takes time, self-talk allows you to be your best supporter. Goal-setting creates action-oriented processes to implement,” he said “Managing performance anxiety allows for individuals to prepare to execute objectives with minimal errors. One thing I found beneficial is that regardless of the clientele I serve — being business owners, professional athletes or college students — the process of pursuing greatness can be applied to anyone.”

“Career coaching provided me with the expertise to help young professionals navigate the workplace and build their skills in order to pursue their aspirations with confidence,” said Manswell, who is pursuing his certification as a certified mental performance consultant. “Mentoring provides me with a motivational role to empower individuals who have similar or different backgrounds an opportunity to learn effective skills, tools and resources to enhance their lives.” At West Virginia University, Mykal Manswell briefly played alongside future NFL players. But his hopes of joining them were dashed during his sophomore year when he was kicked off the Mountaineers’ squad. (Courtesy of Mykal Manswell)

Manswell’s lowest point personally came during his sophomore year in college in September 2015 when he was “kicked off” the West Virginia Mountaineers football team as a walk-on wide receiver and cornerback, not on scholarship.

The Mountaineers were 2-0 when an off-campus fight occurred, and although not directly involved, Manswell and several other players lost their spots on the team.

After several tryouts and attempts to get back on the team, Manswell said he endured extreme depression and anxiety over an 18-month period. During some of that time, Manswell delivered pizzas to the homes of fans of the team he had just been cut from.

“I became a pizza delivery driver for a couple months to help cover rent, school and daily expenses. When I delivered a pizza, one woman said, ‘I guess you’d better hurry up so you can go home and watch the game.’ She had no idea how impactful those words were for me to hear as I was on the outside looking in with my life after football was over,’” Manswell said.

“On certain days I felt like the world was numb. I would then feel days of being on edge waiting around for someone to confirm that I can come back to the team, but I had to watch the 2015 season play out and missed out on my first bowl experience for the Cactus Bowl. The period of depression prevented me from effectively using my time wisely with school opportunities to become a better student. I experienced depression, anxiety and an identity crisis.”

A visit with a mental health counselor “began a new journey for me” and “changed the trajectory of my life forever,” Manswell said.

Manswell’s ability to persevere is not lost on former Mountaineers’ teammate Will Crest, who works as a youth mentor at a Baltimore community center.

“Depression is something you don’t take lightly, and Mykal’s situation helped me to realize that in college,” said Crest.

“Mykal’s resilience in pulling himself out of that miserable state of mind was remarkable. He has since been putting into practice what he learned as a student, and he’s using it as a means of not only motivating himself but to help other athletes and individuals.”

In May 2018 after serving as a peer mentor during his senior year, Manswell graduated with a bachelor’s degree in sport and exercise psychology with honors. One month later, Manswell was working as an assistant strength and conditioning coach at IMG Academy in Bradenton, Florida.

“IMG offered my first opportunity to merge my educational and athletic experiences into helping professional and youth athletes from across the world to excel in their sports,” said Manswell, who worked with athletes from more than 80 countries.

“I also had the pleasure of being challenged with learning how to manage language barriers in order to be able to communicate with international students from Brazil, China, Korea and several other places across the world. It was fun for me to be able to implement mental strategies that allowed them to emphasize the meaning of teamwork, grit, perseverance, passion and fun on a fundamental level so that they can become consistently intrinsically motivated and dominate their respected sport.” 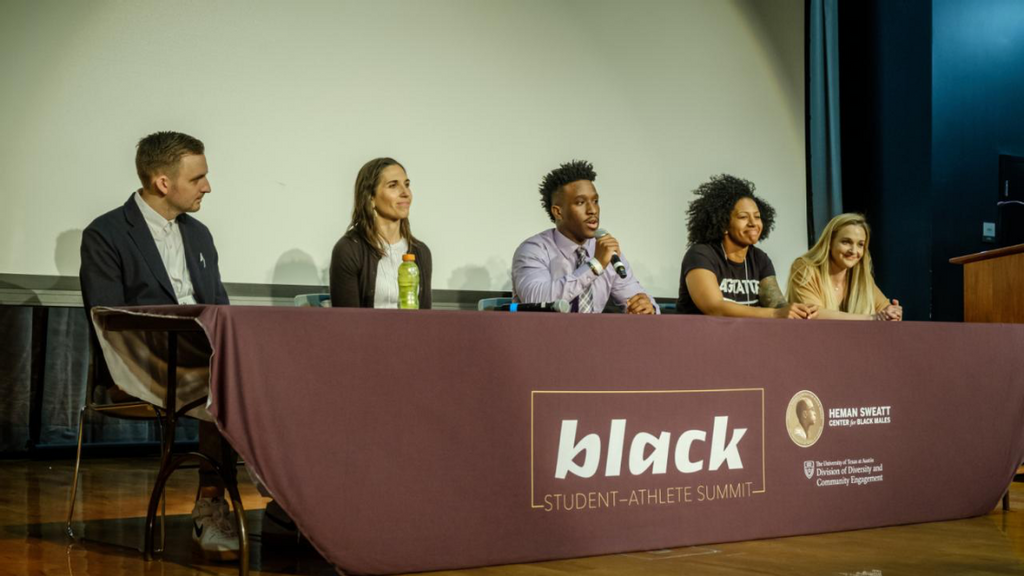 Mykal Manswell (center) is a 25-year-old licensed clinical mental health counselor associate who served on the Black Student-Athlete Summit Panel (above). He was also a senior peer mentor at West Virginia University and is founder of HYPE Consulting. (Courtesy of Mykal Manswell)

Manswell published a research article on athletes leaving competitive sports in October 2018. After a year at IMG, Manswell was accepted into a master’s program at Robert Morris University to pursue a degree in counseling psychology

Manswell moved from Bradenton to Pittsburgh for his next job as a child development specialist at the Bradley Center, a 24-hour residential treatment facility for adolescents who have experienced severe trauma, behavioral issues and intellectual disorders.

Manswell worked there for another year before transitioning into a role as a lead teacher at KinderCare Early Learning Center in Pittsburgh working with preschool and kindergarten-aged children in social, academic and emotional development. 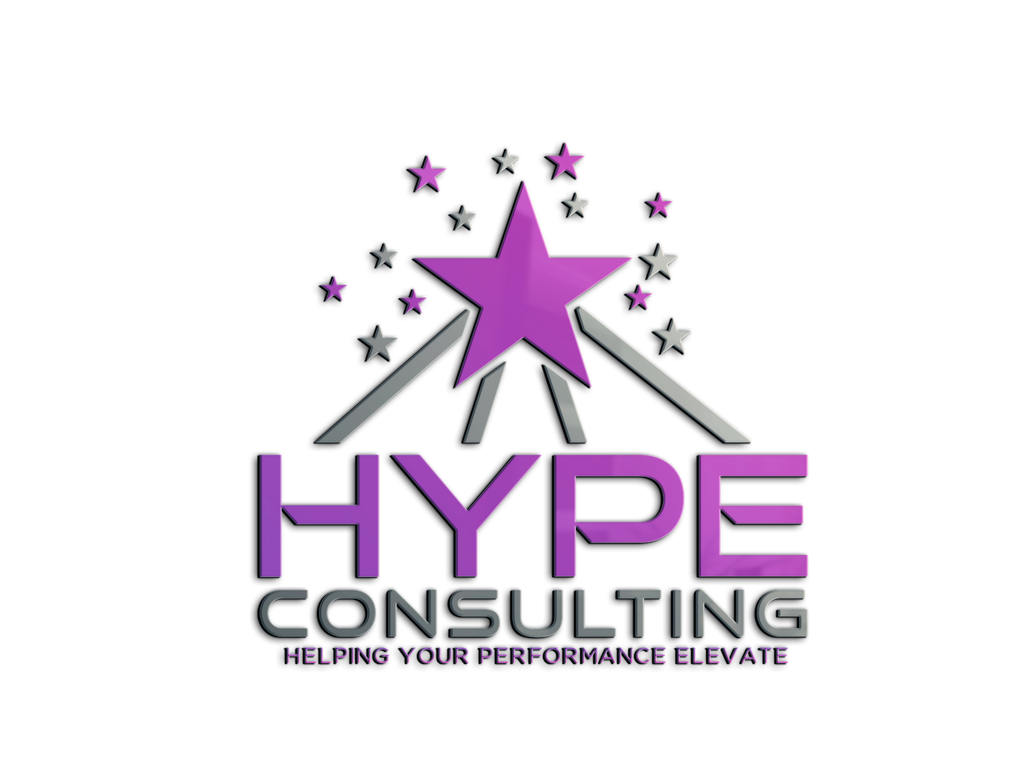 “Mykal is a man who never forgets where he came from and how he got there,” said former sports psychology classmate Josh Best of Mykal Manswell, founder of HYPE Consulting, personal development company. (Courtesy of Mykal Manswell)

“Being a counselor does not feel like work to me, which is why I know this is my passion, whether helping with life transitions, traumatic experiences or daily life skills,” Manswell said. “The diversity in mental health keeps me interested, committed and motivated, which is why my goals for the future include conducting collaborative mental health awareness projects with global corporations.”

Manswell moved to Raleigh, North Carolina, in July 2021 to begin his clinical career at Hope Services as an intensive in-home counselor for families and children dealing with mental health issues, substance use and out-of-home placement.

With more experience and professional credentials, he moved on to Thriveworks Counseling and Coaching in February.

“My journey has been long, strenuous and full of ups and downs,” said Manswell, who provides psychotherapy to couples and individuals addressing conflict resolution, post-traumatic stress and self-esteem, among other issues.

“But through it all, I’ve become successful at every step of the way,” he says. “This story is meant to be used as motivation and inspiration for those who not only want to be great in their lives but as a demonstration that by persevering during even in the darkest of times, one can emerge triumphantly.”
Edited by Richard Pretorius and Matthew B. Hall