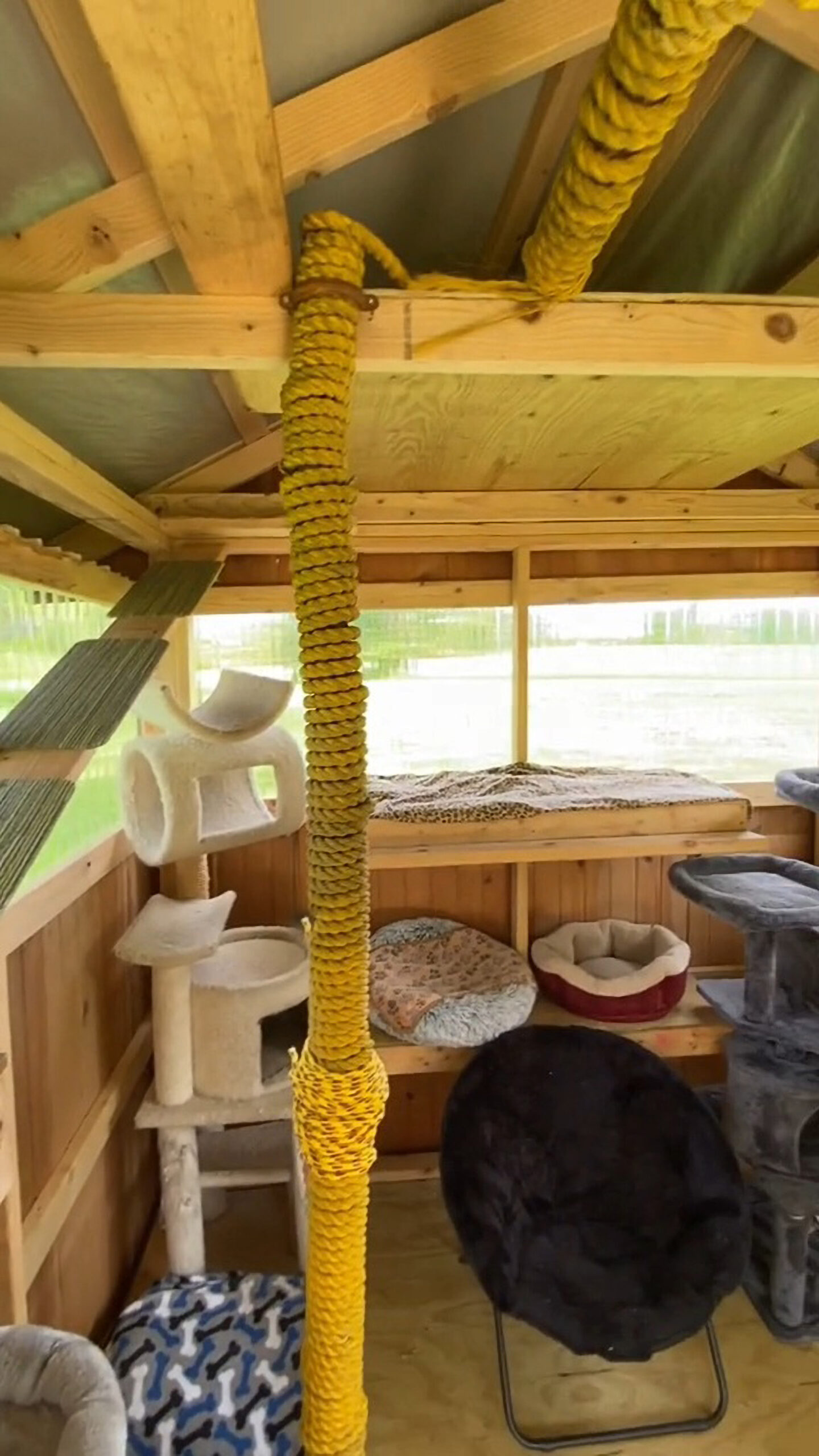 This is the viral moment with over 3.3 million views that a TikTok couple shows off their specially-built house for their colony of 10 cats.

Emily Bott, 28, and her husband Dylan Loewke, 30, from the city of Rochester, New York, currently own 10 cats after inheriting a colony when they bought the property in 2018.

To help the cats feel at home, the couple built a house especially for their four-legged friends, who the couple say love all of their climbing areas and being able to stretch out freely and perch by the windows.

They regularly share videos on their ‘Freedom Farmhouse’ TikTok page where they boast 176,000 followers.

Several clips of the building process have gone viral with over a million views apiece and one video showing the completed cat house has even garnered over 3.3 million views.

In the footage, Emily films the inside of the cat house as she gives viewers a tour as one feline explores its new fun surroundings.

Footage of the inside of the cat house shows numerous perches and climbing areas for the cats to enjoy. 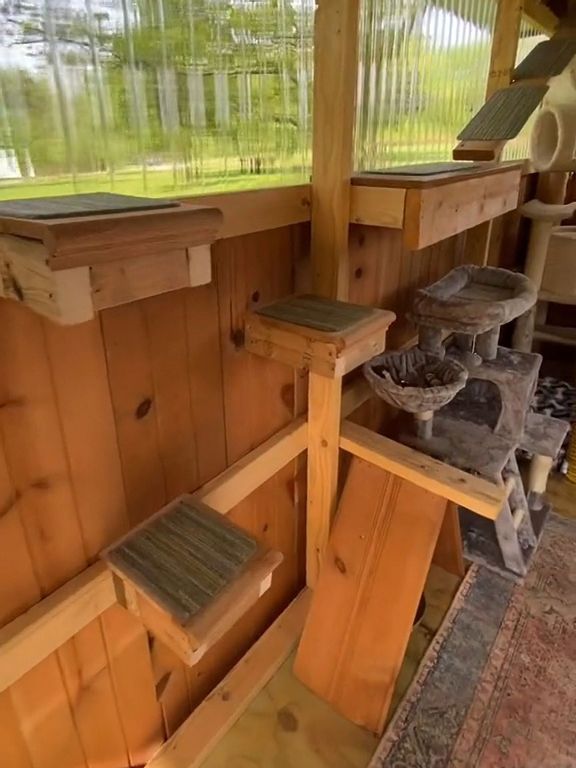 Emily can also be heard explaining that they installed an AC unit for when it gets hot, and indeed the camera can be seen panning to the right and showing the newly installed device.

Emily then focuses the camera on part of the cat house that serves as a climbing area, saying that she calls it their “jungle gym.”

Emily told Zenger News that the cat house took four weekends to build at a cost of around $2,500.

She said her husband Dylan built the house himself after coming up with a design for it with the help of his father.

Emily told Zenger News: “It took about four weekends in total to build the cat house and cost approximately $2,500. The cats love all of their climbing areas and being able to stretch out and perch by the windows. 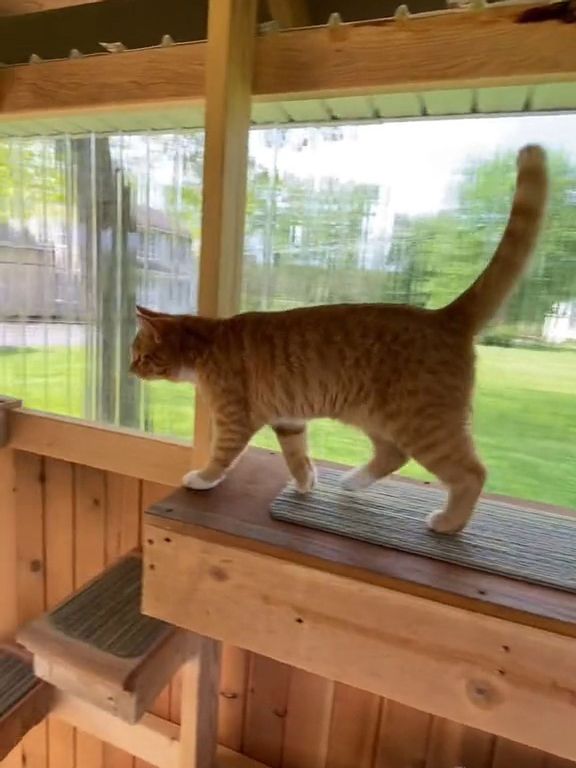 “Dylan built the whole structure himself and came up with the vision together with his dad.

“Most people had a great reaction to our new cat house and were just as excited to see the cats use it as we were!”

Emily added: “We are renovating our home this summer and plan to create a sun room/cat room for the cats to use as well. This will provide them with a safe, heated place come winter.”