Back To The Future Again DeLorean Shifts Into Metaverse Gear

Delorean is driving into the metaverse.

As businesses and organizations grow comfortable with NFTs, they look for new ways to connect with their target demographics in the metaverse, the world of virtual reality. (NFTs are non-fungible tokens, digital assets that represent real-world items.)

The DeLorean Motor Company is one of the most recent automakers to enter this realm.

The DeLorean, specifically the DMC DeLorean, is best recognized for its appearance in the “Back to the Future” film trilogy (1985-1990), where it doubles as a time machine.

As a result of its film appearances, the DeLorean has become one of the most recognizable on-screen cars of all time. On May 30, the company responsible for manufacturing the car submitted two trademark applications to the United States Patent and Trademark Office for both the DMC and DeLorean. 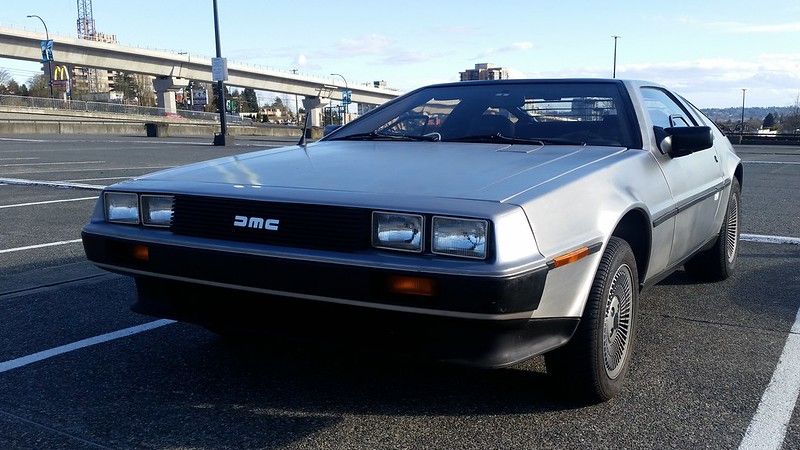 An original DeLorean from the early 1980s. (nifticus392/flickr)

Such moves are emblematic of a developing trend in which well-known people and businesses engage in the metaverse and NFTs. This interest has manifest in various ways, from investing in the technology to opening retail stories in the metaverse.

And the NFT industry is a booming business.

Nearly $41 billion worth of cryptocurrency was sent to two types of Ethereum smart contracts associated with NFT marketplaces from early 2021 through mid-December, according to blockchain analytics firm Chainalysis. DeLorean’s new model is an electrical vehicle with an expected range of at least 300 miles. (DeLorean Motor Co.)

Despite the fact NFTs have only been around for a short period of time, they are attracting attention in both art and business worlds.

The number of trademark applications for NFT in the United States skyrocketed by more than 400 times in 2021, with the highest number of reports coming in during December, according to research carried out by Finbold.

The next DeLorean car to be introduced is the EVolved. The company plans to reveal this new model at the Pebble Beach Concours d’Elegance on August 18. The EVolved is generated by a battery-electric powertrain. CEO Joost de Vries told Car and Driver the reborn DeLorean is expected to offer at least 300 miles of driving range.

DeLorean’s metaverse interest is shared by other automakers.

McLaren Automotive, a British company that manufactures luxury supercars, made an announcement in April about the launch of McLaren Special Operations LAB. This was followed by the launch of an exclusive new digital community that represents the next chapter in the company’s strategy for the metaverse.

BMW is partnering with Nvidia and Hyundai is teaming with Unity. Both automakers are creating 3D digital twins in their factories that can be accessible virtually, per Business News.

The post Back To The Future, Again: DeLorean Shifts Into Metaverse Gear   appeared first on Zenger News.

Back To The Future, Again: DeLorean Shifts Into Metaverse Gear  .

Read more: Back To The Future Again DeLorean Shifts Into Metaverse Gear