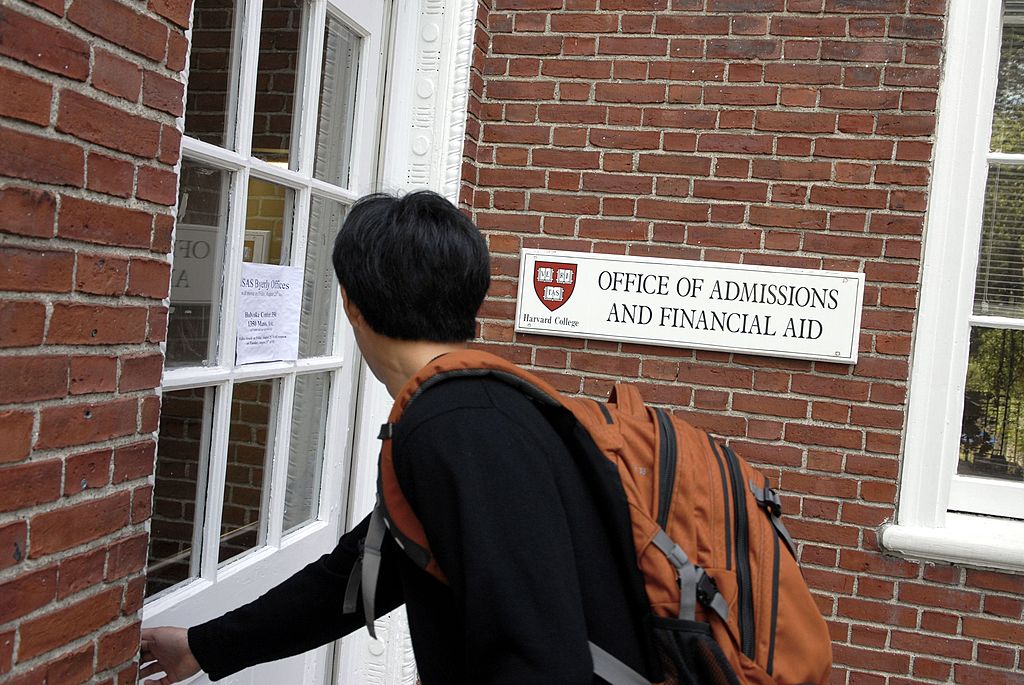 A third of Americans had no life plan after completing school – whether it was high school or college (34 percent), according to a new poll.

The survey of 2,000 adults looked into people’s sentiments surrounding life entering adulthood and found that similarly, 41 percent didn’t have a job lined up after graduation.

And nearly a fifth of respondents who attended college admitted they didn’t have a plan for after senior year (17 percent).

The same percentage said that after completing their last schooling (whether high school or college), they were pessimistic about their future before stepping into the real world.

Data from a survey conducted by OnePoll for Colorado State University Global for National Higher Education Day also revealed that 62 percent of people would be interested in attending college at this point in their life, including 787 respondents who already have a degree. 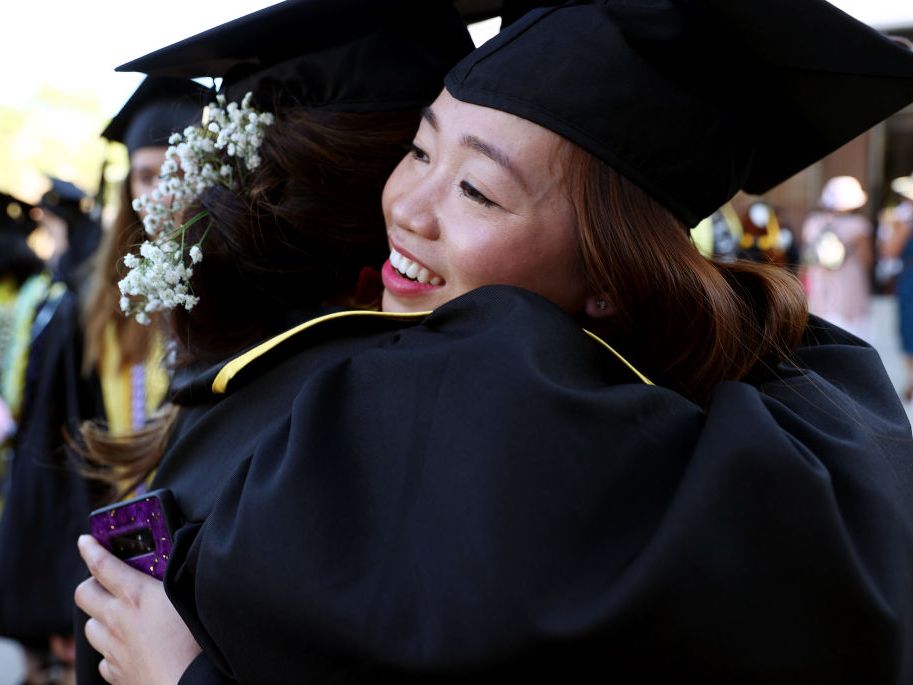 Cal State Los Angeles graduates hug following their commencement ceremony which was held outdoors beneath a tent on campus on July 27, 2021 in Los Angeles, California. (Photo by Mario Tama/Getty Images)

The same percentage of respondents also expressed interest in pursuing a degree or certificate fully online from the comfort of their home (62 percent), with two in three parents agreeing that this would be something they’re open to.

When it comes to how higher education can benefit students in the real world, seven in 10 people agree that colleges have a responsibility to prepare students for challenges they’ll face in the real world (71 percent).

And three-quarters of those who attended or would be interested in attending college said when making the decision to apply to a school, it’s important to have a dedicated academic advisor to help tackle some of these challenges.

Having a hands-on advisor proves to be helpful, as two-thirds of those who have attended college said their advisor was helpful in guiding their academic journey during college.

These respondents were nearly six times more likely to say their college did a good job of preparing them for challenges in the real world (89 percent vs. 15 percent).

When asked how their college experience could have been better, many cited learning things that would help them in their everyday lives (47 percent) or a curriculum-based experience in their field of work (44 percent) as ways their schooling could have better prepared them.

Similarly, 39 percent would have also benefited from better academic advisory, and 37 percent said they would have done better if they knew what they wanted to study earlier. 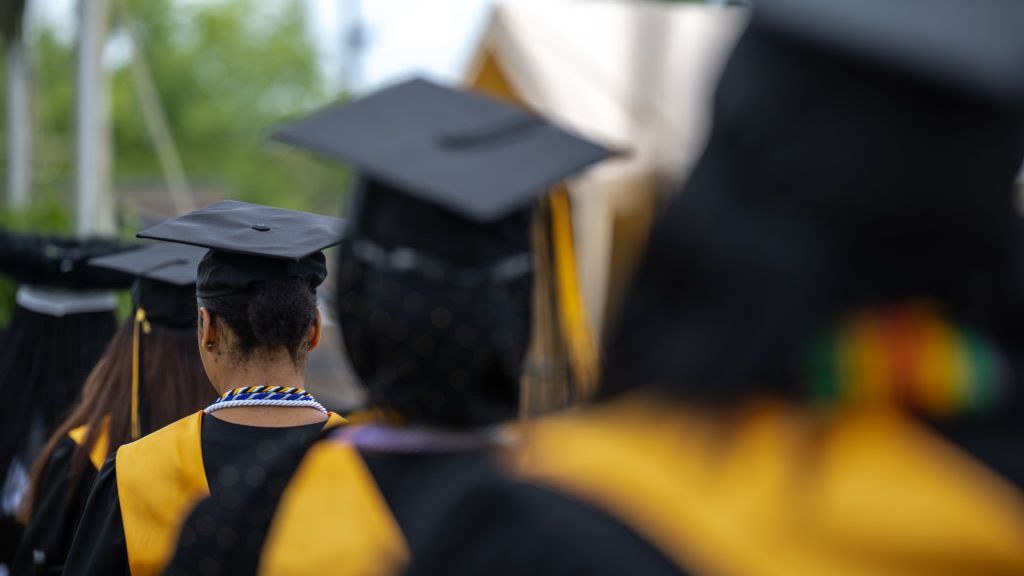 Caps and gowns of a row of former students of Jefferson County Public Schools are seen during a makeup graduation ceremony at Central High School on May 28, 2021 in Louisville, Kentucky.(Photo by Jon Cherry/Getty Images)

Nearly a quarter of respondents who are currently employed and went to college said that their current job is not within their field of study (22 percent).

And most said the money they spent on their annual college tuition is higher than what they’re currently earning annually (68 percent).

This may be why 69 percent of respondents who attended college also said they’d be interested in switching jobs/careers to a field unrelated to the one they originally wanted to pursue.

“For those looking to make a career switch, this is the perfect time to tackle a degree or certification in a new field you are passionate about to improve your chances of finding your dream career path,” said Pamela Toney, president at CSU Global.

“For many busy adults who are also working a full-time job and raising a family, considering alternative education options outside of a traditional brick-and-mortar campus, such as an online program, can help them attain their degree while also balancing life’s responsibilities.”

Many noted that a break from college was just what they needed.

Those who took a break between college and work took an average of four months in between, but 37 percent took longer than this.

A whopping 86 percent of these respondents said this break was helpful.

It’s no surprise, then, that half of college attendees said if they could go back, they would take a break between college and work (49 percent).

“Taking a break does not mean that has to be the end of the line for your education,” said Toney.

“It’s never too late to go back and get your degree or earn a certificate to hone a new skill in your field.

In today’s modern world, going back to school is possible for learners of all ages.”

The post Now What: Nearly A Fifth Of Americans Admit To Not Having A Post-Graduation Plan appeared first on Zenger News.

Now What: Nearly A Fifth Of Americans Admit To Not Having A Post-Graduation Plan.

Read more: Now What Nearly A Fifth Of Americans Admit To Not Having A Post-Graduation Plan