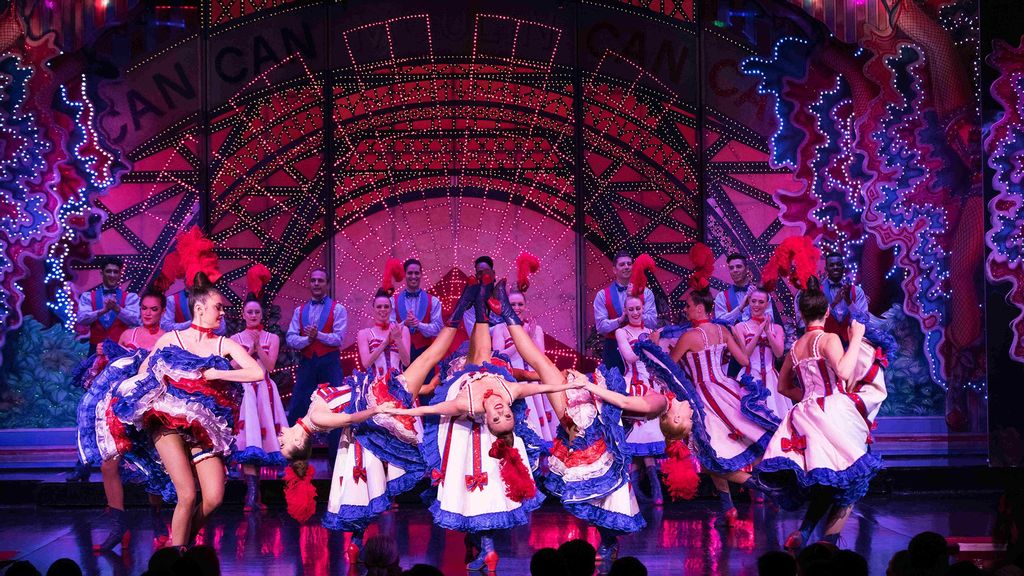 The windmill on Paris’ iconic Moulin Rouge has been converted into a love nest for romantic couples who can stay there for the first time ever.

The Moulin Rouge, located in the heart of Paris’ Montmartre District, is considered the home of the French cancan, a dance full of rhythmic and popular charm that immerses spectators in the Belle Epoque.

The cabaret venue in the French capital is opening its iconic windmill to guests for the first time since its construction in 1889.

The Moulin Rouge said in a statement: “The bedroom – which has been a closely-guarded secret up to now – recreates all the romanticism of the Belle Epoque, inviting guests to travel back through history and time.”

In an interview with Zenger News, Moulin Rouge spokeswoman Fanny Rabasse said it had taken a month to convert the space into a romantic love nest.

It will open to guests for the first time since its construction in 1889. 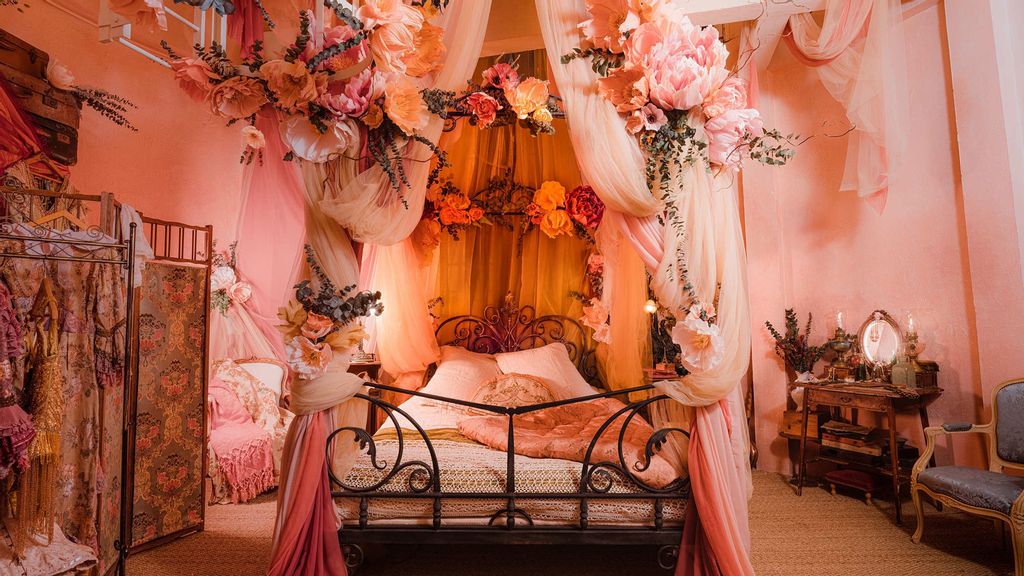 Inside of the bedroom in the windmill of the Moulin Rouge. (Daniel Alexander Harris/Zenger)

Asked why it was only happening now she said: “It always was in our thoughts to use this extraordinary room, but we needed a project that truly met our expectations.”

To realize the project, they teamed up with Airbnb, and the romantic love nest has an exit through the iconic Moulin Rouge and also a private entrance that bypasses it.

Rabasse declined to say how much the renovation had cost and said the makeover had been done by the Moulin Rouge team and Airbnb without the need for an architect, but they did have a historian.

She said: “The Belle Epoque design is known for its lavish decoration and its imaginative use of both new and traditional materials. 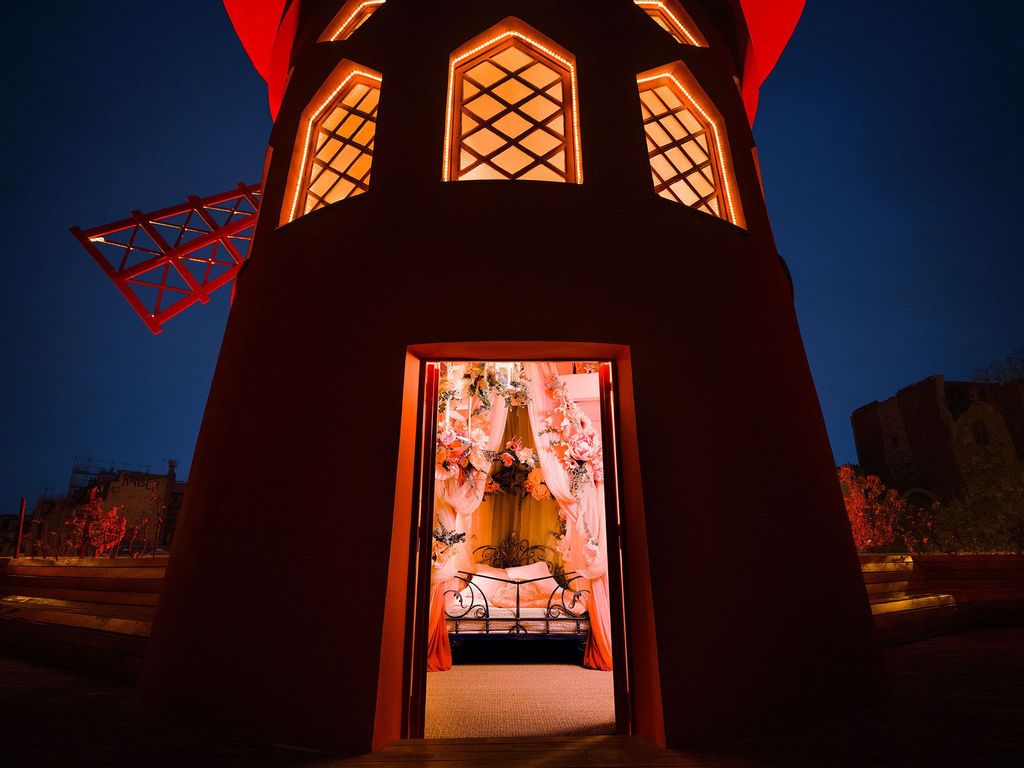 Outside of the bedroom in the windmill of the Moulin Rouge. (Daniel Alexander Harris/Zenger)

“True to this spirit, Moulin Rouge and Airbnb recreated a Belle-Epoque atmosphere in the iconic windmill, with a few objects evocative of that time, while providing modern comfort for the guests.

“When recreating the decorative and stylistic details of this celebrated time in history, Airbnb worked with the renowned 19th-century French historian Jean-Claude Yon to authentically renovate the windmill.”

Yon was tasked with recreating the decorative and stylistic details of this celebrated period in history.

To mark the occasion, a handful of special guests will be allowed to stay for three nights in June for the symbolic price of EUR 1 (GBP 0.84, USD 1.05). 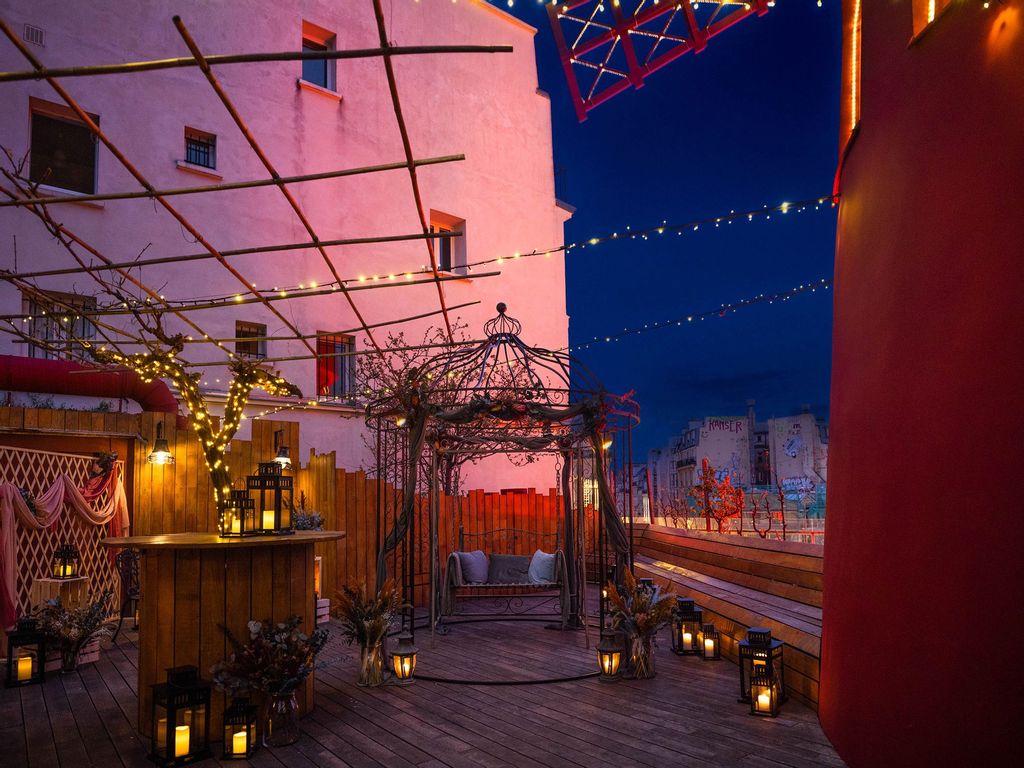 Terrace of the bedroom in the windmill of the Moulin Rouge. (Daniel Alexander Harris/Zenger)

In a statement announcing the offer, Moulin Rouge said: “A total of three one-night stays at just one euro a night will be available on Airbnb, giving three lucky couples the chance to enjoy a unique experience in this celebrated cabaret venue where they’ll discover a world of glamour, luxury, charm, and mystery.

“Few people even know about the existence of the mill’s interior, which has never been open to the public. The people working at the Moulin Rouge and Airbnb have transformed the inside from top to bottom, creating a luxurious bedroom that evokes and pays tribute to the origins of the Moulin Rouge.

“The interior of the windmill has been fitted out in keeping with the spirit of the Belle Epoque, giving guests the opportunity to journey back in time to the early days of cabaret. For just one euro, they will have the chance to discover the Moulin Rouge in all its glory.

“Guests will begin their stay with an exceptional behind-the-scenes tour followed by a meeting with the lead dancer before enjoying a lavish dinner in the best traditions of French gastronomy.

“After taking their VIP seats, guests will marvel at the magical extravaganza Feerie as a prelude to spending a memorable night in the legendary windmill.” 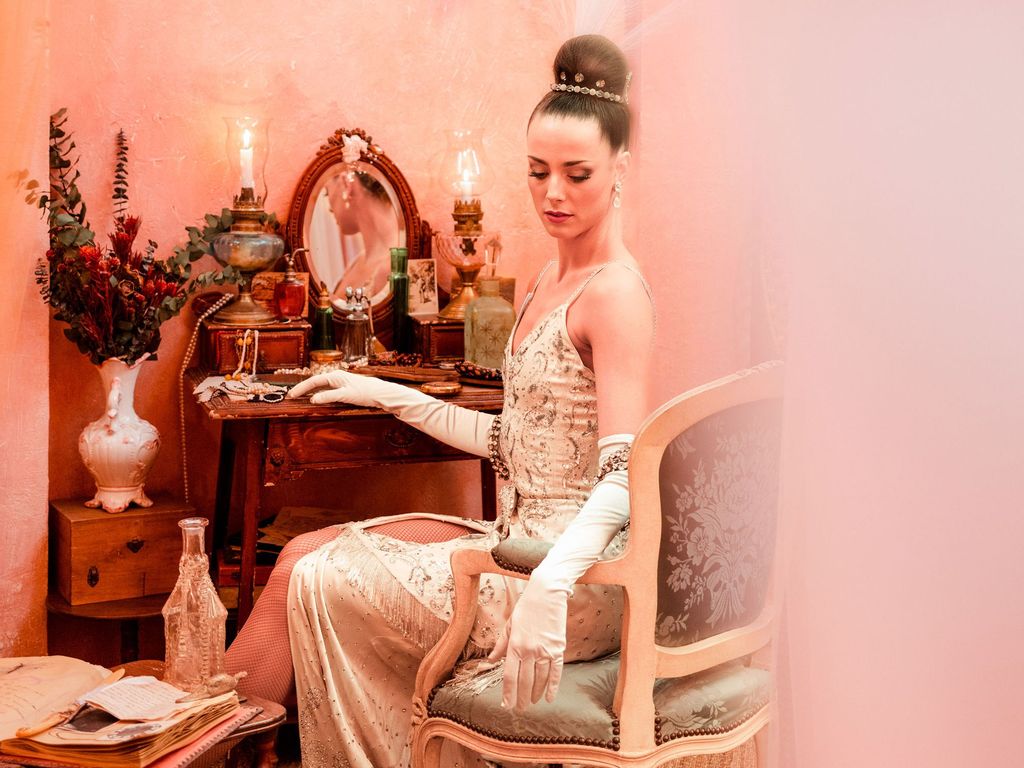 The dancers Claudine discovers in the bedroom in the windmill of the Moulin Rouge. (Daniel Alexander Harris/Zenger)

To mark the special occasion, Claudine Van Den Bergh, principal dancer at the Moulin Rouge, will be the guests’ Airbnb host.

Van Den Bergh said: “The show at the Moulin Rouge immerses spectators in the glamour and grandeur of the French music hall tradition, making them forget all about everyday life.”

Three couples will enjoy the privilege of staying in this bedroom that will reveal its glories for three overnight stays on June 13th, 20th, and 27th of 2022.

They added: “The windmill was erected in 1889 as a tribute to Montmartre’s rural origins before being rebuilt three decades later after a fire. The windmill has never been open to the public throughout its colorful history until now.”