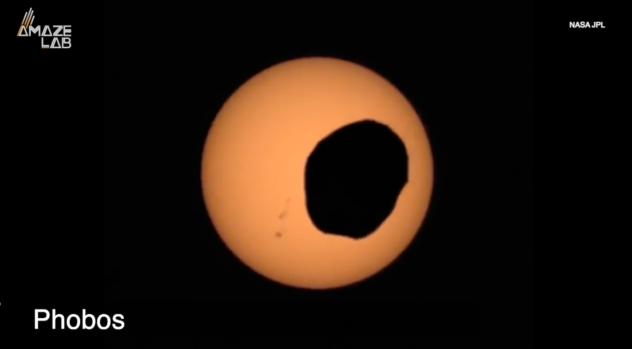 Space is the final frontier — for photography.

While the next solar eclipse in the United States won’t be for another two years, the Perseverance Mars rover, which landed on the surface of the Red Planet in early 2021, recently captured spectacular footage of Phobos, Mars’ largest moon, crossing the face of the sun.

The new imagery will help scientists better understand the moon’s orbit and how gravity pulls on the Martian surface.

Rachel Howson, one of the Mastcam-Z operators for Perseverance at Malin Space Science Systems in San Diego, said the Perseverance rover first sends lower-resolution thumbnails that offer a glimpse of the images to come. Still, she was genuinely stunned by the full-resolution versions.

“I knew it was going to be good, but I didn’t expect it to be this amazing,” Howson said in a NASA release. “It feels like a birthday or holiday when they arrive. You know what’s coming, but there is still an element of surprise when you get to see the final product.” 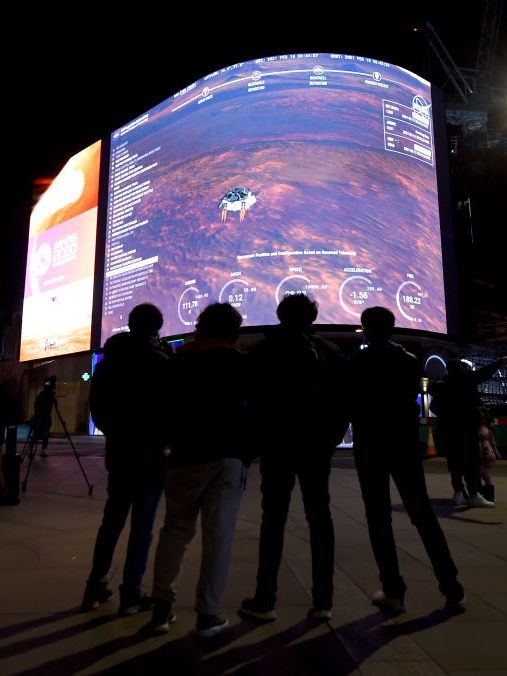 Spectators take in the live-stream landing of NASA’s Perseverance on Mars at Piccadilly Circus, in London, England, on Feb. 18, 2021. The rover has been traveling through space since launching from Cape Canaveral at the end of July 2020. (Stuart C. Wilson/Getty Images)

These images are now the latest chapter in a long history of NASA spacecraft exploration, which dates back almost 20 years.

In 2004, the twin NASA rovers, Spirit and Opportunity, took the first time-lapse photos of Phobos during a solar eclipse. Then in 2019, Curiosity captured a video of the potato-shaped moon crossing in front of the sun with its Mastcam camera system.

Now, thanks to Perseverance’s next-generation Mastcam-Z camera, which has an upgraded zoom capability compared to Curiosity’s Mastcam, NASA has the most zoomed-in video of a Phobos solar eclipse.

Mark Lemmon, a planetary astronomer with the Space Science Institute in Boulder, Colorado, noted how the color in this version of a Phobo solar eclipse sets it apart.

“You can see details in the shape of Phobos’ shadow, like ridges and bumps on the moon’s landscape,” Lemmon said. “You can also see sunspots. And it’s cool that you can see this eclipse exactly as the rover saw it from Mars.”

This new imagery, along with eclipse observations from the surface of Mars over the last two decades, will help scientists refine their understanding of Phobos’ slow death. 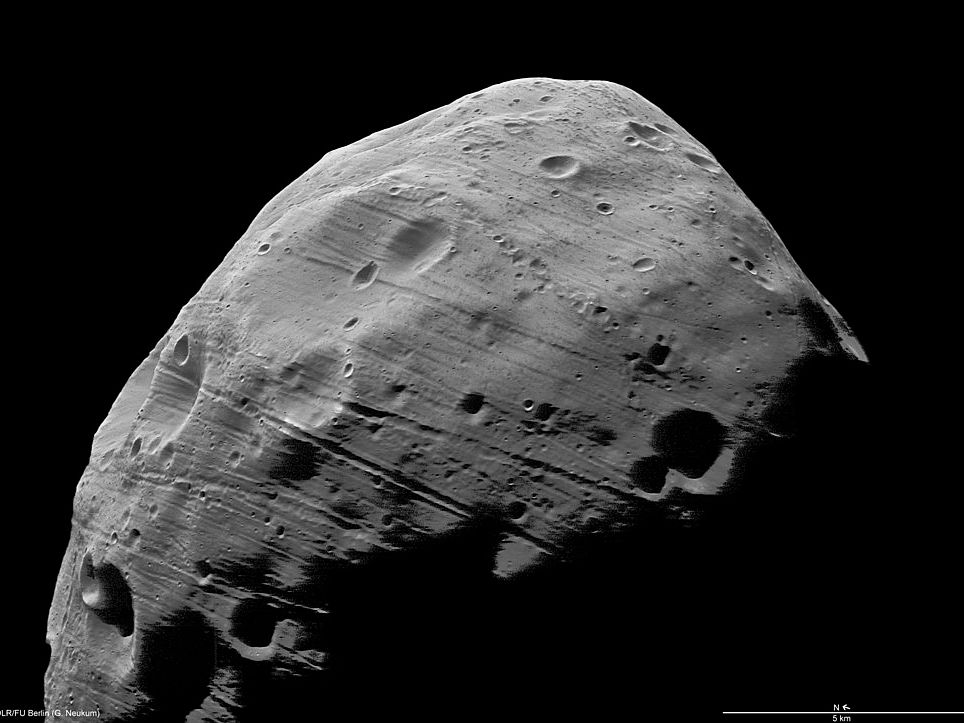 An image of Mars’ moon Phobos taken in 2008 by a high-resolution stereo camera on board the European Space Agency’s Mars Express. (NASA/ESA via Getty Images)

As Phobos orbits nearly 3,700 miles above the surface of Mars, which is closer to its planet than any other moon in the solar system, the gravity of the Red Planet is pulling Phobos in closer at a rate of 6.6 feet every hundred years.

Scientists expect the moon to crash into the surface of Mars within the next 50 million years or so.

For the latest weather news, check back on AccuWeather.com. Watch the AccuWeather Network on DIRECTV, Frontier, Spectrum, fuboTV, Philo, and Verizon Fios. AccuWeather Now is available on your preferred streaming platform.

Produced in association with AccuWeather.com.