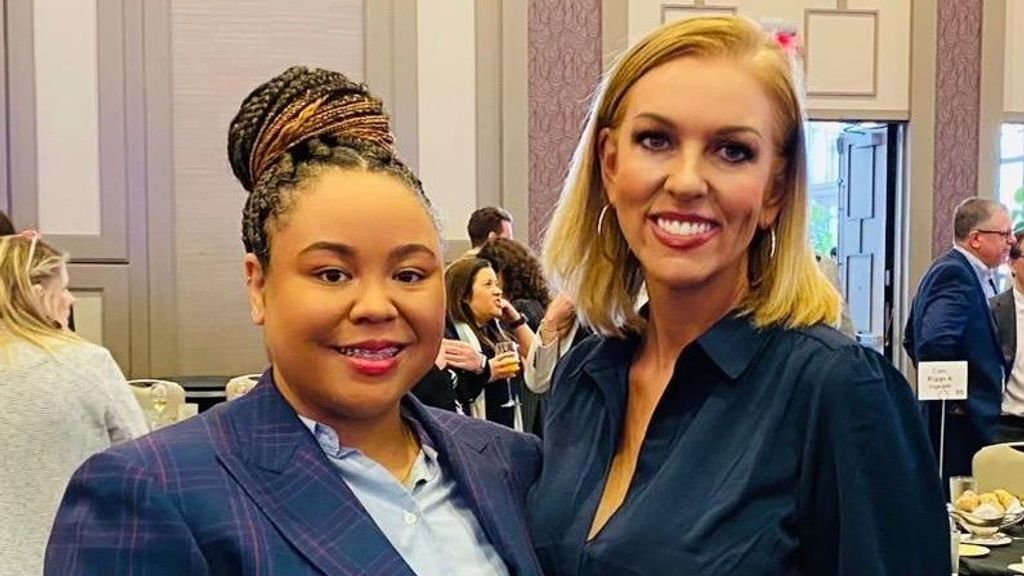 NEW ORLEANS — Injustice is not limited to a particular race, religion or gender. It comes in many forms and often goes unnoticed. Doing their part to shine a light on injustice in New Orleans and elsewhere, Angelique Phipps and Jolie Bernard have teamed up to provide a voice for those who have been directly affected by injustice and families who have felt the effects of isolated instances of injustice.

Not to be confused with famous actress Angelina Jolie, Angelique and Jolie are influential in their own right. Both have found success in the communications space, and through their newly formed company Conscious Communications Collective, or C3, they aim to extend the luxury of open dialogue to those in need. C3 is a nonprofit organization advocating for social change. It accepts donations through Donately.

The duo sat down with Zenger to discuss their plans at C3.

Zenger: How did you two amazing women connect on such an important mission: Conscious Communications Collective, also known as C3?

Bernard: Just a little bit of context on how Angelique and I connected in our space as professional women in the communications industry. Both of us sit on the board of directors of the Public Relations Society of America New Orleans Chapter Board, which is a group of professionals in a multitude of communications capacities. We just get together and support each other.

When I met her, I knew immediately that she was someone who was like-minded, who I could do this mission work with. Knowing her involvement in her husband’s space and what she does in the social justice space, it just made sense.

[I was] dealing with a situation with one of our clients, who is also a personal friend of mine. [It was] a wrongful death situation, where a friend of mine — a former NFL player — died in police custody in December. [Phipps was] listening to me talk about that: how you have to handle the sensitivities of that [situation], manage the legal side, the narrative side, with the family dynamics. She jumped right in. She wanted to help. I’m in a place in my life personally and professionally where we prop each other up. I don’t refuse help, so I said, “Absolutely!”

There is a gap in the communication space for families who lean on attorneys for the civil and possibly criminal side of a situation where they [have] lost a loved one, but what about the storytelling side of it? How can we help in the space where families don’t feel like they can tell their stories? They don’t know the option is there for them. That’s how we started, but it’s not how we’re going to finish, because I do look at her as a partner in purpose but, more important for me, as a like-minded woman who is becoming another sister. 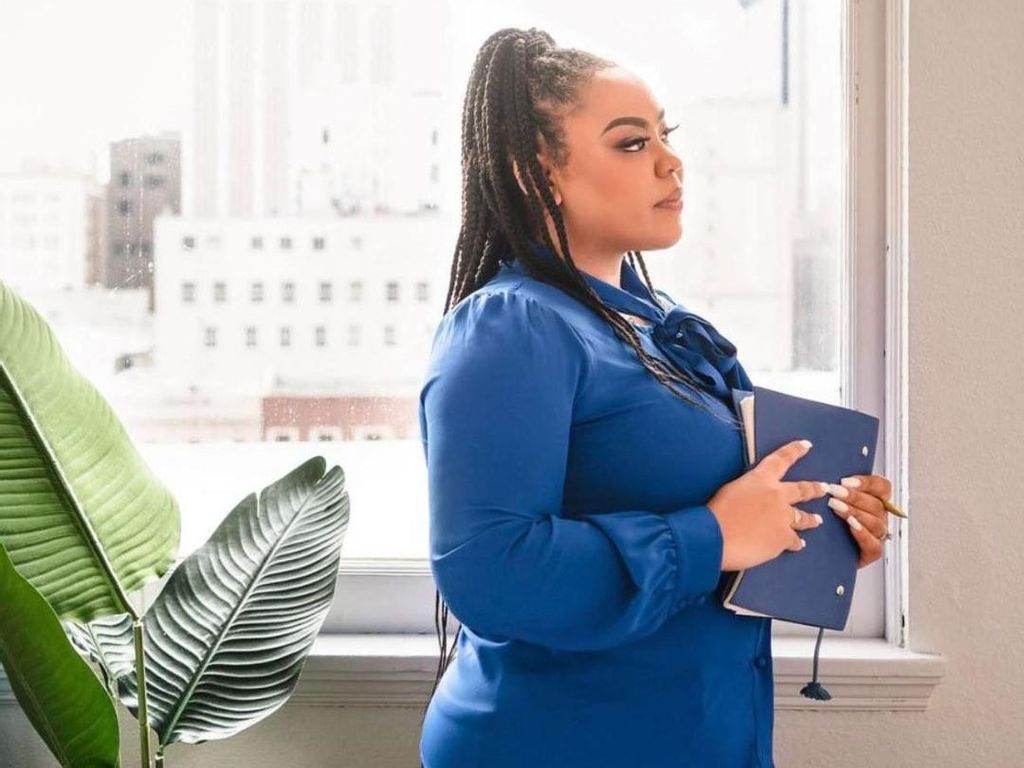 Phipps: In terms of our work, in these social justice cases, these situations tend to be very long-term. …Most people don’t know what to do. They are thrust into the spotlight in the worst possible situation of their life. Not only is that not feasible financially, but it’s taxing. If you have a team behind you, it turns out to be a little bit different. Otherwise, you have issues that fly under the radar because no one knows about it because they don’t know how to get it out there.

A part of our space in this is to replicate something like an ACLU [American Civil Liberties Union] or NAACP [National Association for the Advancement of Colored People] defense fund but in the communications space. We can assist those families and work in tandem with legal teams to [get] everybody…on the same page and also bring awareness to whatever that situation entails. It’s a circle of support, education and a way [in which] Jolie and I can effectively create change and positive impact.

Zenger: One of many benefits of C3 is repairing reputations. How important is that aspect of what your organization offers?

Bernard: Oftentimes, particularly with people of color, particularly black men, even if they are not convicted of whatever the accusation or egregious offense may be, they rarely ever get to tell their truth. So the [story] of what people think they did becomes how they define themselves as people and how the general [public] defines them. When you look at…reputation management and…actually [relay] the truth to the audience that generally tends to buy into what they are seeing — good, bad or indifferent — it’s incredibly important to give that individual their sense of self-worth back.

For this organization, what we intend to do is…give everyone a safe space to tell their truth, to amplify their story and understand that, regardless of this mindset of “cancel culture,” it’s important to hear those words. Words matter. Reputation, integrity and authenticity is all we ever have.

Phipps: In addition to that, not only is it important to that individual, but it’s also important to the public. I think within communities of color, when you have this constant barrage of convictions, it becomes a situation where individuals tend to absorb that thinking. One side starts to think they must have done it — implicit bias is reinforced. On the other side, if that…[person] looks like you, you’re internalizing that as “This is what I must be.” That’s my outlook.

Not only does that limit thinking sometimes, [but] it almost in a sense makes some people believe that that’s what they should be. They almost make these individuals heroes because they were convicted of whatever the crime may be. Instead of aspiring to be who that person truly is, they are now aspiring to be at that street-legend status. As important as it is to repair that reputation, it’s equally as important to create a different narrative and show the true person to the public, so that they can have a different role model and thought process. 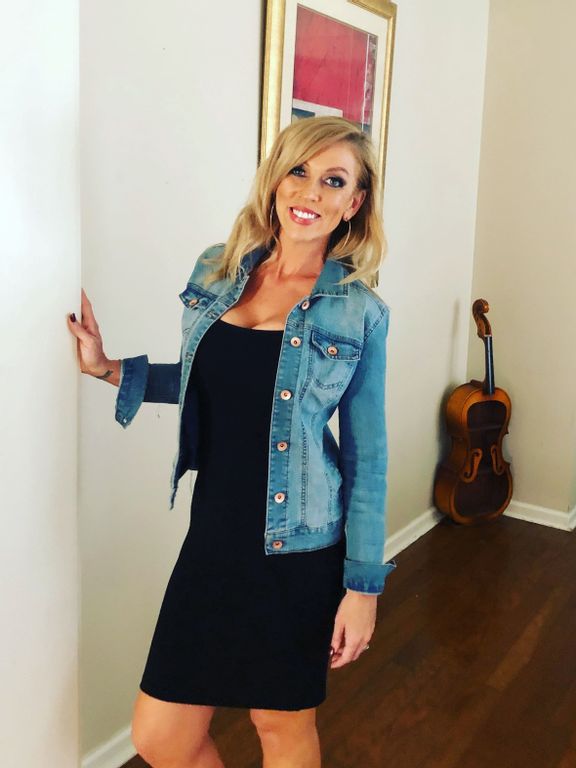 Zenger: Does your organization have an open-door policy for all injustice, or are you trying to target specific types of injustice?

Bernard: The idea of [how] we define social injustice leads us to actual justice [for] whatever the offense is. Right now, we’re living in a polarized world where everything is about the integrity of law enforcement, particularly with the racial reckoning of 2020, with Colin Kaepernick, Eric Reid and the NFL. Even recently, with Brian Flores. That is always the perception of what social injustice is. There are so many other social elements that we either don’t pay enough attention to or we’re not making those connections because lived experiences are different for everyone.

So when we talk about social justice communication, we’re not just talking about law enforcement and community issues. We’re talking about issues that are gender based, workplace based, when we have men making more than women in 2022 and they’re doing the same thing or the woman is doing it more [efficiently] with less time and [fewer] resources. We are going to do our very best to listen and help any and all people [who] feel like they need to anchor and amplify their voices.

Zenger: Ang, we’ve previously discussed your pursuit of making it illegal to use someone’s mugshot for articles and interviews once their time has been served or they have been vindicated. Is that something you’re still pursuing through C3?

Phipps: Yes! It falls along the lines of righting a wrong. For example, a young man could get arrested and his mugshot [would appear] in the paper and all over the news and internet. A year goes by, and he’s found not guilty, [but] that image is still [fixed] in the [minds] of potential employers. The majority of people don’t take the time to research and see he wasn’t found guilty; instead, it creates a barrier.

I had a situation that was brought to my attention about a young man who was involved in [a] band and other things. He was arrested for something he had nothing to do with. His mugshot was splashed all over the news, and even though he was found not guilty and the case was dismissed, it still caused a problem when he was trying to get into college and trying to get a job because people viewed him very differently.

Zenger: What made this the perfect time for you two to come together and make this happen?

Bernard: That’s a really good question. It’s multi-layered for me. The first part, for me, [is] being in [a] position to connect conversations, to connect people, to really spotlight some of the things we as women are guilty of [and] how we treat one another. It’s always important for me to [understand] what it looks like for women to be [either or both] personal and professional in relationships.

With me being a black woman and Angelique being a woman that doesn’t look like me, I felt as though it was more important to anchor a partnership because we’re friends but also [because we’re] in a professional space, so people can see and [use] independent thinking…to recognize that it’s not about color. It’s about capacity — to be able to create [an environment] where you are living and working [to] your highest and best [purpose], creating conditions where we can have the most impact together.

[As] you put like-minded people around you, you get a lot further faster. Not only am I trying to be an example of…a servant leader in particular, but women in [a] leadership capacity can also work with another woman as a partner and not view her as a threat. It’s a bonus for me to have this woman that doesn’t look like me [and] means the world to me, and [I] really connect [with the idea] that the fact that she doesn’t look like me shouldn’t matter in any decision, personally [or] professionally.

This gives both of us the chance to connect in overlapping spaces, where she doesn’t care that I’m black [and] I don’t care that she’s white. I care about the impact, the community and this person very personally. We just so happen to be doing business together. This is collaboration, not competition.

Phipps: Professionally and personally, I’m in a space where I don’t view people as competition. Jolie is a powerhouse in her own right. We are both fighting the good fight. To me, it makes sense to not only celebrate and empower her as an individual but to also join forces because now, we’re a force to contend with together. Jolie and I both lead by example. So we are setting an example by empowering each other [as] successful, intellectual women. Other people take notice.

The post A Voice For The Voiceless: Nonprofit Helps Victims Of Injustice Reclaim Their Stories appeared first on Zenger News.

A Voice For The Voiceless: Nonprofit Helps Victims Of Injustice Reclaim Their Stories.

Read more: A Voice For The Voiceless Nonprofit Helps Victims Of Injustice Reclaim Their Stories