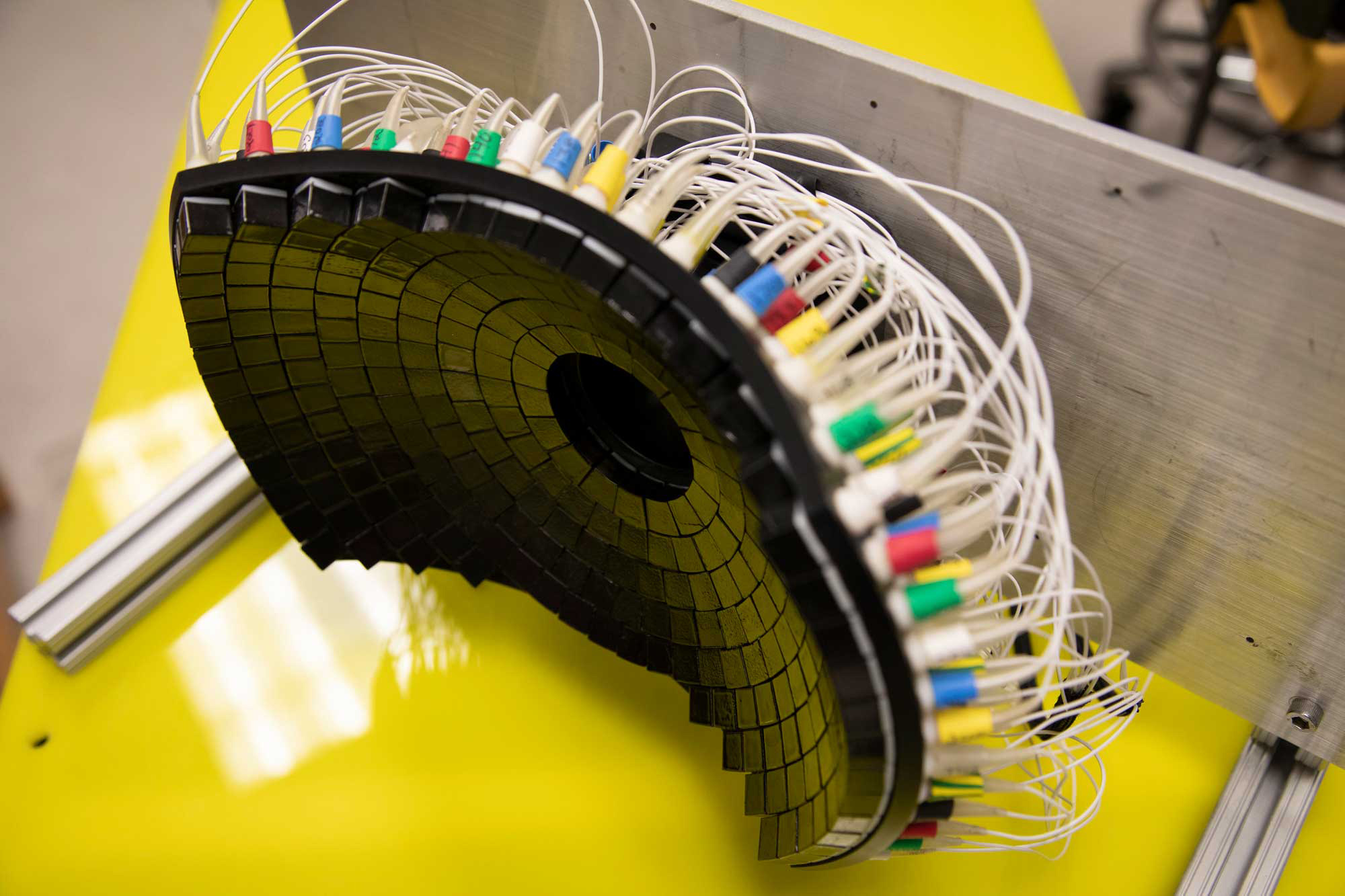 A new pioneering technique developed at the University of Michigan can blast tumors in a non-invasive way, with experts saying that in 80 percent of cases, they do not grow back.

The experts think that the discovery could revolutionize cancer treatment and Zenger News has spoken to one of the study’s authors in an exclusive, follow-up interview.

The statement also said that “by destroying only 50 percent to 75 percent of liver tumor volume, the rats’ immune systems were able to clear away the rest, with no evidence of recurrence or metastases in more than 80 percent of animals.”

And clinical trials using the technique in humans are already underway in the US and Europe.

Zhen Xu, a Professor Of Biomedical Engineering at the University of Michigan and one of the study’s authors, said: “Even if we don’t target the entire tumor, we can still cause the tumor to regress and also reduce the risk of future metastasis.”

Professor Xu told Zenger News in an exclusive, follow-up interview on Thursday, April 21, that sometimes it is better to avoid blasting the whole tumor, opting instead to target only some of it. She explained: “Histotripsy can be used to target the entire tumor. In many clinical situations, the entirety of a cancerous tumor cannot be targeted directly in treatments for reasons that include the mass’ size, location or stage.

“Thus, we targeted part of the tumor to mimic a conservative treatment in a non-optimal clinical scenario.”

Professor Xu and other researchers say that histotripsy “is the first non-invasive, non-ionizing, and non-thermal ablation technology guided by real-time imaging. Using focused ultrasound delivered from outside the body, histotripsy mechanically destroys tissue through cavitation, rendering the target into acellular debris.”

Speaking about how histotripsy can cause the immune system to be triggered, allowing it to reduce the size of a tumor or destroy it completely, Professor Xu said: “Histotripsy mechanically disrupts the cells in the target tumor to [on the one hand] release tumor antigen that can be detected by the body’s immune system, and [on the other hand] cause immunogenic cell death.”

She added: “These two effects combined triggers both innate and adaptive immune response to destroy the residual tumors.”

The results of their research are promising, with it believed that the technique could even be combined with other forms of cancer treatment. Professor Xu said: “We are currently investigating combining histotripsy with immunotherapy, and our early results indicate that histotripsy has the potential to enhance immunotherapy.” 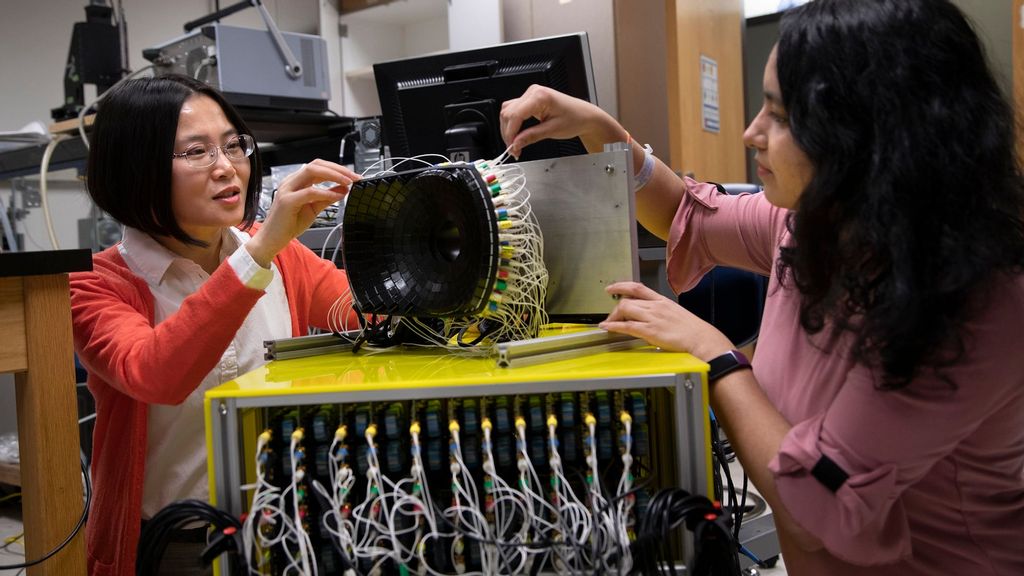 Professor Xu said: “We have recently obtained promising results on histotripsy treatment of brain therapy. We have successfully used histotripsy to treat live pig brain through excised human skull with histotripsy. Histotripsy applied from outside the skull has also been used to treat inside the brain of whole human cadavers.

The researchers believe that this new potential treatment, already undergoing a separate human liver cancer trial in the US and Europe, could completely revolutionize how cancer is treated.

Professor Xu also said: “The #HOPE4LIVER histotripsy trial for patients with liver cancer is being conducted in 15 clinical sites in the US and Europe. HistoSonics is hoping to expand to other cancers in the abdominal region (e.g., kidney, pancreas). However, no additional trial is scheduled at this point.”

These special ultrasound waves are different to those found in, say, a typical medical ultrasound device, with Professor Xu saying: “Both histotripsy and ultrasound imaging use micro-second length ultrasound pulses, but histotripsy uses ultrasound a pulse with much higher amplitude and lower frequency.”

To do this, the experts use what is called an ultrasound transducer array, with Professor Xu saying: “There is a plastic membrane placed outside the patient’s chest, which is connected to the ultrasound array transducer. 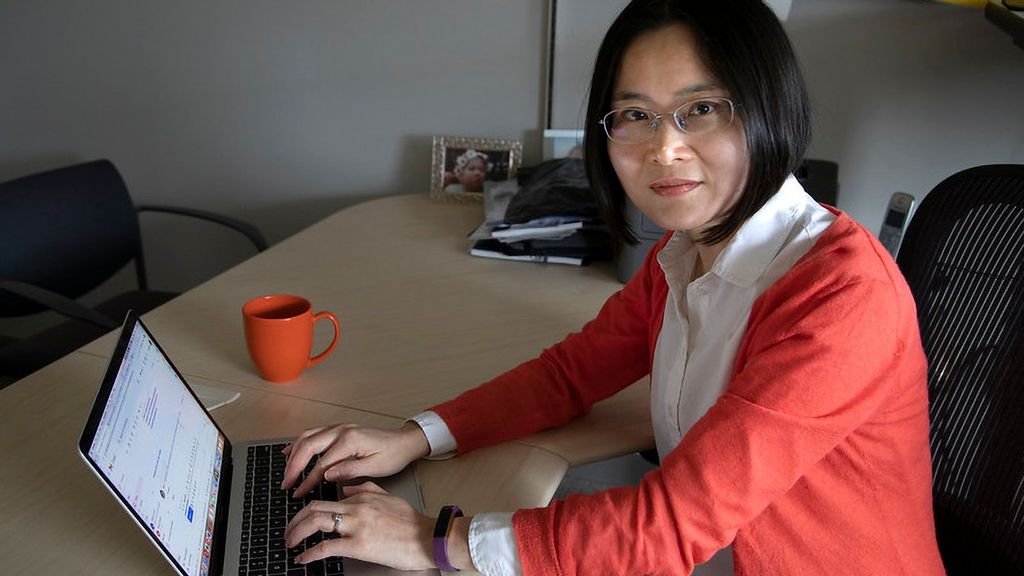 It is currently unclear why some of the tumors do not return after being treated in rats, with Professor Xu saying: “Histology from our animal study showed no tumor cells in the treatment site at the 3-month study endpoint. However, we do not have any human data to answer this question yet.”

But some promising news is that this technique could be used to treat metastatic cancer patients, with Professor Xu saying: “Based on our current animal study results, treating one tumor nodule can lead to the reduction of the metastases. We have some early human data to support this, but further investigation is needed.”

Although she also added that they were lacking data regarding the effects of treatment if the cancer had reached a patient’s bone marrow or bloodstream, saying “we don’t have data on this and don’t know the answer yet.”

The next steps Professor Xu plans to take in her research, along with her colleagues is geared towards “making technological advancements to expand histotripsy to other cancer types and increase the suitable patient population for histotripsy”.

She also plans to “further study histotripsy immune-stimulation and combination with immunotherapy.”

And she added that her research will also focus on “developing transcranial histotripsy for non-invasive brain surgery”, because “brain surgery presents unique technical challenges for histotripsy.”

The new technique could also be used to treat a wide variety of cancers too. Professor Xu said: “Histotripsy has been studied to treat cancers in the kidney, breast, prostate, pancreas, thyroid, and brain in animal tumor models.

“Histotripsy has also been studied as a non-invasive surgery tool for applications outside cancer, for example, removing blood clots or softening calcified cardiac valve.”

The study has been published in the academic journal Cancers.