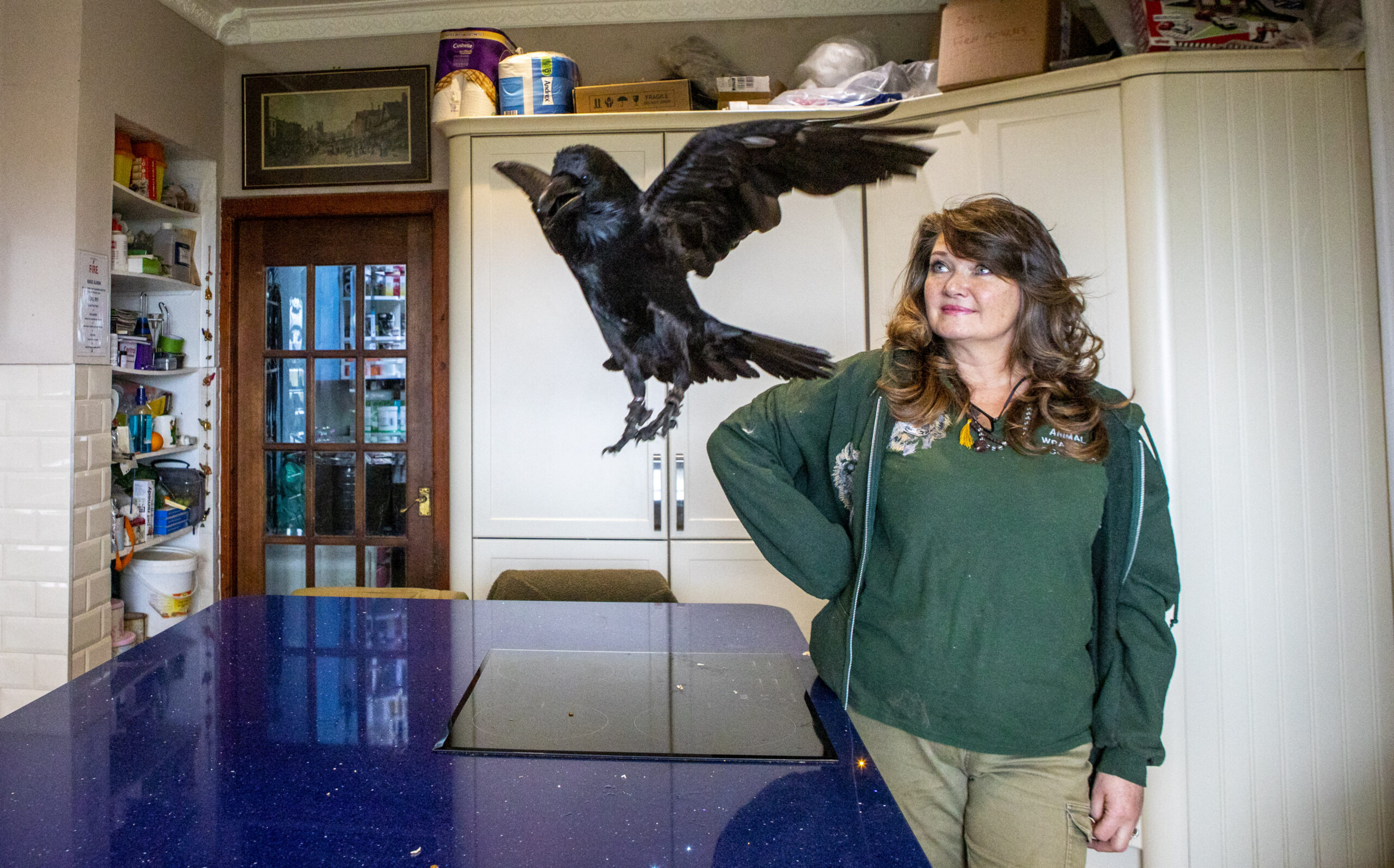 Animals are more than just companions — sometimes they are also careers.

Bozena Bienkowska has worked as an “animal wrangler” for 20 years, after working as an equine behaviorist for the BBC.

She currently has 22 Andalusian horses, which are used in films, due to their beauty and nature. Bienkowska also breeds poodle-cross dogs, which appear in movies. She has even coaxed perfect screen performances from her pets, including a raven and a wolf-hybrid.

A recent production she worked on was “Man & Witch,” a movie sequel to “The NeverEnding Story” series. 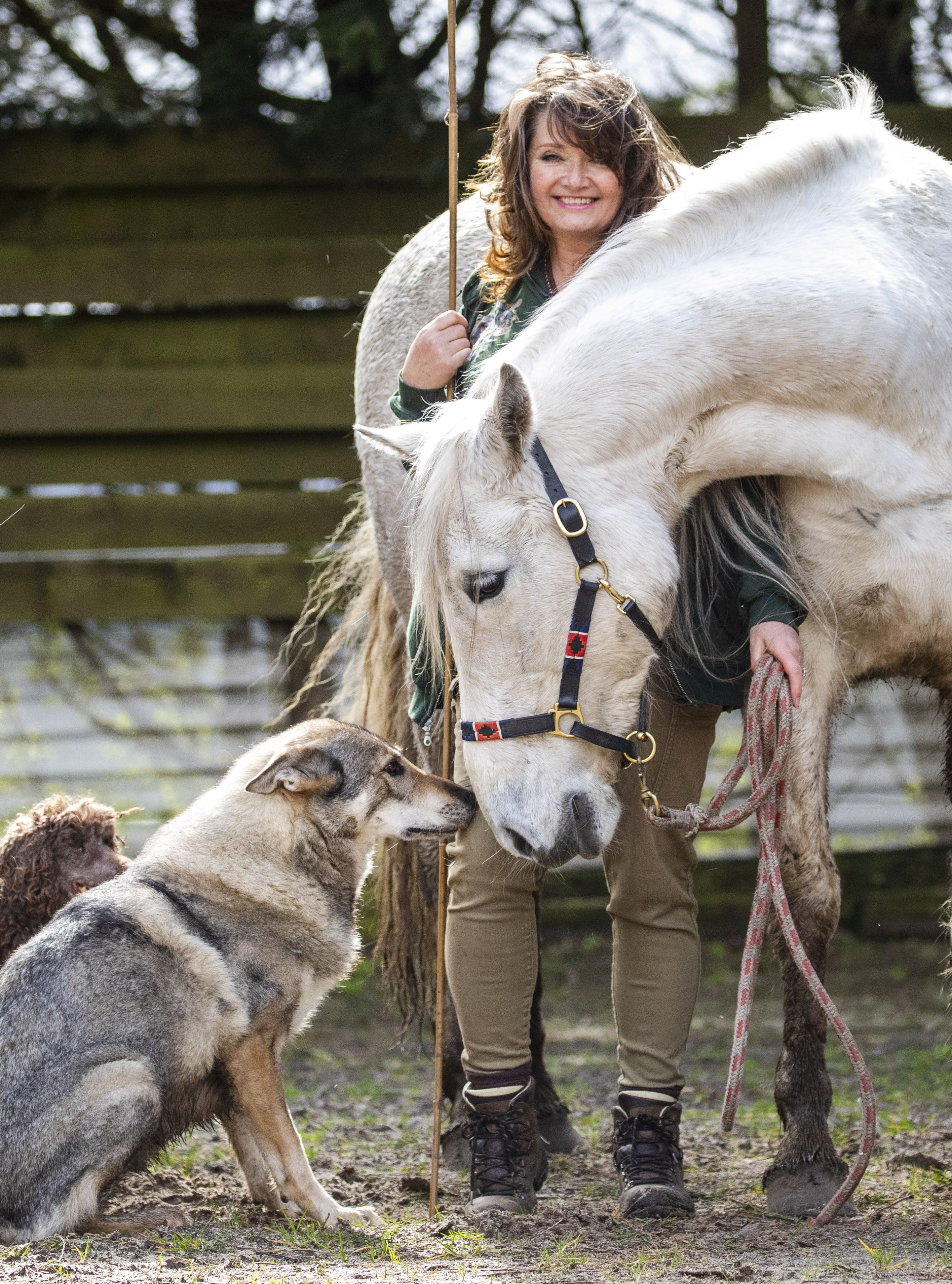 Bienkowska, from Glasgow, Scotland, has worked on everything from commercials for the soft drink Irn Bru to the British children’s TV channel CBeebies to films starring Colin Firth, who she said loves animals.

Her wolf-hybrid Kali appeared in “Wuthering Heights” as a pet belonging to Heathcliffe’s adoptive brother’s son.

“I’ve not yet come across an animal that I don’t get on with,” she said. “I don’t rush up to dogs in the street and pet them, it’s so disrespectful to the animal. I don’t approach them until they approach me.

“My job is to be happy and relaxed. I have to stay in a very calm place. I can jump through hoops, but I can’t change nature. Sometimes, I have to say: ‘I know you want this, but it can’t happen.'” 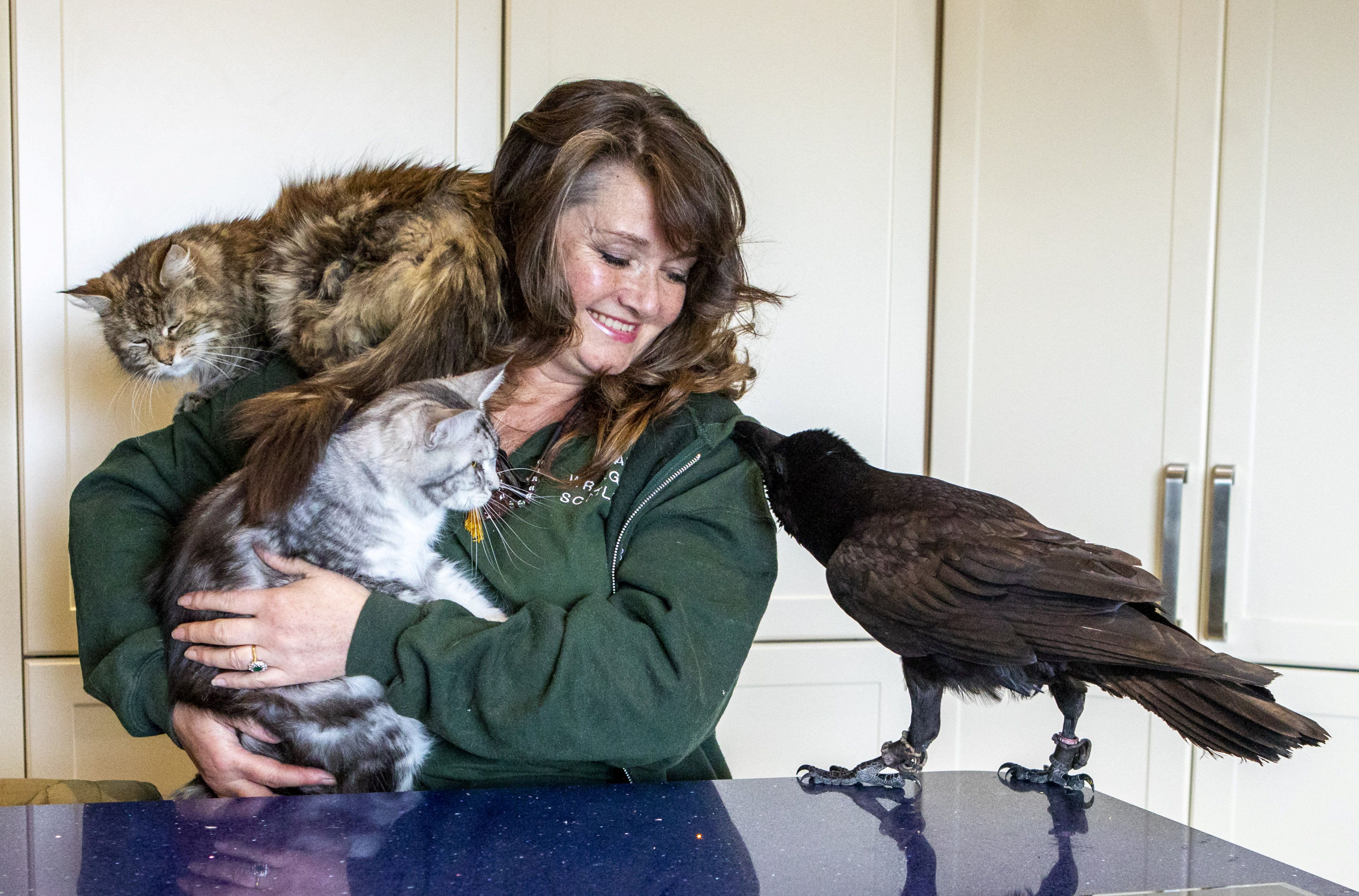 Animal trainer Bozena Bienkowska with Riot, the 11-month-old raven, and Maine coon cats Esme and Jasmine. “My job is making sure the animal is happy in its skin.” (Katielee Arrowsmith/Zenger)

Among her eclectic collection of pets are a raven named Riot and poodle Zeus, She also keeps Maine coon cats and her horse, Premarosa.

Bienkowska said goats are the easiest to work with, as they are motivated by food.

“I breed the dogs I use on film sets,” she said. “Poodles are very clever. I had a dog called Truffles, who worked with Colin Firth. She was amazing — she loved being on set and on location.

“My job is making sure the animal is happy in its skin. You get asked if you can get a dog to jump up and wag its tail. Animals want someone to follow; they want to be safe.

“There are so many levels of intelligence — it’s not just cerebral, it’s everything.”

Part of her role includes bringing in experts, such as eagle therapists, to work with animals she isn’t familiar with. Bienkowska also acts as a go-between with the assistant director, who keeps the production running smoothly.

Another of her wolf-hybrids was named Shakespeare. She said wolves are more like cats than dogs. “Wolves are magical.”

Despite working with actors such as Gerard Butler, she said CeeBeebies was her favorite job, crediting the staff of “amazing people.”

The veteran trainer believes the intelligence of animals is widely underestimated.

“They are much more capable than people think. People think of them like children, but they’re not. Animals are unique in their own right, and they have their own intelligence.”