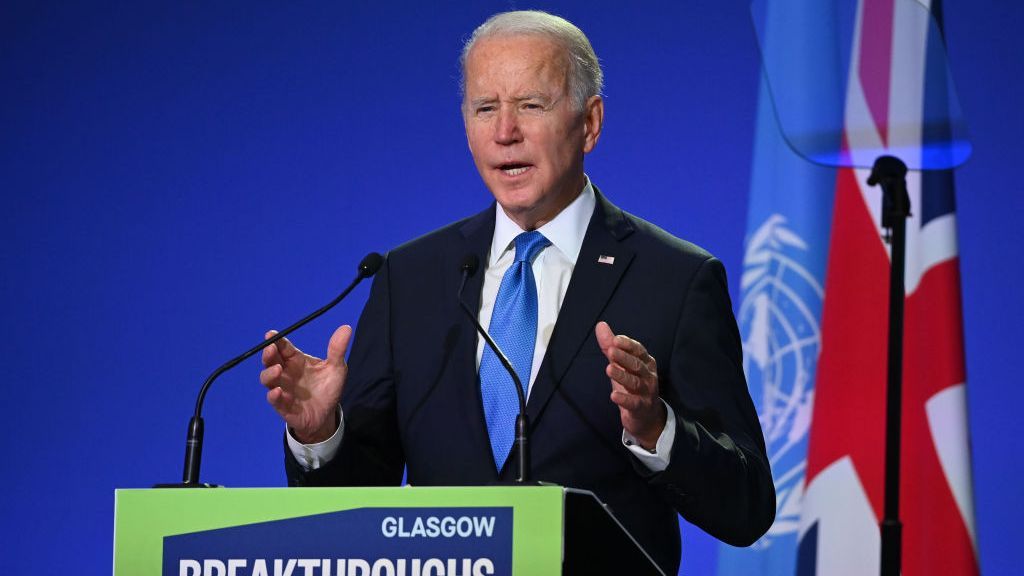 As national leaders gathered in Glasgow a few weeks ago for the COP26 conference, there was a feeling of progress toward net-zero carbon emissions.

President Joe Biden assured the global community America is committed to a greener future. “So let this be the moment we answer history’s call,” said Biden, regarding the green deals expected to come out of the conference.

But the conference proved disappointing on several fronts, according to U.N. Secretary-General António Guterres, citing the document signed by nearly 200 countries.

“It is an important step but is not enough. We must accelerate climate action to keep alive the goal of limiting global temperature rise to 1.5 degrees [Celsius],” he said. He also cited crucial goals yet to be achieved: ending fossil-fuel subsidies, phasing out coal, putting a price on carbon, protecting vulnerable communities, and delivering the $100 billion climate finance commitment.

That disappointment may be coupled with national widespread environmental regulation rollbacks in the U.S.

Since the start of the pandemic, at least 73 far-reaching environmental regulations have been rescinded. Some 29 are still in effect. Those are likely to mitigate the ongoing economic effects from COVID-19 lockdowns and an artificially created recession.

The rollbacks still in place include:

The Environmental Protection Agency will no longer require disinfectant manufacturers to receive approval for changes to certain ingredient suppliers or for changes to ingredients. This rollback has already caused massive FDA recalls on products containing benzene, a chemical that can have dangerous levels present in the atmosphere when used daily in a manufacturing plant. Where have massive benzene-related recalls been? Mostly in hand sanitizers manufactured during the pandemic.

The National Highway Traffic Safety Administration issued an “interim final rule that delayed an adjustment of the civil penalty amount for auto manufacturers that fail to comply with fuel efficiency requirements.” This rollback has stayed in effect amid President Biden’s recent goal to ramp up mileage and fuel efficiency rules for car manufacturers. 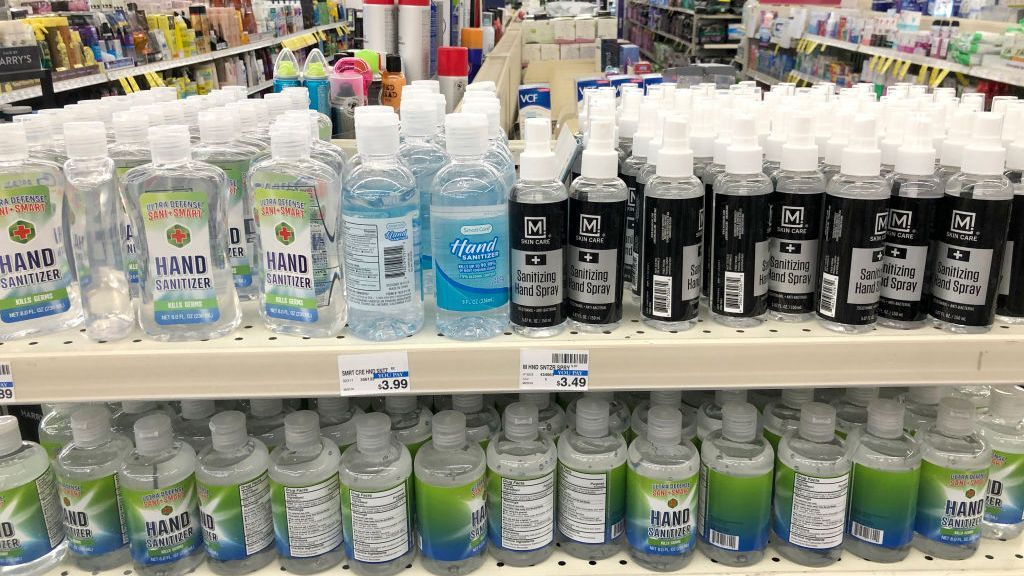 Georgia has reopened a polluting medical sterilization facility that closed because of concerns regarding high emissions of carcinogenic ethylene oxide.

New York has placed an exemption on emergency construction from environmental review requirements. New York also withdrew from the Restore Month Nature Bond Act, “which would have issued $3 billion in state bonds for resilience-building measures.” This policy essentially removes an economic incentive to invest in environmentally conscious practices.

Jason Shogren, who holds the Stroock Chair in natural resource conservation and management and economics at the University of Wyoming, said these rollbacks will thwart innovation that benefits the environment.

“You have to have these regulations to create incentives for innovation. People aren’t necessarily going to innovate and come up with more technologies to do more with less pollution unless there is not a financial reason to do so,” said Shogren.

Why is it important?

There is a disconnect between what the Biden administration is saying about a greener environment and the reality of increased environmental rollbacks.

These rollbacks beg the question: Do environmental regulations only work in a strong economy?

This idea is not a new one. The 15 worst countries on environmental policies are also some of the world’s poorest countries. Wealthier nations can afford to care about the environment because their basic needs have been covered.

“Poaching, illegal harvesting and killing of endangered species has skyrocketed around the world since COVID-19 lockdowns were enacted as people either desperate for food or eager to exploit a distracted government hunt giraffes, pumas, tigers and more at accelerating levels,” said a spokesperson from CFACT or the Committee For A Constructive Tomorrow, a Washington, D.C.-based organization that focuses on environmental stewardship. 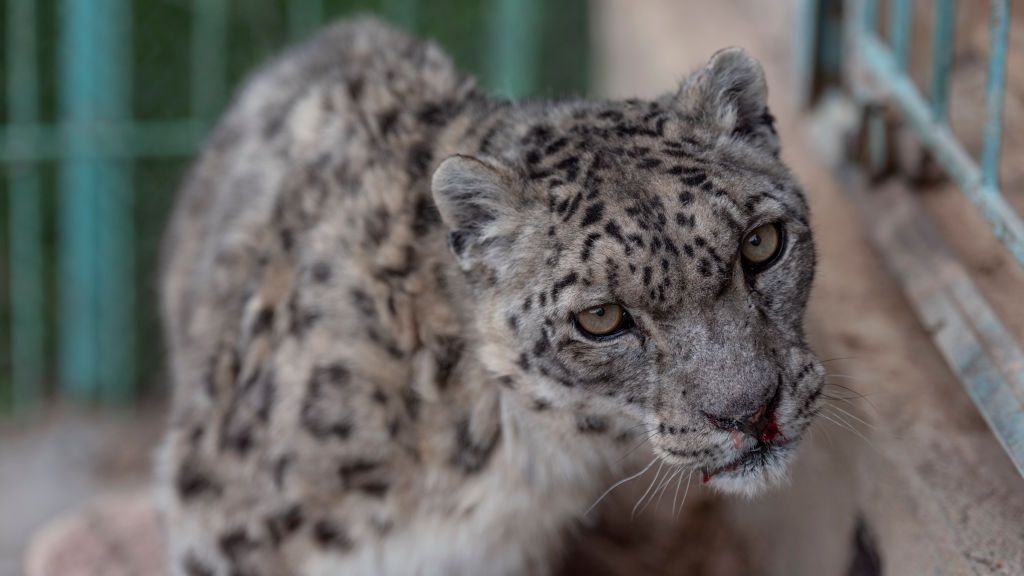 Snow leopards and other endangered species are facing an increase in poaching as the COVID-19 pandemic continues.  (Yam G-Jun/Getty Images)

The World Economic Forum said poaching of endangered species harms the biodiversity of the environment, especially when it furthers the extinction of a species.

“Wealthier nations have cleaner environments, so anything we can do to remove the devastating economic impacts of COVID-19 lockdowns should be applauded by those concerned about the environment,” CFACT said.

Shogren agrees the better an economy is doing, the better the environment fares.

“The argument is summarized by what is called the Environmental Kuznets Curve. As the economy grows, pollution goes up. When we get rich enough to take care of the problems, then it starts going back down. It is like an inverted U. You climb this hill of pollution, and you start going down the richer an economy becomes,” Shogren said. 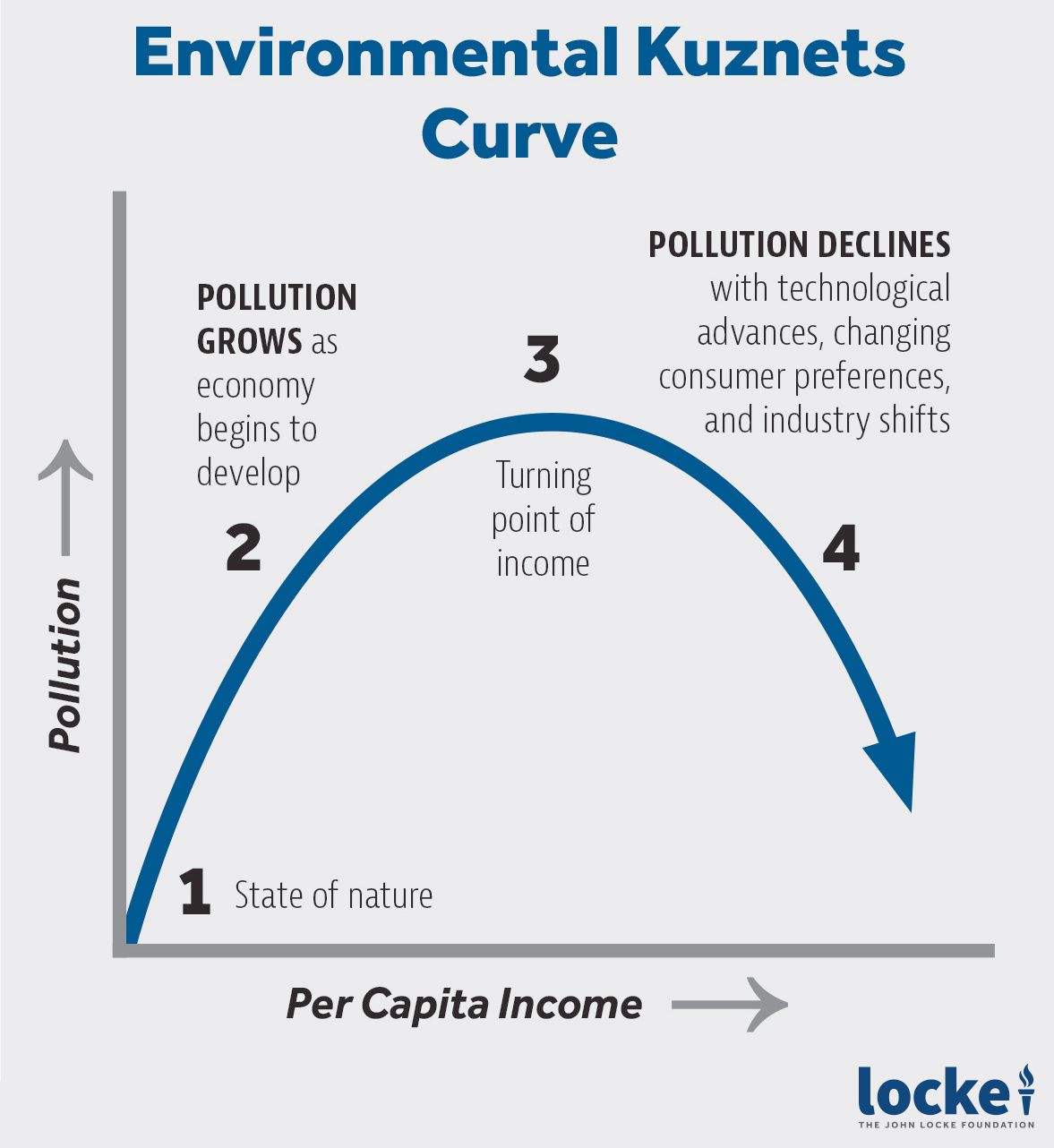 According to one expert, the Kuznets Curve illustrates as the economy grows, pollution goes up. When a country becomes wealthy enough to address environmental problems, it starts going back down. (Courtesy of the Locke Foundation)

Environmental scientist Jesse H. Ausubel cites a specific example. He believes the cap is around $6,200 GDP per capita in 2021 dollars for deforestation to stop or a new forest to be created. This idea is evident in wealthier nations, like the U.S. or Europe, where there are more trees than there were 100 years ago. Conversely, deforestation is on the rise in poorer nations.

“An economy grows a lot of times on the backs of the environment. To do both at the same time has always been a slow process,” Shogren said.

Ben Bostick, an associate professor at Columbia University’s Lamont-Doherty Earth Observatory, takes exception to this thesis, fearing it is the wrong approach. “One of the things in our society that we’ve done is created a dichotomy. Either you are for the economy or for the environment.

So why are national, state and local governments, targeting the environment?

“What else can you do to jump-start the economy? Well, you have two sides, you can either reduce the constraints that are causing industries to slow down. Another way to do it would be to reduce benefits to workers. But that is pretty hard to do. People can complain, and the reaction of people who have their benefits rolled back and different health and safety standards rolled back are going to speak up. The environment doesn’t talk for itself,” said Shogren.

It is unknown how long the U.S. environmental regulation rollbacks will stay in place or if they will produce an economic rise.

The EPA said in a comment relating to its environmental regulation rollbacks: “The COVID-19 pandemic has affected EPA’s ability to conduct inspections in the field, requiring EPA to utilize existing and novel tools to increase its off-site monitoring to ensure public health is protected.”

But the agency also said: “… EPA has continued to initiate enforcement cases based on inspections in the pre-COVID-19 years, as well as off-site monitoring tools more recently.”

The post Do Environmental Protection Laws Only Work When The Economy Is Doing Well? appeared first on Zenger News.

Do Environmental Protection Laws Only Work When The Economy Is Doing Well?.

Read more: Do Environmental Protection Laws Only Work When The Economy Is Doing Well