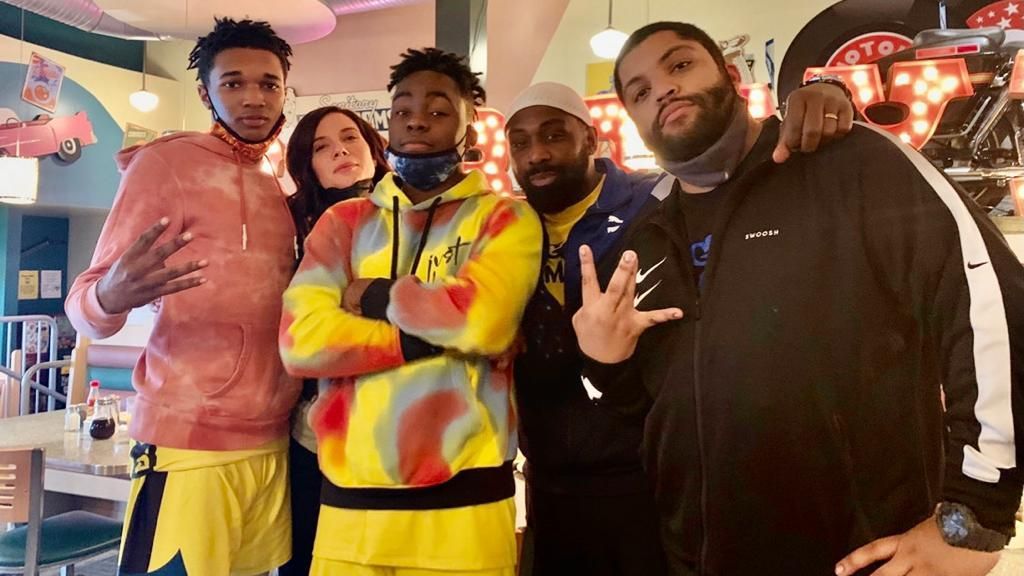 Altruism is a way of life for Ozie Nzeribe.

“I’ve been raised to put others before myself” said Nzeribe, an International World Peace Youth Ambassador in 2016. “I enjoy seeing the smile on people’s faces that I help. You can’t put a price on that.”

Nzeribe’s rap moniker, ZMNY, is derived from a childhood nickname given him by his father. He has worked with or met entertainers such as Beyonce, Snoop Dogg and Brandy, among others. 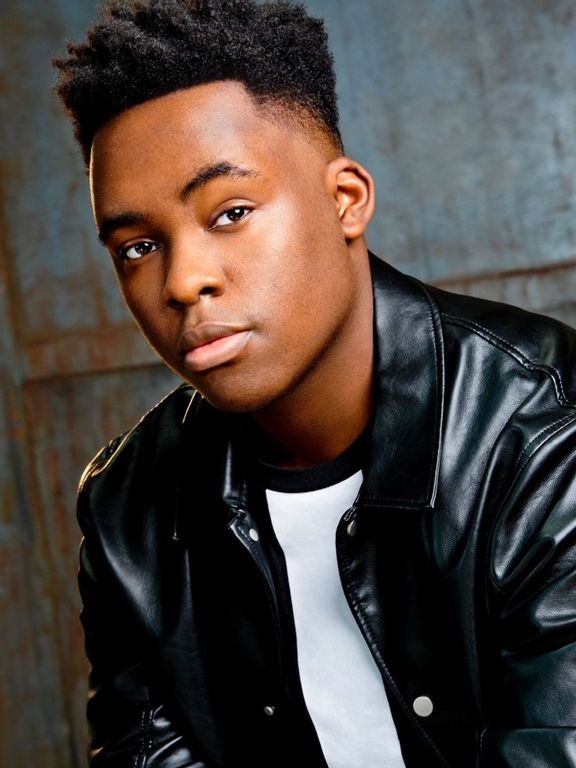 Ozie Nzeribe, 19, aspires to be a platinum-recording /Grammy-winning music artist, as well as an Oscar-winning actor. (Courtesy of Randi Cone/Interdependence Public Relations)

“I aspire to be a platinum-recording, Grammy-winning music artist,” said Nzeribe, 19, “as well as an Oscar-winning actor for thrillers, comedies, mysteries, drama and sci-fi.”

Nzeribe spoke to Zenger about his young life and aspirations.

Zenger: Have you always been musically creative?

Nzeribe: I played a little basketball and football for fun but not for a team or professionally. Music has been a part of my life for as long as I can remember. I went from performing covers at family weddings to recording my first song at 13 years old with Ray J Norwood [younger brother of actress and singer Brandy Norwood].

I have kept going since then. As for acting, it was an unexpected gift that I was glad to receive. Some of my inspirations for music include Chance The Rapper, Billie Eilish, Tyler The Creator, Oliver Tree, Polo G and Lorde. 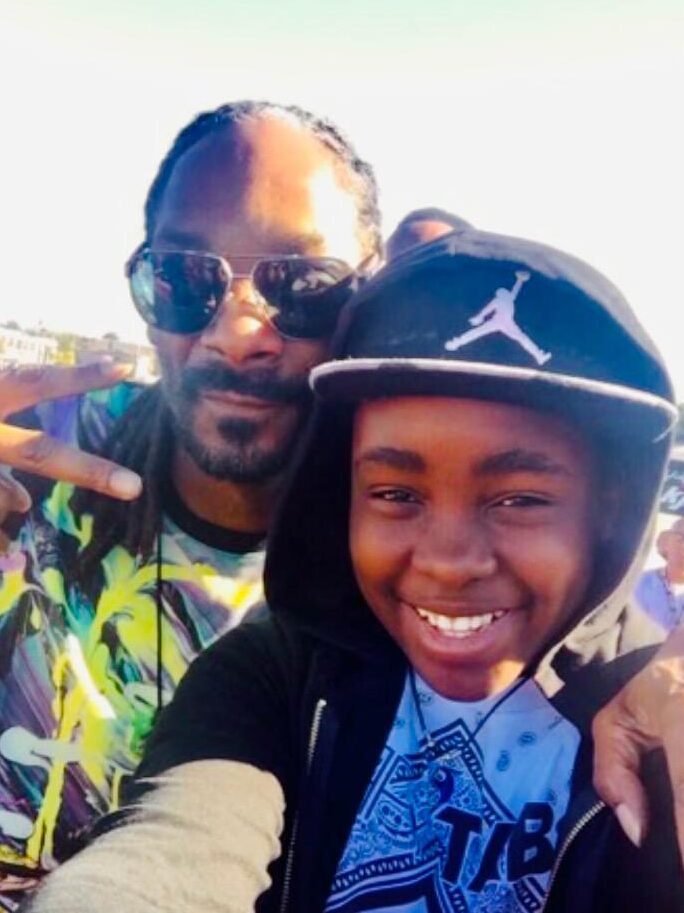 Zenger: Can you characterize your role as Royale Huges, on Kevin Durant’s “Swagger”?

Nzeribe: My character, Royale Hughes, is a very misunderstood player on team Swagger. He is a bit of an outcast, desperately wanting to fit in. But due to his shortcomings in basketball caused by his dyslexia, he is only pushed farther outside of his teammates’ inner circle.

The only reason Royale is on the team in the first place is because of his wealthy father supplying equipment to the team, so nobody thinks he belongs there. But Royale knows he belongs on the team.

Royale knows the game better than anybody. Having dyslexia has heightened his memorization skills, allowing him to keep track of everyone’s basketball tendencies and ball movement. This allows him to later rise to the occasion and shows everyone what he’s made of.

Zenger: Can you set up Royale’s crowning achievement — nailing the game-winning shot in a basketball game?

Nzeribe: In “Maze,” episode 9, Royale finally gets his time to shine after overcoming the obstacles his dyslexia created for him in basketball. Royale is finally stepping up and showing out, especially when Isaiah Hill’s character (Jace Carson) gets injured.

Royale has to sub in for him and ends up sinking the game-winning shot! Team Swagger then rushes the court to celebrate and congratulate him as the crowd and his dad go crazy! This was definitely one of the greatest moments in Royale’s life. 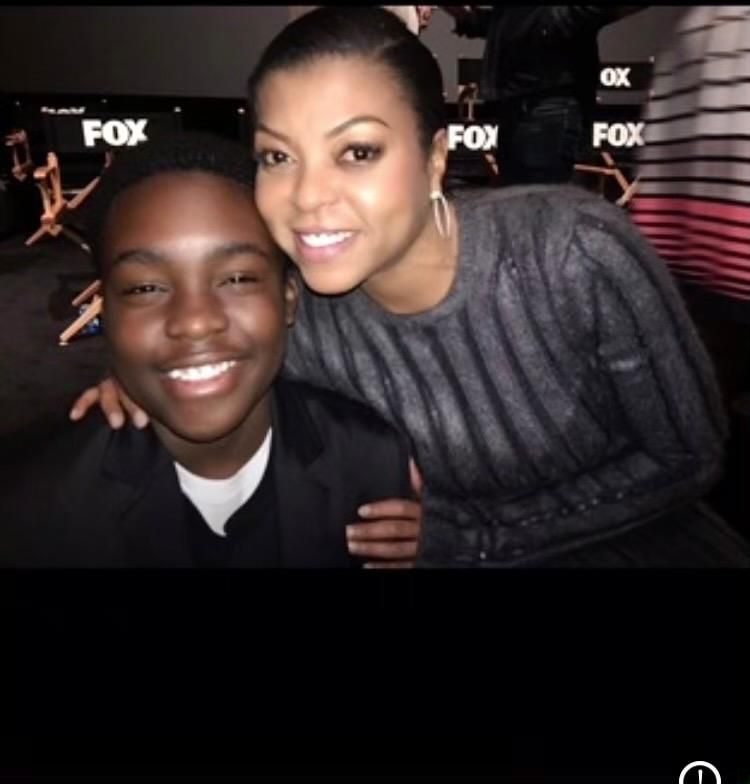 Zenger: Have you had any conversations with creator Kevin Durant regarding insight into your character or eliciting advice or counsel?

Nzeribe: Unfortunately, Kevin couldn’t be on set all the time because of COVID rules and quarantine, but when we did talk, he would make sure to drop little gems about how I can better play my character, like to live in the moment during scenes, whether it’s a happy one or a sad one.

Zenger: Are there any similarities between Royale’s life being from an upper middle class family, his learning issues, personality and the bullying issues that are similar to your lived experiences?

Nzeribe: I relate to my character in some ways but not in every aspect. Royale and I both share dyslexia, being in the upper class, and we have both experienced wanting to fit in. These are the only traits of my character that are alike. I have been teased when first beginning my music career, but nothing as bad as Royale’s hazing. I am living an amazing life.

Zenger: Have you received tips from rapper Ice Cube’s son, O’Shea Jackson Jr., or, otherwise, learned anything from him about acting, rapping or the business in general?

Nzeribe: I’ve definitely been inclined to ask O’Shea certain questions about the acting world, specifically what kind of roles I should and should not take. He went on to tell me if I’m not comfortable with a role, I shouldn’t do it, and that this is supposed to be fun, not just a job.

Zenger: Are there messages “Swagger” addresses regarding race, abuse or other statements?

Nzeribe: Race and abuse, these two subjects have been around practically forever, and the struggles and lessons remain the same. Race will always come into play in everyday situations, but you have to keep your head up high when faced with adversity.

If you want change, you have to take it — but not with violence. You have to do it by taking a stand and using your words. Abuse, whether it be mental or physical or both are equally serious issues, and people who are in trouble should always be urged to speak up.

Zenger: Do you have any advice on how youth can get started in pursuing their goals and dreams?

Nzeribe: If you want to pursue the acting or music industry and one or the other is truly your passion, stick with it. It’s going to be hard work and not always consistent, but believe in yourself and have patience — your time will come.

Also, always have a backup plan. This industry is constantly changing. You never know what’s going to happen next, so finish school, go to college, get a degree, so even if it does work out for you, you can succeed in both areas.

Zenger: Switching gears, how was your experience on the Ellen DeGeneres show?

Nzeribe: I gained a check off my bucket list. I had always been a great admirer of hers, and [it] was such an honor to be her guest. We played games, we laughed and went home with a flat-screen TV.

Zenger: How about working with Beyonce in her “Black is King” video?

Nzeribe: “Black is King” was one for the books! Met so many kind, talented, and funny people working on that set. There were so many outstanding dances, amazing music, lots of tribal face paint, fire, even a monkey!  I’m so grateful that Beyoncé handpicked me and the others to be on the project.

Zenger: How did you come up with ZMNY and the way to pronounce it?

Nzeribe: ZMNY was actually a nickname I got from my dad. It’s pronounced Zmoney. When I was a kid, I was always obsessed with getting money any way I could, whether it’s rifling through our couch cushions or tricking my parents into giving me extra allowance.

Zenger: Of the rap songs you’ve created — your debut single “Hater Free” and “Happy,” “DJ Khaled” and “Promise” — which are your favorites in terms of the stories they tell and their intended impact?

Nzeribe: Well, as far as meaningful songs, “Promise” is definitely first. I remember coming up with the first couple bars one night and wanting to make it a kind of tool to show people what’s really important and how we should all do more to help others. 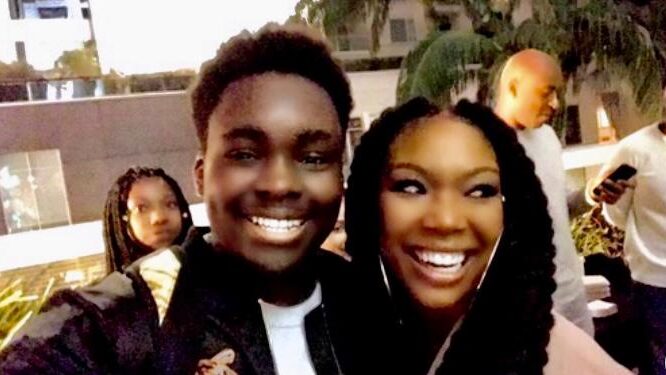 Zenger: How old were you when you made “Hater Free” with Ray J and were you successful in delivering your introductory message?

Nzeribe: I was 12 years old when Ray J and I first made the song, and I turned 13 the day we did the music video. I got a lot of good feedback, but from time to time, haters are bound to come from the woodwork trying to keep you down. I just never allow them to.

Zenger: Todd, your recurring character in “Shameless”— how old is he, what’s his relationship to Liam, and his overall representation of African American youth?

Nzeribe: Todd was actually one of my first acting jobs ever. Todd was the biggest and scariest kid in Liam‘s sixth-grade class. He was about 15 years old and got held back a lot. At first, he was a bodyguard type figure for Liam, and in exchange, Liam did his homework. But later in the next two seasons Liam Gallagher (Christian Isaiah) and I grew into fast friends and brothers on and off the set.

There’s even a time Liam spent a good amount of time at Todd’s house, basically teaching him how to be black, considering he grew up in a white home. My character on the show … was really just to be there for Liam, to be his friend and guide him and occasionally make fun of him when he gets into trouble

Zenger: What did you learn from working with Oscar nominee William H. Macy in “Shameless”?

Nzeribe: Considering it was the first show I ever worked on, working with William has given me a whole new outlook on TV series and in film altogether.

I now know how much time and effort goes into every single take, and all the hard-working people that are present during this amazing process, something I will never forget.

Zenger: What was your role in “Little Fires Everywhere” and what did you gain from working with Oscar-winner Reese Witherspoon and the accomplished Kerry Washington?

Nzeribe: I had the pleasure of guest-starring in Hulu’s “Little Fires Everywhere.” I was a concerned student confronting one of the main characters about a racist remark that was made.

It was such a fun job and an honor to work alongside Reese Witherspoon and Kerry Washington, both extremely talented women.

Zenger: Having served as a World Peace Ambassador in 2016, can you discuss your role as a humanitarian advocating against violence, racism, human trafficking and bullying and why that it is important to you?

Nzeribe: I’ve been raised to put others before myself. God has blessed me with so much, it is only fitting to pay it forward. I enjoy seeing the smile on people’s faces that I help. You can’t put a price on that feeling. To be a youth advocate, to me, is just doing the Lord’s work, and I love to do it.

Zenger: What are some of the best ways to address issues facing youth today, such as suicide, bullying, trauma, substance usage, domestic violence?

Nzeribe: These are all very serious topics, and I believe suicide is one of our biggest problems today, especially with our youth taking their lives because of extreme depression, thinking their lives have no meaning, or that they are not loved. Everyone needs to do better with encouraging others and instilling kind words.

The post Ozie Nzeribe Aims To Change The World As A Youth Advocate, Actor And Rapper appeared first on Zenger News.

Ozie Nzeribe Aims To Change The World As A Youth Advocate, Actor And Rapper.

Read more: Ozie Nzeribe Aims To Change The World As A Youth Advocate Actor And Rapper