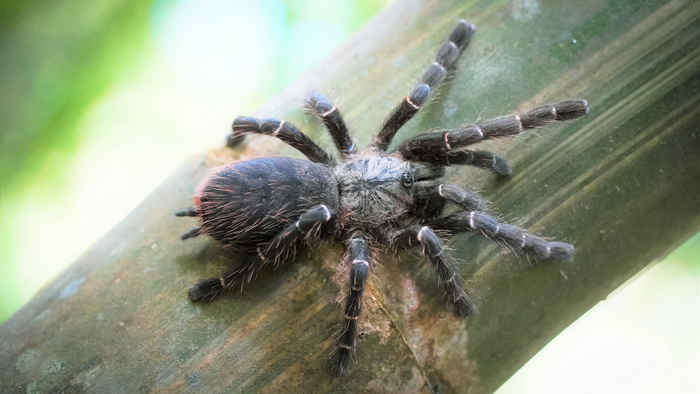 Deep in the tropical forests of Thailand, wildlife YouTuber JoCho Sippawa discovered a type of tarantula spider that lives exclusively inside bamboo stalks.

In Southeast Asia, tarantulas are usually found in trees or on the ground. Arboreal tarantulas can be found on various kinds of trees, but this is the first to be found exclusively on one specific type of tree.

“These animals are truly remarkable; they are the first known tarantulas ever with a bamboo-based ecology,” said Narin Chomphuphuang, an arachnologist at Khon Kaen University. He worked with Sippawa and Chaowalit Songsangchote of Kasetsart University on a study that appeared online in the journal Zoo Keys. 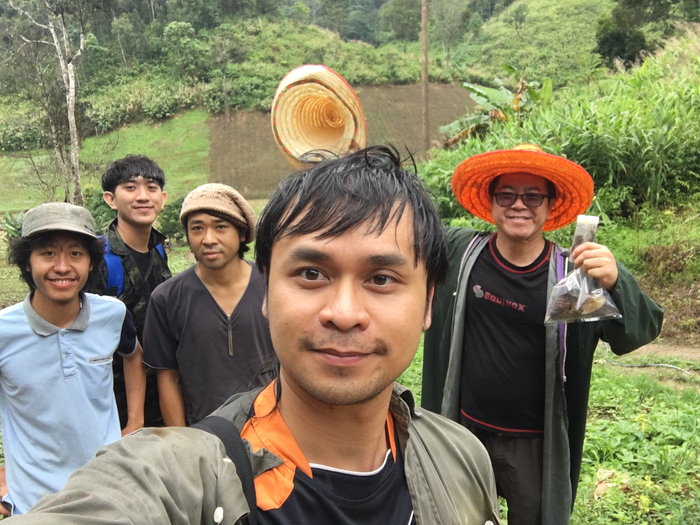 Bearing the scientific name Taksinu bambus, this species lives inside mature stalks of Asian bamboo. They enter the stalk, or culm, through entrances ranging from just an inch in width to larger fissures. Inside the stalk, the spiders build silky tubular burrows. All the tarantulas in the study had built silky retreat tubes that filled the cavity in the stems.

“This species is unique because it is associated with bamboo, and we have never observed this tarantula species in any other plant. Bamboo is important to this tarantula, not only in terms of lifestyle but also because it can only be found in high hill forests in the northern part of Thailand, at an elevation of about [3,280 feet]. It is not an exaggeration to say that they are now Thailand’s rarest tarantulas,” Chomphuphuang said.

Because these tarantulas are unable to bore into the tough bamboo stems, they often rely on other creatures such as the bamboo worm, carpenter bee, borer beetle and even rats to do that hard work for them. 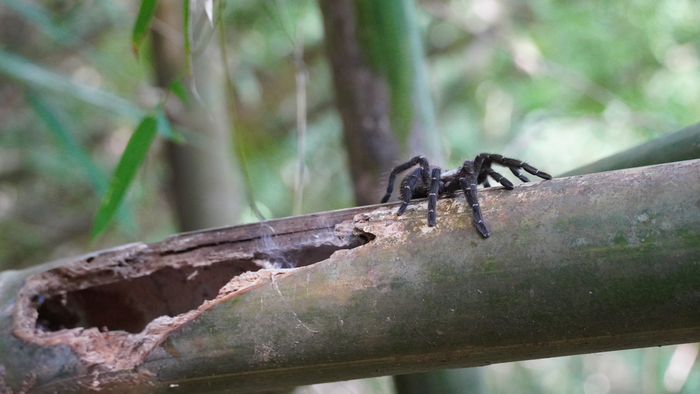 A bamboo tarantula (Taksinus bambus) is seen next to a fissure in a bamboo stalk. At the entrance, filaments of spider silk are evident. (JoCho Sippawat)

The new Taksinus genus was named in honor of King Taksin the Great of Thailand (1734–1782), but also in recognition of the monarch’s role as Phraya Tak, or governor of Tak province, from where the tarantula originates.

Distinguishing Taksinus from other Asian spider denizens of trees is its short embolus, or copulatory organs of the male front forelegs, known as pedipalps. The embolus introduces sperm into female tarantula receptacles while mating.

While Borneo, Indonesia, Malaysia, Singapore and Sumatra have reported arboreal spiders, this is the first such genus discovered in Thailand.

Realizing that much of the country’s wildlife is undocumented, Chomphuphuang pointed out: “Thai forests now cover only 31.64 percent of the country’s total land area. We are primarily on a mission to research and save the biodiversity and wildlife within these forests from extinction, especially species-specific microhabitats.”