US Petroleum Demand Slumps But Outside Factors Are Bullish 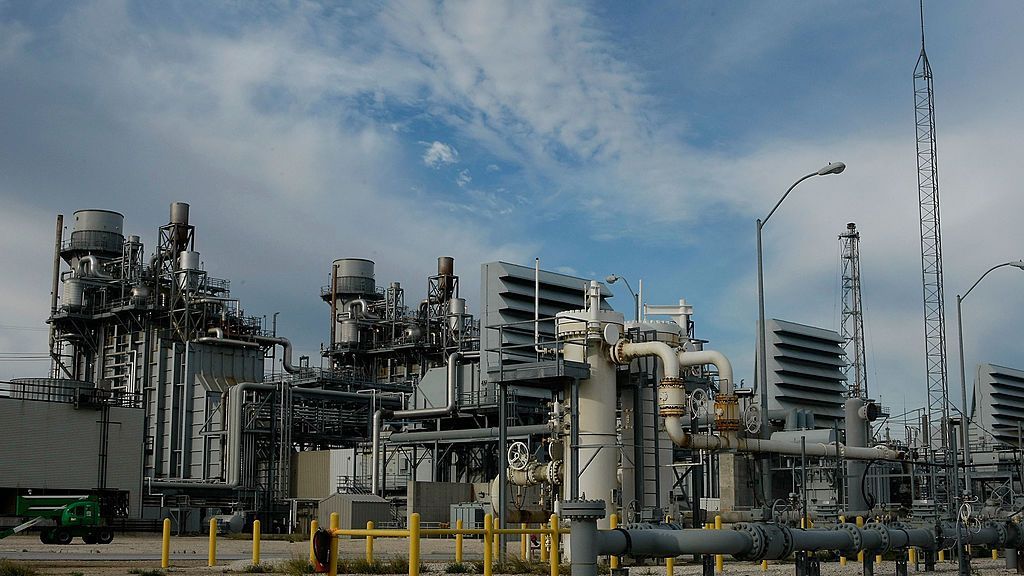 The U.S. Energy Information Administration, part of the Energy Department, publishes weekly data on storage levels of crude oil and refined petroleum products such as gasoline and jet fuel. Increases are usually indicative of a slump in demand, while the opposite holds for declines in commercial storage.

Meanwhile, total motor gasoline inventories increased by 10.1 million barrels, suggesting the drain on crude oil inventories was a result of an uptick in refinery activity. But across the board, the report showed total commercial petroleum inventories, including refined products and crude oil, increased 10.2 million barrels last week.

Al Salazar, the managing director at energy data firm Enverus, said that total build was accompanied by what looked like a decline in demand for road fuels, which would be somewhat consistent with seasonal trends. Inclement weather in early January and a decline in travel during the post-holiday period usually leads to lower demand.

“However, unexpected Libyan supply outages are offsetting promises from OPEC+ for more supply,” Salazar said. “This is keeping oil markets tighter than what we had anticipated.” 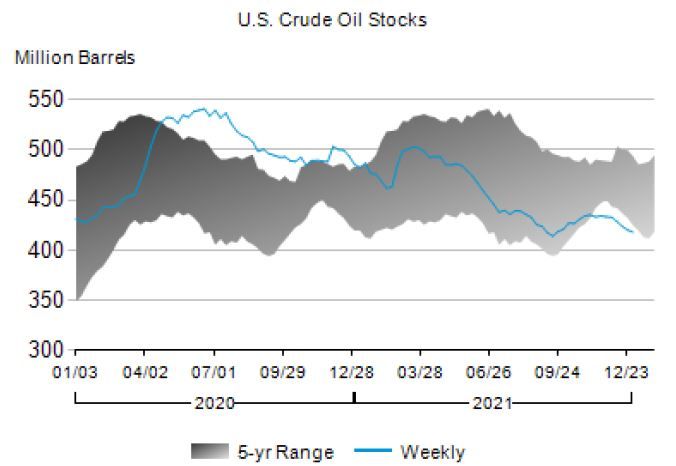 U.S. crude oil inventories are well below the five-year average, though it may be external events driving the current rally. (U.S. Energy Information Administration)

The Organization of the Petroleum Exporting Countries, of which Libya is a member, and their non-member state allies — a group known as OPEC+ — agreed earlier this week to put more barrels on the market starting in February. But political turmoil has kept Libya from reaching its full production potential since the country erupted in civil war in 2011. Political unrest that erupted as the nation tries again to hold election, coupled with field maintenance, has pushed Libyan crude oil production to lows not seen in more than a year.

Meanwhile, political violence in Kazakhstan helped add a geopolitical premium to the price of oil on Wednesday. Kazakhstan is home to the offshore Kashagan oil field, one of the largest discoveries in 30 years.

Elsewhere, however, pandemic concerns continue to ripple through the global economy. Despite emerging signs that highly contagious Omicron variant of the coronavirus is less harmful than earlier strains, economies of scale continue to enact tighter social restrictions. China, which has a zero-COVID policy, has so far refused to deploy Western-made vaccines that are more effective against Omicron than the homemade Sinovac jab.

In terms of the overall market reaction, Tamas Varga, an analyst at London oil broker PVM, said the federal report on inventories should have sent the market sharply lower given the apparent decline in demand.

“Not sure if it is a sign of things to come or just Omicron-related one-off,” he told Zenger. “Judging by the gut reaction of the market, it’s probably the latter.”

West Texas Intermediate, the U.S. benchmark for the price of oil, ended the trading day Wednesday at $77.85 per barrel, up some 1.1 percent on the day, and was marching toward $80 per barrel early in the Thursday session.

But with ongoing geopolitical concerns, the recent decision by OPEC to stand pat on supply levels and the media attention on the anniversary of last year’s storming of the U.S. Capitol building, traders had other things on their mind on Wednesday.

“This EIA report is a mixed bag and when you factor in the Omicron impact for the next few weeks, traders are just going to shrug this report off,” said Ed Moya, Senior Market Analyst at OANDA, referring to the Energy Information Administration. “This report probably keeps OPEC+ happy and that should support higher oil prices.“

The post US Petroleum Demand Slumps, But Outside Factors Are Bullish appeared first on Zenger News.

US Petroleum Demand Slumps, But Outside Factors Are Bullish.

Read more: US Petroleum Demand Slumps But Outside Factors Are Bullish