Controlled Burns May Lock In More Carbon Than Planting Trees 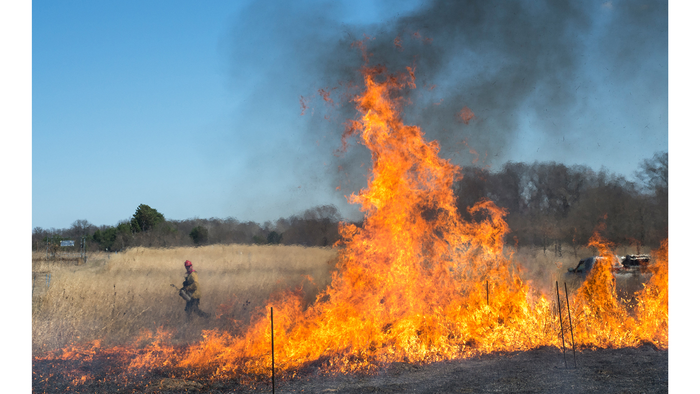 Prescribed burning in temperate forests and grasslands may actually increase carbon storage in the soil, researchers have learned, as long as the frequency and intensity is “just right.”

“Using controlled burns in forests to mitigate future wildfire severity is a relatively well-known process. But we’ve found that in ecosystems including temperate forests, savannahs and grasslands, fire can stabilize or even increase soil carbon,” said Adam Pellegrini of the University of Cambridge, co-author of the study published in the journal Nature Geoscience.

The study focused on topsoil less than about 12 inches deep. More carbon is stored in soil than in the world’s vegetation and atmosphere combined, the study’s authors said, and naturally occurring fires are an important part of the carbon cycling process. 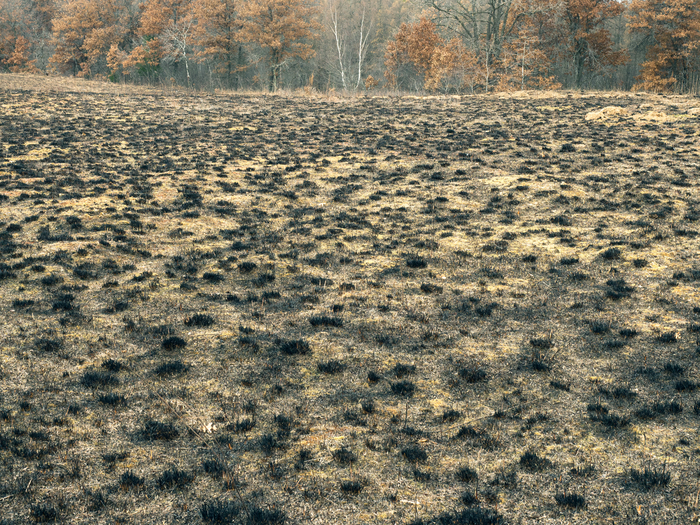 The look of the landscape following a prescribed burn. (Adam Pellegrini)

Severe wildfires burn plant matter and organic layers of soil, leading to erosion and carbon leaching. Once that happens, it can take years or decades for the soil to re-accumulate that lost carbon.

But fire can also transform soil to offset carbon losses and stabilize ecosystem carbon, according to the study.

By creating charcoal, which doesn’t easily decompose, and aggregates, lumps of soil that protect carbon-rich organic matter at their center, fire stabilizes soil carbon. It can also increase carbon found in soil minerals. 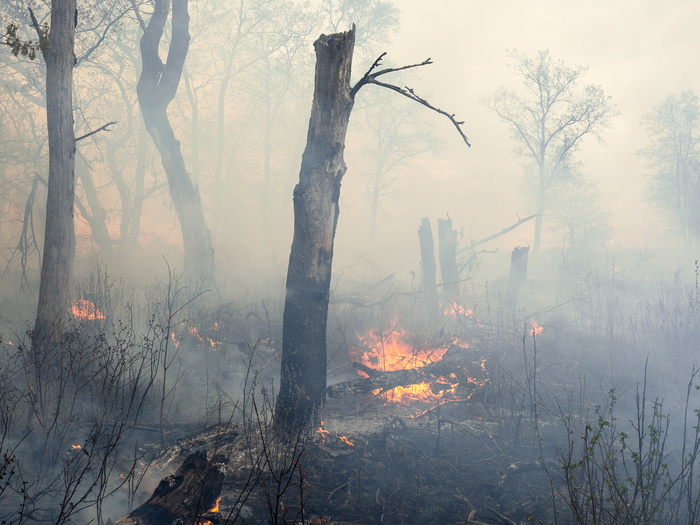 A prescribed, controlled burn of an oak savannah. (Adam Pellegrini)

“Ecosystems can store huge amounts of carbon when the frequency and intensity of fires is just right. It’s all about the balance of carbon going into soils from dead plant biomass and carbon going out of soils from decomposition, erosion and leaching,” Pellegrini said.

When fires are intense and frequent, especially in densely planted forests, organic material that would otherwise decompose and release carbon into the soil is burned. Such fires can destabilize soils, break off carbon-based organic matter from minerals, and kill bacteria and fungi.

In the absence of fire, plant matter is consumed by microbes and released as carbon dioxide or methane, recycling the carbon. The study found that cooler, infrequent fires may increase carbon retention by producing charcoal and soil aggregates that protect from plant matter decomposition. 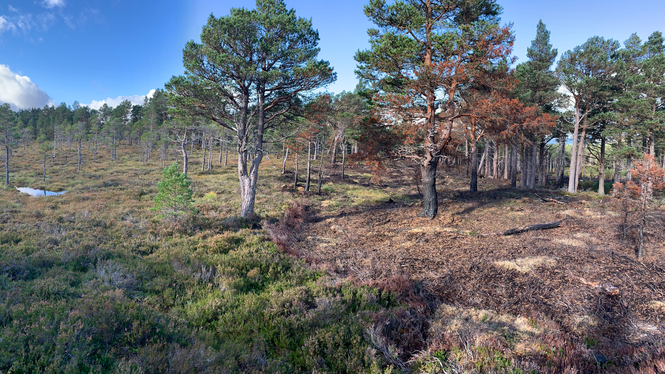 A visible fire gradient seen in a peatland. (Adam Pellegrini)

“Most of the fires in natural ecosystems around the globe are controlled burns, so we should see this as an opportunity,” Pellegrini said. “Humans are manipulating a process, so we may as well figure out how to manipulate it to maximize carbon storage in the soil.”

“In considering how ecosystems should be managed to capture and store carbon from the atmosphere, fire is often seen as a bad thing. We hope this new study will show that when managed properly, fire can also be good, both for maintaining biodiversity and for carbon storage,” Pellegrini said.

Controlled Burns May Lock In More Carbon Than Planting Trees.